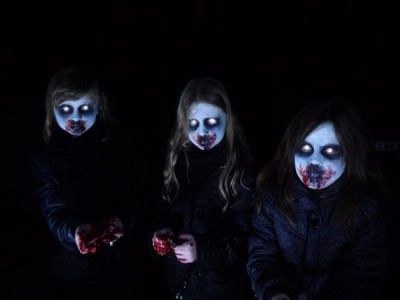 How long did it take you to script out your movie – Ouija ?

Ouija took 4 days to script being my first script I think it was done relatively quick.

What kind of research did you do regarding Ouija Boards ?

Well always being a curious child like a lot of young teenagers a friend of mine sparked up the idea of doing an Ouija board I heard stories and didn’t want to touch it so I watched silently as my two friends began to ask is there anybody there.

About an hour later nothing worked i began to feel at ease but also a little disappointed so from then on i used to play around with the arts for years looking at stories on the internet and how to do it the safe steps etc but never worked for me, but still in the back of my mind i still believe that they do work sparking me
to write a film about it as you don really see many Ouija board films.

What has been your proudest moment so far during the filming process of Ouija ?

The proudest moment i would have to say was actually seeing my script come together successfully on camera and it worked it really does look awesome.

Have you had any major stumbling blocks in trying to get your film made ?

As a matter of fact we had a few stumbling blocks the generator not working causing no lighting the weather disrupting us and even our filming site being messed with but we got past the problems pushed on and looking back it was all worth it.

What other horror directors or horror movies have inspired your filmmaking ?

I’d have to say im a big fan of Stephen King and Wes Craven, horror being my favorite genre and have always wanted to be a part of a horror film. Seeing low budget horrors like Blair Witch doing so well directing my first low budget horror seemed the perfect idea.

What has it been like while filming in the woods near Shelton Lock ?

What details can you give us about the demons that are unleashed ?

There are three demons unleashed in Ouija the main demon, a very creepy demonic woman and three ghost children who add to the killers list. With a few extra surprises along the way.

What do you enjoy more, acting or directing ?

Ok good question, if you had asked me this question last year i would have said acting and not even thought of directing, now over the years watching some of the greatest directors on display i would say im evenly matched i love acting and directing i look forward to directing again in the future.

Does Ouija have a tag line, if not what do you think a good tag line might be ?

Yes it does ‘No second chances’ a tagline which speaks for itself.

Could you tell us what the experience was like to be the 23rd Bond movie, Skyfall ?

Without giving too much away Skyfall was a fantastic experience for me, got to work with a lot of stars and the special effects was nothing like i seen before, I’ve worked on big budget films before but Skyfall was a cut above the rest it really was an experience I won’t forget. 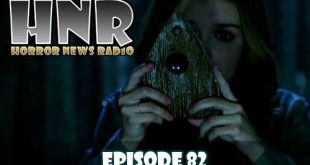 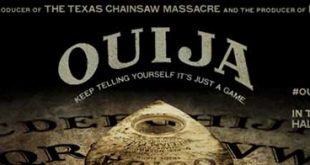