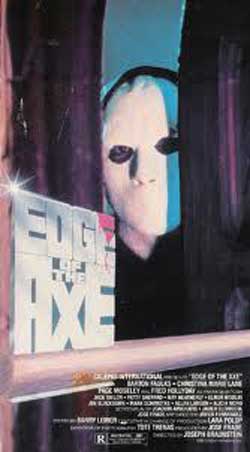 People in a small town are being hacked to pieces with an axe by someone wearing a creepy white mask. Law enforcement in the area is basically clueless as to who is behind the murders so a young computer whiz named Gerald and his sort of girlfriend Lillian try to solve the mystery themselves. Will they find out the person’s true identity and stop him before he kills again?

I really enjoyed this movie a lot, and in a way I think that it is terribly underrated and a little ahead of its time. Most people may disregard it as just another horror flick about someone running around killing people with an axe, but there is a lot more to it than just that. It has a well-written script for the most part and a brilliant twist at the end that I (and most viewers) won’t see coming that really works. While there is a fair amount of cheese to be found here at times too (some of the interactions with Gerald and Lillian were pretty corny, especially when they were using the computers to communicate), but overall I thought that it was a pretty damn good movie that kept me entertained from beginning (which starts off with a pretty cool death scene at a car wash in broad daylight) to the very awesome (and intelligent) twist ending. 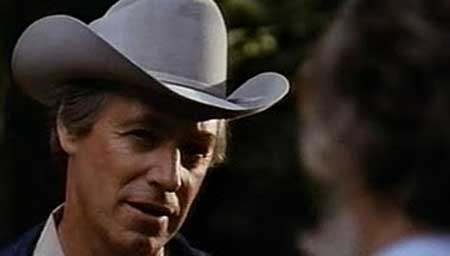 I have always thought that horror movies that are set in small towns were a lot more effective than the ones that take place in the larger cities. I think I feel this way because small towns are supposed to be safe places and when someone goes on a killing spree in one of them it proves that no place is truly safe from violence (plus I grew up in a small town and know how shocking it is to the community when someone is murdered by someone else). Edge of the Axe takes place in a small town, and I think that it does a great job of capturing the feel of small town life and how differently the people who live there react when there is a violent murder (some of them are terrified, some of them are in denial and refuse to believe that there is a killer stalking about their town, some begin to suspect others of being the guilty party, etc). I think that one of the main reasons I really liked the movie was the fact that the setting was a small town and I don’t think that it would have had the same vibe to it if it had taken place in a more urban area. 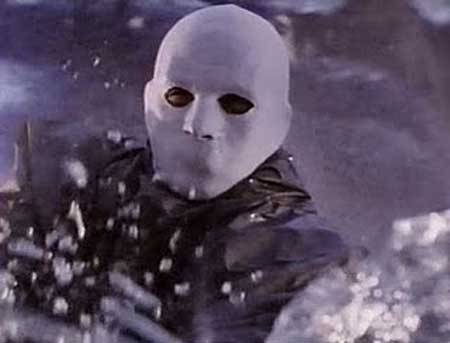 I also liked that the identity of the murderer is kept secret until the end as it is fun trying to figure out who it is under the mask running around chopping people up (I thought I had it figured out but I was totally wrong). There are several red herrings thrown into the mix as well as the possibility that it could be Lillian’s cousin who she believes is responsible for the murders because of what happened to him as a child (she was responsible for an accident that caused him to suffer a major head injury). Who is the mysterious killer? Is it really Lillian’s cousin seeking revenge, the (idiot) police chief who refuses to believe there is a murderer in his town, Gerald’s pal who unhappily married, or someone entirely different? I know, but I won’t tell (but let’s just say that when it is revealed it is pretty original and shocking).

There were just a few things that I didn’t like about the movie, but they weren’t anything major. For a movie about an axe murderer there wasn’t a great deal of bloody dismemberments taking place and some of the death scenes actually took place off screen. I also didn’t really care about Gerald’s friend’s marriage problems as it really didn’t add anything to the overall story and seemed kind of pointless even though the filmmakers decided to make it a big part of the movie. I also just wasn’t too big on the character of Gerald either, and even though he is basically the main character I found him to be quite annoying and unlikable. Thankfully though we have Lillian as our other main character, and she is quite awesome and I really dug her (which helped make up for the fact that I didn’t like Gerald at all). 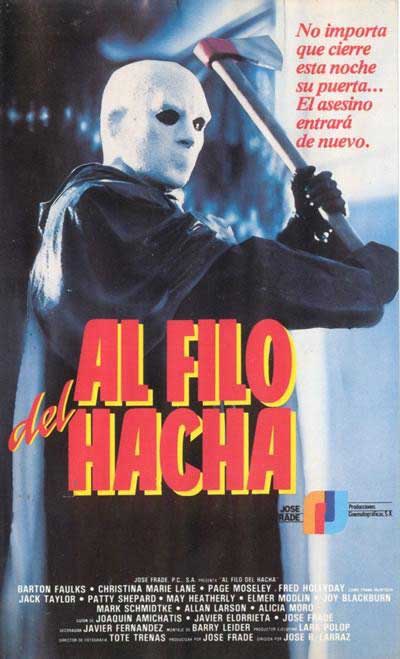 Edge of the Axe is just a good slasher flick that has a lot of great things about it. I don’t think that a lot of people are aware of it as it popped up in the late 80’s when the whole slasher flick craze was coming to an end and fans were looking into other horror subgenres to get their thrills. I really liked it a lot and I think that it deserves a lot more recognition than it deserves. Check it out and judge for yourself, but I can see a lot of viewers out there really getting into it and enjoying it immensely.