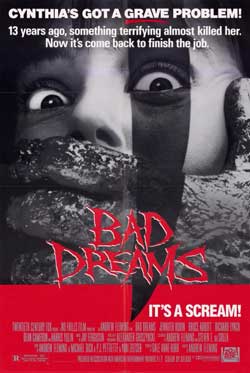 In the mid-’70s, a cult group called Unity Field commits mass suicide, but a young girl survives. After being in a coma for thirteen years she wakes up in a psyche ward, not remembering the incident. The psychiatrist tries to help her remember, but she begins seeing the leader of the cult talking to her from the grave, and the other members of her therapy group begin to commit suicide around her. Or is it suicide?

Bad Dreams does a very good job of channeling Nightmare On Elm Street 3: Dream Warriors which I will say right off the bat is not a bad thing, seeing as how that movie rocks and is one of my favorites of the Nightmare franchise. The star of this film, Jennifer Rubin, appeared in Dream Warriors. The plot centers around a border personality group in a psych hospital that, thanks to Jennifer, start to die off one by one. And oh what fun it is!

Add to that the fact that the film is directed by Andrew Fleming (from The Craft) and the screenplay was co-written by none other than Steven E. de Souza (Die Hard, The Running Man, and Commando, one of my all time favorite over the top films) and it’s hard to go wrong. And to sweeten this mix even more the producer was none other than Gale Anne Hurd (The Terminator, Aliens, Tremors). I mean seriously, this is dang near a dream team for a horror movie.

The movie starts off in the early seventies when peace and love was the still the goal of many a hippie. In a large wooden house atop a hill a group of about thirty “hippies” are part of a cult named Unity Fields. Their charismatic leader is a white haired man named Harris, and he loves all of his children. Two of their sayings are “you belong to us forever” and “our love will never die.” How nice. 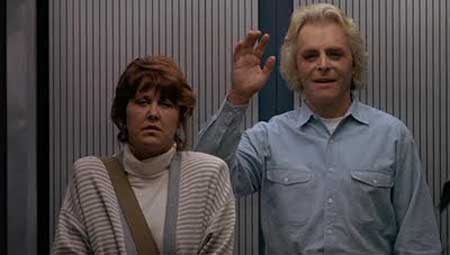 But Harris has a higher calling for his followers and soon the members, including Harris, commit mass suicide. The scene, which plays out in full later in the movie, is probably one of the best in the film. Our heroine, Cynthia (played by Jennifer Rubin), is rescued but is in a deep coma.

Cut to thirteen years later and Cynthia awakes with no real memory of what happened. She has no family or friends and the doctors think it best that she recover at the psych hospital where she will join a group of people suffering from borderline personalities. The group is run by a young doctor named Alex Karmen. He is put in charge of helping Cynthia get her mind back into one piece. 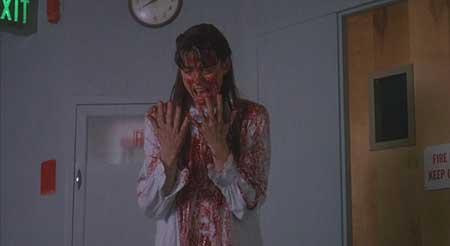 It doesn’t take long for Cynthia to start remembering and when she does, you better watch out. One by one the others in her group meet their untimely demise but just who the heck is responsible?

Bad Dreams is a movie that I enjoyed. All in all it is pretty standard horror fare so in that sense there are no real surprises though the end does have a neat twist. As mentioned above there are a few parallels to Dream Warriors but that doesn’t make this any less enjoyable. It’s not like it’s the same film. For the record this one came out one year later.

The story moves along at a good pace but no surprise there considering de Souza co-wrote the script. Movies such as these, where you’re dealing with partial amnesia and psych wards, can very easily drift off into the weird but all is kept pretty much straightforward.

Director Andrew Fleming does a very good job directing and he gets really good performances from his cast. Jennifer Rubin as Cynthia stands out as the tortured survivor struggling to come to grips with the reality of a world that is new to her. Harris (played by Richard Lynch) does a good job and always seems ready with an evil smile. His expressions are perfect too as you know there is something more sinister just beneath. 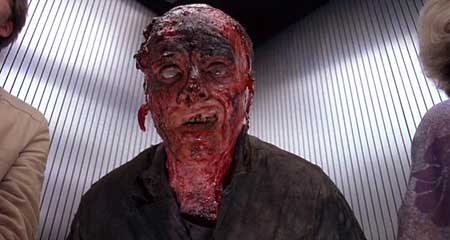 If you can catch this on rental I would have to say go for it. Like any movie it’s not without some faults but overall I had a fun time watching this. You even get “Sweet Child O’ Mine” by GNR playing over the closing credits. If nothing else it will make you want to watch Dream Warriors again and there’s absolutely nothing wrong with that.