MJ : How and why did you decide to write The Alphabet Killer?

TM : My wife, Emily, was from Rochester and said there’s a great unsolved case you should check out. It’s a true story based in Rochester where three girls from 10 to 12 were killed over a two year period and the killer was never caught. Over 800 suspects were interviewed. It remains an unsolved mystery to this day. I said, man, there’s a great story here and when researching it , it was called ” The Double Initial Killer ” which I immediately changed because I thought it was a little boring. I named it, “The Alphabet Killer“. There’s how it kind of started, that’s the backstory.

MJ : How long did this movie take to research?

TM : I was put in touch with a woman by the name of Heddie Williams. My sister-in-law was dating her son and she was a person who had re-opened the case. We talked for a couple of hours right away and got the original information but then when I went up to Rochester, I started meeting with all different individuals that were involved in the case. So, that was one aspect of it. The other aspect of the research was that I also had to research schizophrenia. With all the police procedurals that are out on television, I didn’t want to make this another police procedural. I really wanted to make it a man vs. himself type story, in this case a woman vs herself, and that made it about Eliza’s character kind of battling her own demons. I chose schizophrenia because I know that they have a problem with letters and numbers, interpreting them. Once I started doing more and more research into that, that’s how it kind of developed. It was a two prong thing, one was the case. The more and more I was into the script, I started straying away from the exact details of the case, out of respect to the family as well. And number two, the schizophrenia, trying to make that as interesting as possible. 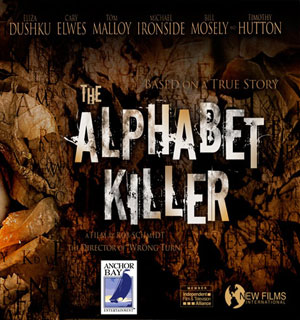 MJ : How was it working with Eliza Dushku?

TM : Oh, It’s great! She really did get immersed into the role. I mean, I lot of people where like, OH WOW, she can really act, not that she couldn’t before, but she’s done alot of the fluff type roles or the kind of kick ass chick roles and not something like this. She really got a chance to roll up her sleeves and get into it, and that’s exactly what she did.

MJ : Did you run into any stumbling blocks getting this movie made, budget or otherwise?

TM : Not budget wise, but there definitely was. We had a great executive producer, a guy named Greg Polisseni, who was a huge person in Rochester and we had an amazing cast coming in, but you know one time we almost blew up a town. A town called Spencerport that we were filming in. The grip truck hit into a electric low hanging cable. It wasn’t our fault, it was built wrong. The electric wire shouldn’t have been that low and we hit it and it dropped into another car and blew up the car and set this entire block on fire. Funny, that car was the still photographers car, so all our stills for the first four days of shooting were lost. But, we were able to recover them through a service that recovers damaged files. Anyway, It was pretty crazy. There was a rumor going around that we blew up Spencerport, the whole town. But, I do think we knocked out power to the whole town.

MJ : Please tell me that’s going to be an extra on the DVD.

TM : Yeah, we should. The insurance was really a pain in the ass about that. I think we really lost money that day, but we kept shooting. I think one of the best scenes was that night. The scene with Mark Donivan and Melissa Leo when they were talking about their daughter who has passed away. If you watch that scene, I’m not kidding, that probably was like two hours after it happened.

MJ : Besides blowing up a town, are there any other good behind the scenes stories while making The Alphabet Killer?

TM : There’s one interesting thing that happened to me personally. I went up there early to kind of develop the film. The executive producer did a couple of TV spots in Rochester talking about the fact that we were going to make it. We got emailed by two of the victims living relatives. One was like, you know, saying if you need information, let me know. That was kind of cool. And the other was like you should never be doing this, bla bla bla, cursing us, saying we’re just trying to make money and then at the end of the email it was kind of funny. She said, ” I think I should get paid for this “. I calmed her down. The History Channel did a special on the double initial killings and painted the mom’s in kind of a white trash way. 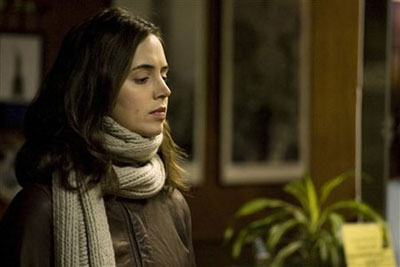 This was also her mom and she was kind of afraid of that. We didn’t’ do that. We don’t mess around with the victims that way, you barely see that. They just become the background (the actually killings). So anyway, when we moved up there for the shoot, everything was in a hotel. My wife’s family is from there. She was pregnant with my son. We decided to just rent a house in Webster. It was easier for us. We were going to be up there longer then most of the people, for four months. Two days after we rented the house, I got an email saying, “How dare you move two houses down from me. If you’re trying to film me and my family, I’m going to sue you.” And so, this woman who six months ago I talked down over the course of emails, by some random act of God, I moved two houses down from one of the victims relatives. I was like freaking out, like taking out my garbage thinking she was going to attack me. I didn’t know what the hell was going to happen. She actually thought we moved in there to documentary style film her.

I mean, come on, we were making a film. I guess she was really afraid. This freaky thing, this random occurrence, kind of soured the place for me to the point that we couldn’t wait to get the hell out of there. Since then, I don’t know if she’s seen the film, but I think it respects the victim’s families at least. Maybe the side effect would be that it stirs up renewed interest in the case. Which would be great if they actually solve it. There was a lead about a year ago but that kind of just fizzled out. So maybe someone will start just putting some stuff together, flipping over some stones and see if they can put an end to it.

MJ : That’s the positive side about making a film about something that really happened.

TM : And that being said, I got emailed about once a week like with the newest conspiracy theory. Like someone said, I know exactly who did it. bla bla bla, bla bla. They were all different. They were all wacky.

MJ : How was it working with Timothy Hutton?

TM : Well, we don’t have a scene together in the film, but Tim as a person is great. I’d work on a film with him any day. He really liked to have fun. On the set he was so professional, he’s in this really serious role, but then afterwards he would hang out with the crew and the cast. He was a great guy. I think he did the part really well. The funny thing is I wrote that part for myself and then when I finished with the script, I said that part’s too good. I gotta give it to somebody else. And being a fan of ORDINARY PEOPLE my whole life, it was just great to work with him.

MJ : He’s one of my favorites. I don’t know how many times I’ve watched BEAUTIFUL GIRLS.

TM : Tim and I, we went with executive producer and his wife, and some friends, to this blues club, it was at a place called DINOSAUR BARBECUE up in Rochester. So, we’re all there drinking beers and you know Tim is a trained Jazz drummer. So, I went up and told the band in secret, so why don’t you call Tim Hutton up and see if he’ll play. The guy did, he called him up. Tim came up and played the drums and it was awesome!!!!!! It was a kick ass blues band and here’s Tim Hutton playing the damn drums. It was awesome!

MJ : OMG… That’s definitely a great memory! ………… Ok, I got one more question for you. Are there any films that inspire your creativity?

TM : I’ve been a horror fan my entire life, and this is the second one that I’ve done. I’m a fan of all kinds of genres, from the gore to the psychological stuff. I’m not a blood guy. I like when something jumps out at you and gets your adrenaline running. That’s what I try to strive for. I have personal favorites like Texas Chainsaw Massacre and the original Halloween. Horror movies and Scary movies for me, is about taking the audience for a ride. It’s not that other films aren’t like that, but there not as thrilling, so to speak. Rob did this one very quiet and very calm, but there’s still a ride to it. If there’s anything in common with all the films that I do, there’s a ride from start to finish. 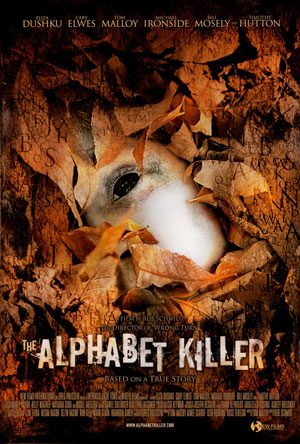 MJ : Are there any other projects you have going on in the near future?

MJ : Ha! I interviewed Tom Holland for HorrorNews a few months back.

TM : He lives right up the street from me. We’ve become like great friends. We go over each others house and everything. He’s awesome!

MJ : Keep in touch with HorrorNews and we look to feature KILLING FRANK in the future. 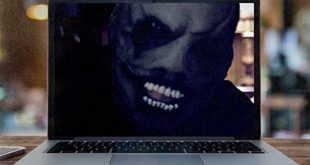 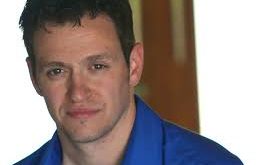 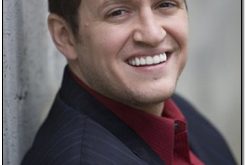