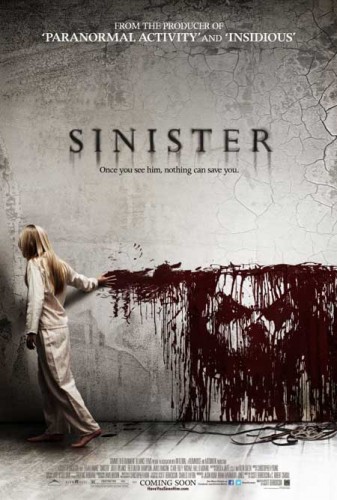 Found footage helps a true-crime novelist realize how and why a family was murdered in his new home, though his discoveries put his entire family in the path of a supernatural entity

Halloween season always seems to bring out the most frightening of films. 2012 has been rather abundant in horror films, though you can’t say that the majority of them have been “scary”. “Sinister” is one of the top-liners that while featuring the talents of actor Ethan Hawke, also manages to be simply damn creepy. We are all familiar with the boogey-man in one form or other. In fact we’ve seen a franchise emerge that caters to this very same entity. I can honestly say that “Sinister” really does instill an eerie cold boogey-man feeling that I’ve yet to come across in other releases. I suppose it’s his “absence” thru most of the film that really makes him more compelling. But of course some of the greatest horror icons in our past have built up suspense based on their elusiveness. “Sinister” has a purpose..and that might just very well be the ability to scare the crap out of you. 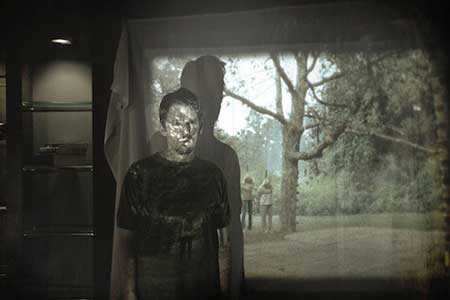 “Sinister” also succeeds in its cold approach to murder coming over pretty stark. We begin upon a creepy clip that shows 4 family members being hung from a tree that executes them upon the falling of a large tree branch. This footage sets the tone for the whole film and reoccurs in footage used within the film several times.

Ellison Oswalt (Ethan Hawke) is a famous author. His most successful book to date “Kentucky Blood” put him on the map to fame and wealth. His follow-up books did ok, but not to the level of his first. Ellison, our main focal character, specializes in True Crime releases. His books take on murder cases to make speculations that were missed by the police. You night even say the books were successful in calling out facts that were missed helping the round out the case files. 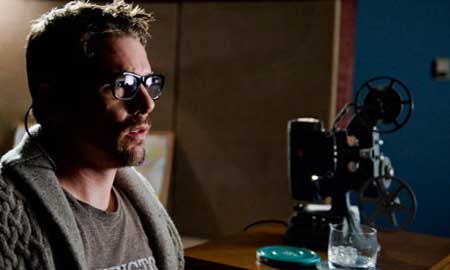 This has made Ellison both a celebrity to some and also not liked very much by others (some of those being on the force). But as they say, you’ve got to make a living, and his latest research project might just “be” the next big one for him. As Ellison and his family move into a new house, it’s discovered right away that they have moved into the “actual” murder location (unbeknownst to his wife) of the previous residents.

The immersion appears to be “just” the right setting to really dig into the facts surrounding the murder (and for Ellison’s book). Upon unpacking, Ellison comes across a box with several old films in them. Soon it is revealed that the films are actual footage of the previous owners death’s (including several more additional reels of other murders). Each death is gruesome and unnerving captured on old film stock that is shot from the POV of the killer. Though who, what and where is yet to be determined. 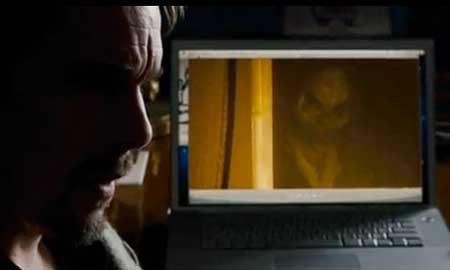 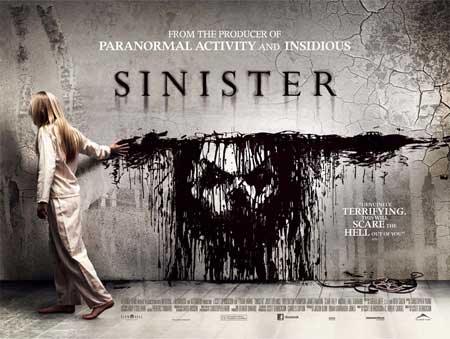 As Ellison digs harder into the case, he begins to notice a phantom face of sorts that keeps appearing in portions of the footage. Thru one event or the other this figure takes on the same aura of a mystery boogie man who “appears” to be connected with all of the murders. This also seems to be enough fuel for Ellis to inquire further in a rather obsessive manner.

As you can guess, things get uncomfortable fast as facts come together, Ellison begins to see strange things and the whole case begins to unravel into a pattern that has Ellison and his family right in the middle of something diabolical.

A great performance by Ethan Hawke only reinforces the haunting nature of this film. This boogey-man (as per the trailers) resembles a bit like “the Crow” (if perhaps he was a demon). It’s not the appearances that unnerve as much as the “lack of” appearances. This personifies this entity while never overusing him. The appearances are starkly jarring as they connect with the cult symbolism that goes along with it. On a whole, the film transforms into the realm of metaphysics as things heat up. A trick we can attribute to many of the Asian horror releases. 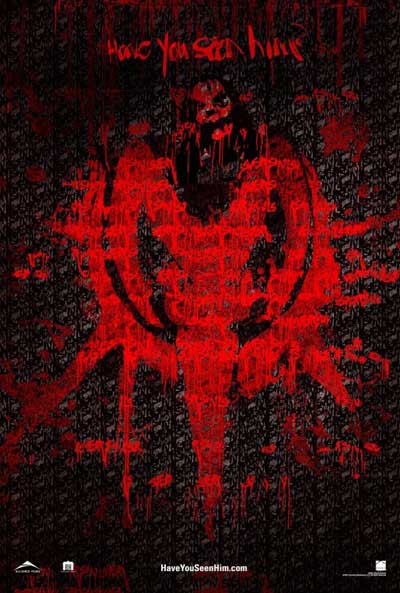 If you need a new character to dwell on for your notes, they call this one “Bughuul“, an obscure demon of sorts that feeds on little children. For the record, this demon is a fictional entity only created for the film script. Though demonologists could start to connect various spellings to the name such as Baal…and so on. 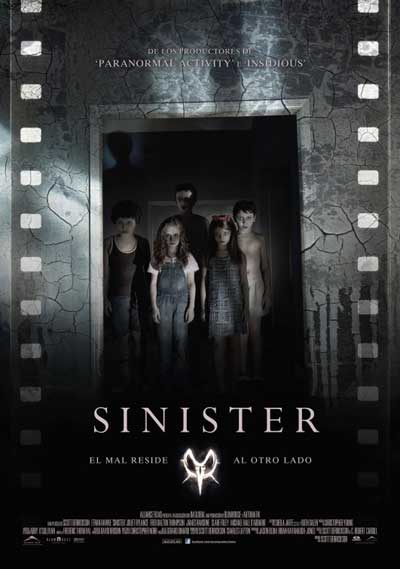 How does it compare to 2010’s “Insidious“? Well… I’m still gonna stick with “Insidious” being scarier (in my opinion). Though opinions are surely welcome.

But with that said, it’s probably enough to seed investigation on your own accord into this haunting new film. “Sinister” is quite powerful and on the most part extremely “dark” rooted. It’s the kind of “dark” that you might get from a film like “Se7en”, but on its own terms. Directed by Scott Derrickson, “Sinister” is clearly a winner in the “give-you-the-creeps-category” setting a great seasonal tone for the 2012 Halloween season. Now I suppose it’s up to Paranormal Activity 4 to put you over the edge. A great all around creepfest that is worth a look with the lights off. Easy enuff said..

Sinister is now available on Bluray per Lionsgate Entertainment