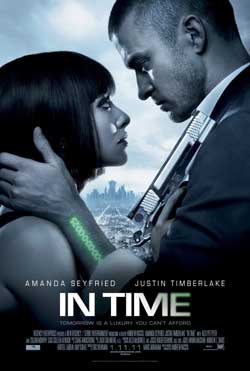 In a future where people stop aging at 25, but are engineered to live only one more year, having the means to buy your way out of the situation is a shot at immortal youth. Here, Will Salas finds himself accused of murder and on the run with a hostage – a connection that becomes an important part of the way against the system.

The thing I love about films are when they tap into ideas that on the surface may seem like fiction but in review may not seem so far removed from reality. “In Time” was one such film that upon its delivery began to really introduce some ideas that …well, made alot of sense. But before we get too far into discussion, let’s jump into the gist of “In Time” 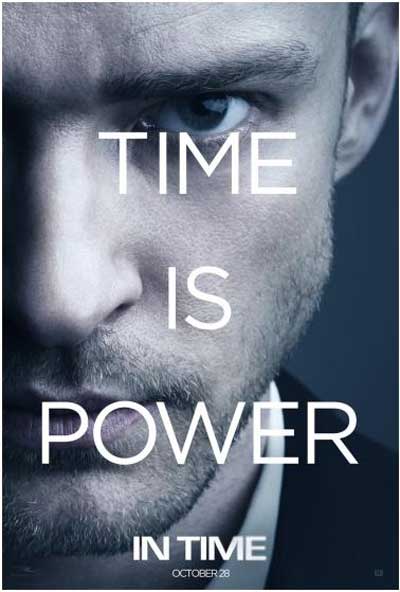 In year 2161, we are told that science has engineered it so that once folks reach a certain age their bodies stop growing. This might be the most fanatic thing ever, however it comes with a price. On year 25, an arm embedded time clock begins that counts down for one year. When the clock reaches zero, the person dies. The state of the world has be created to deal with the overpopulation problem. Though it also introduces the idea that as the price goes up, people die off that can’t keep up with the inflation.

This idea doesn’t stop there. As the typical scenario of rich vs poor takes on a new meaning in regards to time. Time is currency, simple enough. In other words wealthy people can buy more time increasing their life span if they choose to. The poor work to gain time that is used to barter for common goods like coffee and food. Rent is paid, bills are paid and quite literally everything is paid using this system. My first take was brilliant idea. This would cut down on deadbeats who will die off if they don’t work and contribute. This makes alot of sense in that sloth and laziness is not rewarded in any way. 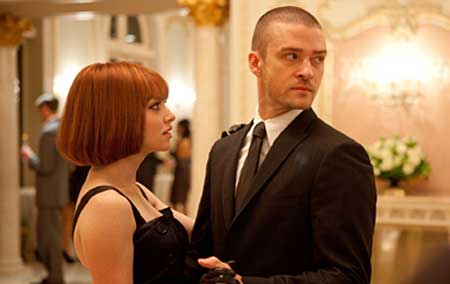 What of course counter balances things are that crime is also an issue with thugs who steal time away from other to increase their own existence. We get plenty in the way of this per local gangs but we also get the policing “time keeper” as they are called.

Actor Cillian Murphy plays the local time keeper Raymond Leon who polices time activity. In fact he’s been at it for over 50 years. His team polices time by way of a grid that keeps track of how time exchange or purchases are used. The world is set up into time zones of which an area called Greenwich Village houses the wealthiest of the country. The poor and original working class exist with a different time zone that often have to deal with acquiring time “just in time”. 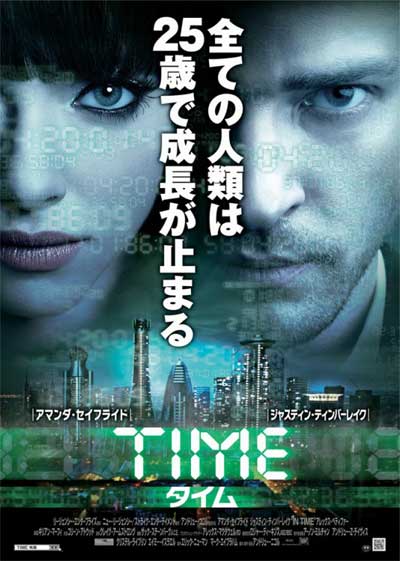 Will Salas (Justin Timberlake) is our central character who lives in the ghetto. He works for his privileges, pays his bills and tries to live with good intentions. When he helps out a fellow in need who is about to be robbed he is given a century of time as a reward. We find out that those who have lived for very long periods discover that they have mentally become exhausted and wish to actually move on (in death). In other words, they are tired, and have seen enough for one lifetime.

When Will Salas is suddenly projected into long lifespan he discovers that he holds something that is of value to others….especially thieves. 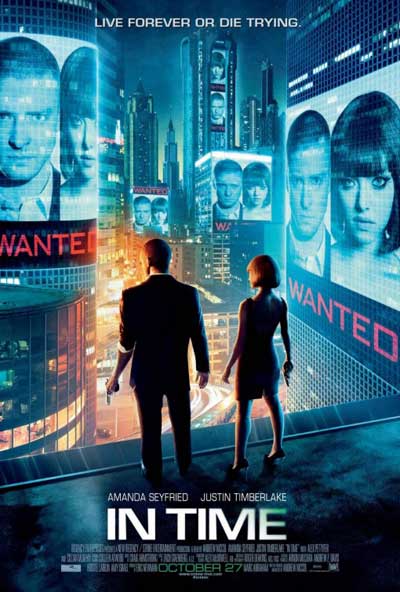 Will heads to time zone one to enjoy a bit of life’s rewards and runs into wealthy heiress Sylvia Weis (Amanda Seyfried). They hit it off in sharing similar views but also become involved in a whole time-induced controversy of massive proportions that result in them both making life changes to do the right thing. In fact, there is a strong level of heroism thru bad intentions (so to speak). 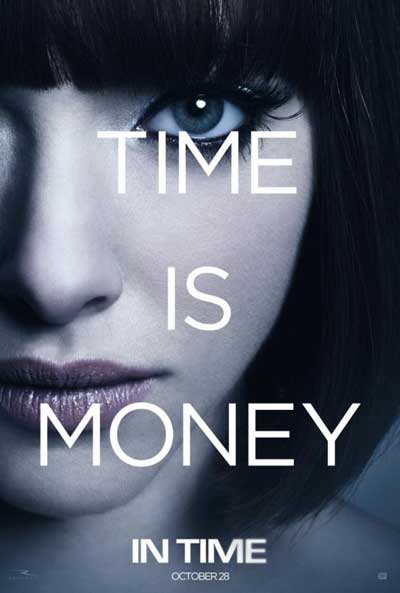 In all, I loved this film not only for the rich level of acting talent but for its purpose and story . It moves with great intention and provides a solid wall of sci fi induced entertainment. The film received mix reviews which mainly centers on the lack of chemistry between the 2 co-star, however my interest was more in line with story connection rather than star appeal. As a model, the movie borrows ideas from Minority Report, Gattaca, Logan’s run and a few others. Did that bother me? Not at all. There was still a rather large sense of stand alone that felt a bit more connected to our immediate future than others of influence. Maybe its a sense that this is where we are heading as a solution or as a society. Fiction or not, keep your eye of political decisions and the lack of resources. The idea of “In Time” may not be too far away. 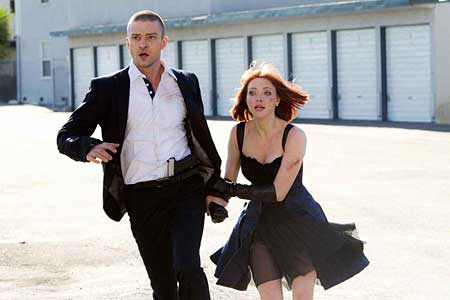 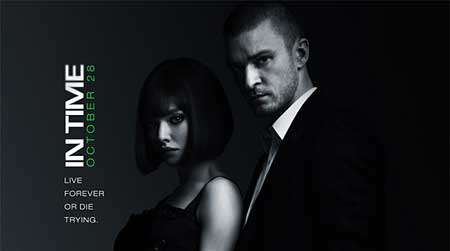