Mike Joy: What is the concept behind your movie, “ Come and Get Me” ?

Chris Sun: It is about 4 beautiful young girls out for a night on the town but forget to organize a way home. Calling on an old school friend for a ride, they find that a simple lift home is going to become their worst nightmare. Stuck in the bush with three psychopaths, the girls endure a night of chasing, torture and fear.

The girls soon realize that the 3 killers have killed many people before and truly end up in a fight for their lives. The Killers are mainly driven
by revenge taken out their anger on people that have hurt them or their friend in the past. 2 of the killers Johnny and Brett have no respect and find very brutal and sometimes cruel ways to kill their victims.

Mike Joy: When writing the script for “ Come and Get Me “ , did you read any books or watch any movies that gave you inspiration ?

Chris Sun: No I really don’t read books at all, I was definitely inspired by some guys in the film industry though. I have had business dealings with Bob Kurtzman from Precinct 13 and after seeing what Bob has done I wanted to have a go for my self. I also got inspiration from a good friend of mine Steve Boyle (Daybreakers and 30 Days of Night)

Mike Joy: How long did it take you to write the script ?

Chris Sun: It took me around one and half months to write the script, lets face it I had never written anything before so it was pretty messy. I sent it to a Script writing and film making friend and she fixed all my mistakes and turned into actual script. It was very Chris style, meaning very Mongrel, I grew up in a pretty rough town down under, so the dialogue I felt was very real, maybe to real. Some of the dialogue was changed but over all a very cool script. Abby Did a great job leaving the true Horror/Gore aspects in there.

Mike Joy: Did you make all your own horror props for this movie ?

Chris Sun: I made some of the props with make up artist Natalie and Steve Boyle has made the others. We were very blessed to Have some one like Steve involved. He is making 2 final props for the film and then we are done. We are hoping to do a directors cut and a normal cut as I wanted the Audience to see everything (meaning if a head gets chopped off, we see it all happen). I now understand that this is sometimes too much for ratings hahahaha so hopefully the directors cut will blow a few socks off for the real gore fans.

Mike Joy: Now that you are the filming “ Come and Get Me “ and bring the script to life, what are you learning about yourself as a director ?

Chris Sun: I have learned so much making this film, to see the actors do the lines is amazing, sometimes weird as well. I must have a pretty twisted mind. Like when they kill some one, it is pretty hard watching it happen. Sometimes I find it hard to believe I wrote that. I think my mother in law is worried now LOL. I have defiantly learned that I want to do this for a living, I have put everything on the line to make my films.

The directing part has been awesome and I found really really easy to do, I love to get in there and get my hands dirty so showing the actors what to do is fun and not an issue for me. I have also done Martial Arts for most of my life so I also got to choreograph the fight scenes as well and who wouldn’t want to through a little Bruce Lee into a horror film?

Mike Joy: Have you had any interesting ‘behind the scenes’ moments that you would like to share with our Horrornews.net readers ?

Chris Sun: Yes we have had a few, there was many sightings of a Ghost in white whilst we were filming out in the bush. We were out at one location pretty much for 3 weeks straight and many of the crew and cast claimed to have seen this ghost like figure. We only had 1 accident on the set with one actress smacking her nose into the camera.

The most interesting on set, was the actor Christian Radford (Johnny) he was creepy and cruel to watch yet very comedic in some scenes. I think his performance will send him to bigger films in the USA for sure.

The most scary part was we did a full night of shooting 7pm – 5am with 2 Steve Boyle props. We were all very happy with the night, we got back and Downloaded all the footage from the memory card and whilst it was downloading I had to get some rest. When I woke that afternoon the Computer was off. When I tried to reboot the system we got nothing, thats when I realized I was in trouble, we had lost a full night of footage. I made the mistake of Cut and Paste and lost it all. We had to re shoot so much footage, but it was a blessing as the second time round was even better, that’s for sure.

Note to self NEVER CUT AND PASTE FOOTAGE…

Mike Joy: If I can be a tech geek for a second, what type cameras are you using to film your movie ?

Chris Sun: hahahaha now you asking me the tricky Stuff. I am still learning about all the tech stuff my self but I do believe it was a Sony Z1 HD camera. All I really no is that we give him a memory card and he fills it up and gives me back the magic to Down load.

Mike Joy: Of course, without giving too much away, can you tell us your favorite scene from “ Come and Get Me “ ?

Chris Sun: My Favorite scene is a girl called Kate that is not one of the lead actresses, it is set in a big shed and very violent. I think is our most brutal scene in the whole film. Kate was played by 17 year old Jess Taylor and she was amazing filming in the cold nights, covered in mud and constant Rain, she is a real talent and trooper. This is also the scene where the Audience see’s Johnny’s shed of Horrors.

Mike Joy: What has been the hardest part in the process of getting this movie made ?

Chris Sun: Money, always money. The actors are awesome. But I always want something bigger and better, that means more money. I have funded the whole film my self and still have some expenses to cover to finish the film off. When I was first going to do the film I thought just a cheap fun version, then as I was writing the script I realized this wasn’t going to happen.

The other hard part is getting people/family to believe that a little Aussie Horror Writer/Director can do this. Alot of my friends and Family find it hard to believe that Independent films can make it on the big stage. I want to prove them wrong and as I get better I will make better films. But in saying that I think Come and Get Me is going to surprise a lot of people.

Mike Joy: What is in the future for Chris Sun and horror ?

Chris Sun: I am already working on my next script. I want to take everything I have learned from Come and Get me and make even scarier more brutal films. I also would love to re open my Horror museum down the track, making Australia’s first Horror park. Customers would rent golf buggies and drive Around 60 acres of Horror and for the real game people we could have over night stays where they get the Sh.t scared out of them all night long.

The best part about a new museum is I could also show props from my films as well as from around the world.

The one true thing I would love to do would be to come to America and work along side Rob Zombie for one of my films. Rob is a legend but I think some twisted Aussie influence might be good fun for him and give the Audience a really cool scare.

Tags Chris Sun Come and Get me 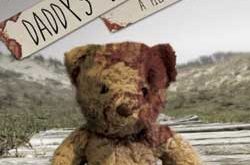 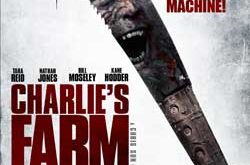