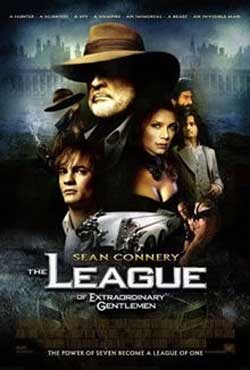 In an alternate Victorian Age world, a group of famous contemporary fantasy, SF and adventure characters team up on a secret mission.

I couldn’t imagine a cooler off-beat joining up of characters. This film has always stayed within reach but never seems to escalate to a favorite. After seeing it several times, I’ve come to the conclusion that it’s a pretty cool movie with an even greater idea. It does however have some issues that I’ll get into as well. 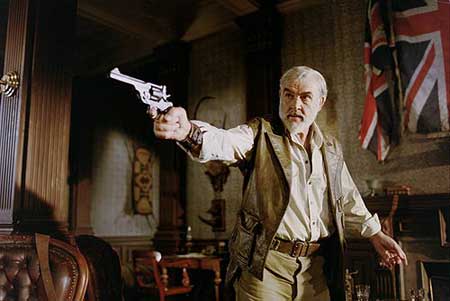 To get into the gist, we are introduced into a Victorian Age where Germany is suspected of stealing a number of important documents using advanced weapons. The intro focuses on a enigmatic villain who wears a metal mask covering his disfigured face. His minions lead under his command attack using a rather advanced tank to break into the local securities acquiring a number of sensitive blue prints. 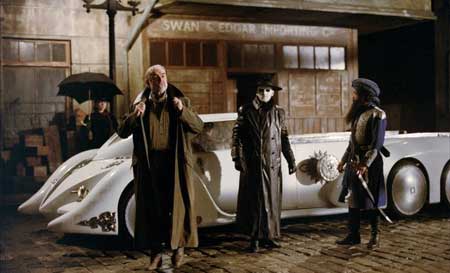 Meanwhile, A mysterious man who simply calls himself “M” (Richard Roxburgh) has wrangled up the historically famous Allan Quatermain (Sean Connery) as 1 in a group that he is calling the “League of Extraordinary Gentlemen”. The league is slightly misleading as one of them is actually the beautiful but deadly vampiress Mina Harker (Peta Wilson). This team is joined by other oddity personas such Rodney Skinner (The Invisible Man)(Tony Curran), Dorian Gray (Stuart Townsend), Tom Sawyer, Captain Nemo (Naseeruddin Shah), and the beastly mammoth Dr. Henry Jekyll / Edward Hyde (Jason Flemyng).

The team is impressive in its ability to take on a number of incredible situation using its variety of talents and knack for results. The team is lead under Allan Quatermain, but is in fact more of an ensemble of characters. Captain Nemo seems to provide the high tech gear and transportation while Hyde, Mina and Dorian take on more of the dirty work.

They all agree to help support England by joining forces against the throes of evil. It’s never quite clear what their incentive is as they mostly seem like they would be nefarious characters. So my question is why the x-men-esue union? Did they really love their country that much? A vampire, an evil Dorian, a couple of deranged scientists, outlaws, pirates…well you get the gist. They seem like “doing the right thing” is not something they would love to dive into. 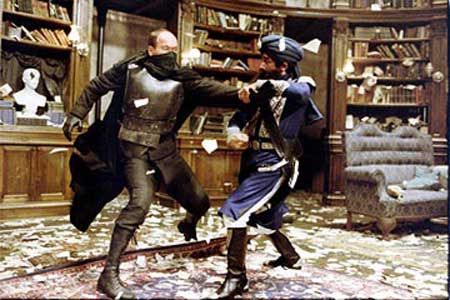 As the movie progress, we learn of an ongoing deeper plot that has been leading up to a confrontation for some time. The team invades, kicks ass and does what they came to do, but somehow there stills feels like there is something missing.

“League” manages to engage right away mostly with seasoned actors taking the lead but also with plenty of action in a comic book feeling format. What I think the movie suffers from is an almost rushed approach that seems to lose the strength of the individuals as formidable characters. I probably was most disappointed that the villain had such an early reveal sort of taking the fight out of his sinister presence. The film received mixed reviews as it seems to share a similar take as I. Which is…the film is not bad, just never much of a smack down hit either. 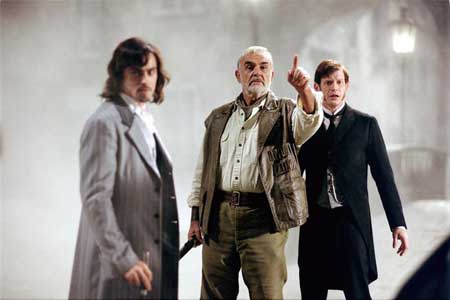 Some of this seems to fall into a few characters who tend to either get underplayed or misundertstood. Mina Harker who I wasn’t familiar with is one of the literary characters in Bram Stoker’s Dracula. Though her back story seemed muddled and might have better served if it were an actual noted vampire (perhaps Dracula himself??). We make the assumption of course with her bloodletting and transformations, though from the book she is not a vampire. Hyde although supposedly brutal seemed like he was designed to be more of a Hulk character who became a bit too good too fast. 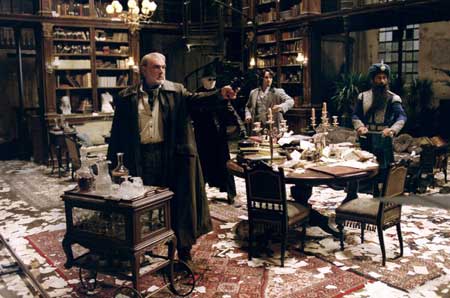 The point here is that the characters originate from famous literature, though I think we may have bought into them more if some of them were not off-shoots of the famed characters we are familiar with.

On the flip side, there is alot of action, some nice interchange between characters and a solid idea that could have gone further. The suggestion of a sequel never came to pass, which to me says that the film fell more on failure than the assumed success. Then again, if Connery wasn’t up for it, the sequel wouldn’t amount to much would it? 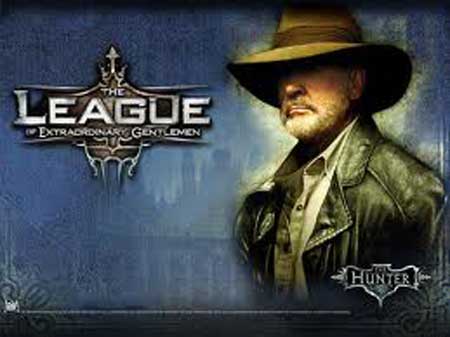 The movie is derived from a noted graphic novel helmed by sensation Alan Moore. As we learn it’s not page for page accurate but close enough. “League” ends up providing a nice ride that shouldn’t be too overanalyzed. The purpose of this review does take it apart a bit, but from a viewer standpoint, it’s still very enjoyable and fun to watch. It certainly takes a stab at something new which is its best quality. Would this amount to more in the future? Hard to tell, I think a one-off is probably all that the franchise needs as this point.

The League of Extraordinary Gentlemen (2003)