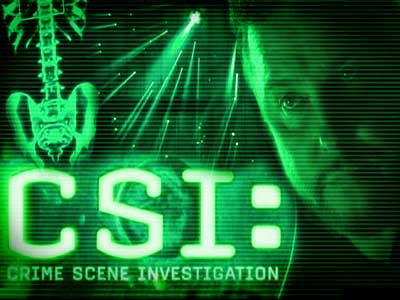 Television hosts countless crime shows on almost every channel. Most involve some crime committed by a person who is trying to obtain or hide something. A simple formula that yields revenue for the networks in ways other shows can only dream. The “CSI” franchise and “Criminal Minds” are at the forefront and lure viewers for their head honchos. It seems though they are trying to tap into a new market: the horror genre.

No one ever really thought science and horror could go together. If anything, they are each other’s arch nemesis. After all, science can disprove a lot of aspects of the horror genre. But that doesn’t mean horror can’t be incorporated into a “CSI” episode. Sometimes, scary stuff does happen in real life. Science can provide answers but on occasion will falter. One can argue that the mere fact that crimes are committed is horror in itself.

While this may be true, sometimes a horror fan likes to get characters or elements from their favorite movies added into a show they enjoy. By incorporating little morsels of horror goodness, crime shows are showing viewers they can do something a little different and unconventional. Maybe, just maybe, a supernatural creature is the culprit of some heinous crime in the “real world.”

“CSI: Miami” featured a victim who was killed during a solar eclipse and wolf hair was found at the crime scene. They never actually stated a werewolf was a suspect but it was insinuated as the CSI’s sifted through DNA samples and witness statements.

Ok, ultimately the wolf man was nowhere to be found, but for the longevity of the episode, horror fans were able to relish in the idea that a classic horror icon could have been the bad guy. “CSI: New York” joined the club and aired an episode inspired by the Amityville events and also threw in a zombie. 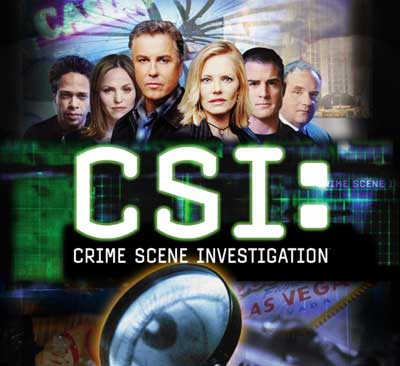 The episode titled “Boo,” featured a family murdered in their house that was presumed to be haunted. Another family was brutally slain in the same house years before this particular crime. 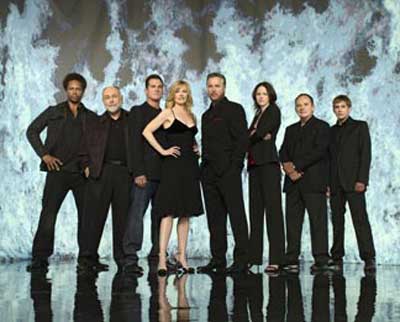 Two CSI’s experience strange occurrences in the house as they investigate the murders. The only survivor is a little girl who identifies the killer as some sort of monster. Creaks, noises, and a few chases later, the killer is found to have been a man with a tattoo of the devil on his back. Elsewhere in the same episode, a man is found to be a zombie! As the team investigates, they find the victim was injected with poison from the puffer fish and buried alive. The poison wears off and he comes back to life. (Like I said, zombie.)

Not exactly Romero quality but for a crime show, quite entertaining. “Criminal Minds” aired an episode this season starring Bush front man, Gavin Rossdale as a vampire-like rock star. All the victims appeared to have been bled dry by a vampire and of course, the vampire rock star was suspected of being the killer. In a twist, a deranged fan using a sharp tool was the murderer and committed the crimes in the name of vampire love for Rossdale’s character.

Horror fans often get shafted in the television world. Once in a while a show will come along that appeases us but we just don’t get enough. To see shows based on science and evidence incorporate elements from our genre proves that horror can no longer be ignored. Now if only the Emmy’s would let horror shows play in the sandbox…