Dead Island was released on September 6, 2011 for Xbox 360, Playstation 3 and PC. Dead Island was developed by Techland and published by Deep Silver. Dead Island has been in development for over 6 years, which is a long time for a video game, and some of its age shows up in the final product as well.

Dead Island is about a group of survivors currently residing at the Royal Palms Resort on the small island of Banoi. The main protagonists – Xian, Sam B, Logan and Purna – awaken to find carnage all around them. It seems like the people of Royal Palms Resort have went mad and there are strange occurrences and dead bodies all around them. They soon realize that a zombie virus is the cause of the problems, and the four are immune to the disease. So, they spend the rest of the game running around helping out other survivors while trying to figure out what is the cause of the epidemic and how they can get off the island.

Dead Island’s story suffers in a lot of areas, but character bios is not one of those. Each character comes with a unique, well-thought out bio that you can listen to before you start playing Dead Island. I really enjoyed this part of Dead Island’s story; it really makes you care about the characters. The rest of the storyline ends up falling flat thanks to many situations that have been done thousand times, a lack of humor in the writing and too many side quests in between the main action. 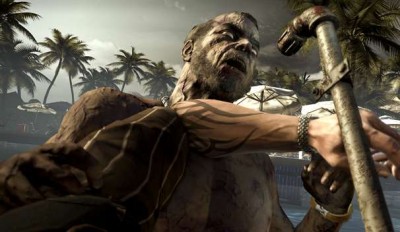 There are plenty of things to like in Dead Island though. While the shooting action in the game could’ve used plenty of tweaks and upgrades before Dead Island’s release, it is seldom used and easy to look over. The first-person, melee combat system is where Dead Island shines. You can wield a variety of sharp-edged and blunt force weapons each of which can be upgraded in numerous ways. You can either swing weapons by pressing the attack button or by using the attack stick control scheme on consoles for more precise attacks. The melee combat is really nice in Dead Island, because you can target specific body parts. These areas take damage that you can actually see, and arms can even be broken or severed.

Dead Island is very much an RPG. If you’ve ever played a game like Borderlands, Fallout, etc., you’ll instantly be able to pick up Dead Island and understand its game mechanics. Dead Island is an open world game with plenty of places to explore. This gives you plenty of other things to do when the repetitive missions become boring. Dead Island also features a leveling system that awards you stat upgrades and skill points to spend on your character’s specific skill tree. Each of the four characters specializes in a different fighting style. Xian is a sharp weapon specialist, Sam B is a blunt weapon specialist, Purna is a firearm specialist and Logan is most powerful when he throws his weapons. The three skill lists you can progress your character through are the fury, combat and survival skill lists. With these different skills you can become more powerful, unlock new moves and gain some valuable abilities. 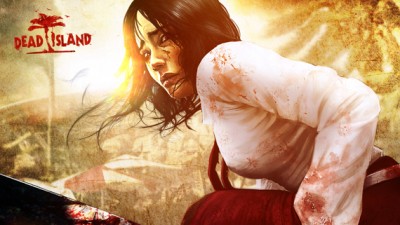 Even with all of the things there are to like in this game, Dead Island is a game with many flaws as well. I have found numerous glitches in the game that have killed me, made me restart missions, etc., and I played the Xbox 360 version a.k.a. the least glitchy version. Dead Island seems like a beta version of a game that still needs to work its bugs out before releasing it to the public, but yet Techland decided to go ahead and release it without fixing all the major issues Dead Island has. I don’t know about you, but when I spend $60 on a game, I expect it to be a finished product. The glitches aren’t the only problem Dead Island has. The story is spread too thin to keep you entertained across such a long campaign, and this makes it too easy to get bored and frustrated with Dead Island. And while the melee combat system, main characters and rpg elements are nice, there just aren’t enough good things for me to recommend Dead Island to anyone. Don’t believe the hype on Dead Island; there are better games coming out this year to spend your time and money on.