Interview: Katie Holmes and Guillermo del Toro – Don’t Be Afraid Of The Dark

Don’t know about you but I’ve been enjoying the TV spots for DON’T BE AFRAID OF THE DARK. Looks like a creepy, fun time.

It’s hitting the theater on Aug. 26th and it’s one that is on my must see list.

Tonight I have a two part interview with star Katie Holmes and behind the scenes madman Guillermo del Toro. Here’s the official synopsis and the clip follows right below:

Blackwood Manor has new tenants. While architect Alex Hurst (Guy Pearce) and his new girlfriend Kim (Katie Holmes) restore their Gothic mansion’s period interiors, Alex’s young daughter Sally (Bailee Madison) neglected by her real mother and brushed aside by the careerist father can investigate the macabre history and dark corners of the estate. Spurring Sally’s investigation are the voices rasping whispers who call out to her from the basement, who promise her understanding and friendship, who are so very hungry and would like to be set free. When Sally gives in to her curiosity, she opens a gateway into a hellish underworld from which an army of beady-eyed, sharp-clawed monsters emerge, small in size but endless in number: the homunculi. Confronted with the horror that now threatens to taker her life and destroy her family, Sally desperately tries to warn the whole house, but there’s just one problem: no one believes her. Will she make them understand in time, or will they become another chapter in the centuries-long horror story of Blackwood Manor? 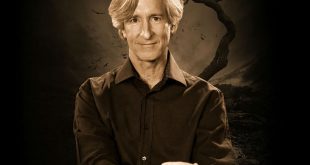