The Ghost Handbook: An Essential Guide to Ghosts, Spirits, and Specters

The Ghost Handbook, is a book you might expect to gear you up for spirit entanglement and haunted encounters. That may very well be true though the real purpose here is to differentiate between types of ghosts, kinds of ghosts and the theories passed along thru generations. Have no fear, though the book is chock full of ghost stories…real ones, well at least by historical documentation. We are introduced to a ghost evolution. That being the earlier ghosts who mixed among the living and carried on with human functions and activities. This differs much from the gray line that has been drawn bringing forth a mix of spirits into our current world.

While some are friendly and only repeating their past, others might be more mischievous in nature throwing things about. Yep, them poltergeists, you guessed it. Then of course there is the terror that is brought on by the unseen with devious intentions. There are those ghosts who hate the living and want to cause mental anguish. Some call them elementals but they are not spawned from the dead. Instead they originate from evil, devious acts and raw negative energy that gives birth to these rogue entities.

One thing is certain in this book by Dr.Robert Curran. The disembodied have been a part our culture as far back as the Egyptian times. Some say it’s our human need to embrace life and deny finality. Others say it’s a plane of existence that the souls go to into afterlife. But modern times have pointed to cause and effect stemming from tragedy, haunting and reasons that the souls cannot free themselves from their earthly bounds. In any case, Curran warns us that the dead are not to be messed with on any level.

Mediums have made a living of spiritual activity, but it’s been poorly represented in the past with several frauds trying to profit off the relatives of the deceased. This has created an inner group of folks who focus of debunking and exposing frauds. One such name who we might be familiar with is a man named Houdini.

Though even Houdini has yet to cross back over in failed attempts which produce negative results. Curran has wrangled up his share of ghost tales. These famous little ditties come from all parts of the world based on events and cultureal factors.

A Bishop named Gemanus confronts one lost spirit head on to only help this soul find proper burial and church resolve. Thorolf Half Foot, the scary Viking ghost kept locals in fear with his penchant for demanding food and entrance. A spirit only known by “Corney” occupied a residence keeping it from new owners until it found a widow it approved of. Rotting fruit, flying objects, apparitions, the list goes on. Perhaps our fascination grows in an age where the dead have more reasons to return. Whether it’s a phantom army or a spectral hound, the stories continue to pour into by those who swear by their experiences.

Haunted places focuses more on establishments that are reported to contain spirits. This idea has been furthered with a flux of tv shows. Before hand, much of this was only kept local and somewhat hush hush as to not acknowledge the presence of dead things that still lurked about.

A well dome book, “The Ghost Handbook is highlighted by an array of cool photos, and illustrations that are art unto themselves. You most likely are now familiar with the Barron Educational series which has several volumes to offer. You’ll want to add this one which is visually one of my personal favorites. Don’t forget the great binding, hard cover and elastic book marking band! 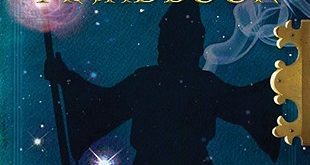 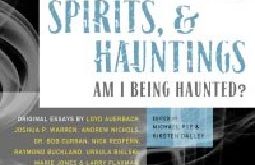 Are You Being Haunted? 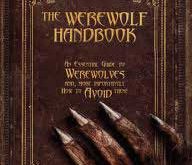