The Victim: Michael Biehn passes out?

Yesterday B-D was on set of new psychological horror-thriller The Victim, directed by newcomer Brock Morse and starring genre faves Michael Biehn (“Aliens”, “Grindhouse”) and Danielle Harris (Rob Zombie’s “Halloween”, “Hatchet 2”), and we’ve now been given exclusive behind-the-scenes footage of a scene in which Biehn struggles with a crooked cop, played by Ryan Honey, during which Biehn the actor passes out FOR REAL!

According to Biehn, he insisted – against stunt coordinator Tony Snegoff’s advice – that Honey not only use a genuine LAPD chokehold, but that he actually cut off his air supply in order to heighten the realism of the scene. Unfortunately, the actor didn’t “tap out” soon enough – as you can see, confused cast and crew members wait several seconds before realizing he’s actually blacked out from the pressure (note his twitching hands). Luckily, Biehn came out of the experience unscathed…though needless to say, they went with a different hold when doing re-takes. Talk about dedication.

“Annie’s (Jennifer Blanc) life is in jeopardy after she’s witnessed the horric rape and murder of her closest friend. Fleeing from two attackers (Ryan Honey, Denny Kirkwood) she stumbles across KYLE (Michael Biehn), a recluse living in the middle of the woods.

Kyle finds the stillness of the woods comforting. The ruggedly handsome loner stays far from civilization – that is – until a single knock on his door throws his solitary life into chaos.

Two worlds collide in this psychological thriller that will make you question your trust in mankind. WHO IS THE VICTIM?” 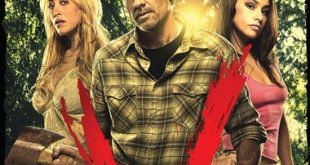 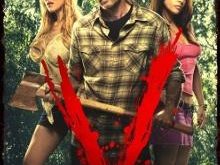 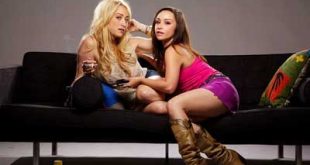 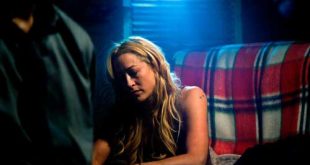