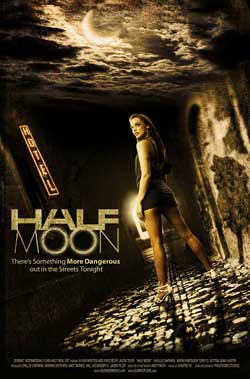 When a depressed and bitter prostitute named Rose (who really needs to work on her attitude and social skills if she ever wants to excel in her chosen profession) agrees to meet a client at a hotel she gets a lot more than she bargained for. After hours of talking (and I do mean hours) things get a little crazy and Rose decides to rob the man and leave him tied to a chair. Unfortunately for her the client isn’t just your average person as he is actually a blood-thirsty werewolf! Will Rose be able to leave their meeting in one piece or is she destined to be his next victim?

As most of you know, I totally and completely love werewolves. I love werewolf movies, novels, and anything having to do with lycanthropes. My love for werewolves stems from watching such classics as “The Howling” and “American Werewolf in London” during my demented childhood. Hell, I even loved the video to Michael Jackson’s “Thriller” as we get to see Jacko turn in to a werewolf and stalk some poor girl through the woods (it honestly scared the piss out of me when I first saw it when I was a kid, but thankfully my parents let me watch “Creepshow” a few moments later to help me feel better). When I got “Half Moon” I was very excited about checking it out since it is about a werewolf. I expected it to be a great time featuring some cool transformation scenes, gory deaths, and a lot of random werewolf action. Unfortunately I didn’t really get any of these things and as a result I just really couldn’t get into the movie.

I was very let down by “Half Moon.” What could have been a kick ass werewolf flick didn’t quite deliver and instead what we get is a very boring film that is made up of pretty much just one long conversation between Rose and Jacob over and over again. I was expecting to see a werewolf rip someone’s face off but instead I got one sitting around talking about his feelings. There were a couple of times while I was watching it that I started to wonder if I had been sent the wrong movie as instead of a horror film it was basically just a drama that didn’t really feature a whole lot of horror. I was patient and kept waiting for the good stuff to happen but other than just a few minutes toward the end nothing that spectacular ever took place.

I think that the biggest problem with “Half Moon” was the fact that it was just plain boring. There are way too many scenes where Rose and Jacob are just sitting around the hotel room talking and nothing else is going on. These scenes are too long and to be honest I really didn’t care about anything they were talking about. They talk about a little bit of everything ranging from the death of Jacob’s wife to how Rose learned a valuable life lesson from watching “Tom and Jerry” cartoons when she was a kid (seriously, I’m not making this up). As a result we get a long, boring talkfest of a movie that should have been called “The Conversation” instead of “Half Moon.” I had trouble paying attention for the majority of the movie and I think that a lot of other viewers will too.

Another issue I had with the movie was the acting. I don’t want to say that it was atrocious, but it was pretty damn close. Tori Black, who plays Rose, is quite horrible and pretty much just reads her lines without putting any emotion into them at all (maybe she should just stick with doing p*rn as she has quite a long list of titles in that field). I am not real sure what her deal was supposed to be as she is very wishy washy and one minute she is angry and pissed off at the world and the next she is happy and all smiles. I am still not sure what was up with her relationship with Jacob as she keeps switching back from appearing to care for him to insulting him and being afraid of him several times during the course of the movie. Marek Matousek is a little better as Jacob as at least he can show emotion at times, but there is still little doubt that this guy is going to be taking home an Oscar for his acting skills anytime soon.

I also feel like I have to talk about the ending as well. I don’t want to spoil anything for those of you who are still interested in seeing the movie, so let’s just say that the ending is painfully predictable and I think that anyone who has ever seen a werewolf movie before will be able to figure out what is going to happen at the end with little to no trouble at all. What happens at the end has been done to death so there is nothing original to see here. I was hoping that at least the filmmakers would go another route for the conclusion but sadly they didn’t.

“Half Moon” was pretty bad, which sucks because I really wanted to like it. I realize that this is writer/director Jason Toler’s first film so it is difficult for me to be too hard on him since this is his first endeavor into filmmaking. Hopefully he will improve his skills before he attempts to produce another one. As I said, I really wanted to like it as I thought it had a cool premise, but it just sort of fell on its face several minutes into it. The transformation scene when we finally get to see the werewolf is pretty bad (done with CGI) and the werewolf itself is obviously some guy in a costume. I think that this movie could have been good but a combination of things keeps it from happening. It isn’t the worst werewolf film I have ever seen, but I really can’t see myself watching it a second time. Check it out if you just love werewolves and are curious about it, but don’t expect anything groundbreaking. 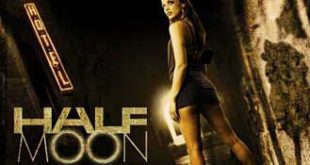