Voyage to the Bottom of the Sea Season 4, Volume 2 – on DVD 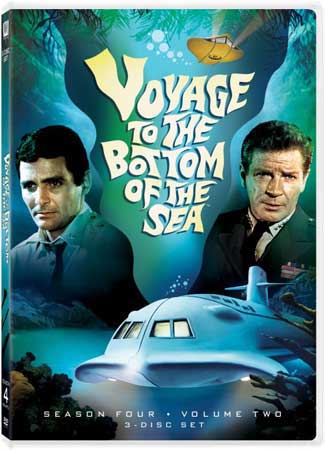 Attention. Admiral Nelson, Commander Crane and the crew of the nuclear submarine, Seaview.

Responsibilities. To defend the planet from world and extraterrestrial threats.

Additional mission intelligence.
Set a course for action and imagination in the final volume of Voyage to the Bottom of the Sea, Irwin Allen’s brilliant science fiction classic. Dive into a world of wonder as Admiral Nelson, Commander Crane, and the crew of the Seaview embark on thirteen of their deadliest adventures and face some of their most memorable villains- from Blackbeard the pirate and a malevolent leprechaun to an abominable snowman and the unexpected reappearance of a mysterious time-traveler. Climb aboard the world’s mightiest nuclear submarine and re-live some of the greatest moments from one of the greatest science fiction shows of all time…full speed ahead!

Tags Voyage to the Bottom of the Sea