There’s news today of Neca releasing their first out of two action figures that features the infamous villain from Wes Craven’s Scream franchise, Ghostface. Rumor has it, and yes this is just a rumor, that since this action figure comes out around the same time Scream 4 is released, this may or may not be what the new Ghostface actually looks like in the film. This Ghostface action figure stands 7-inches and comes with a buck knife. And oh how brilliantly wicked he looks too! 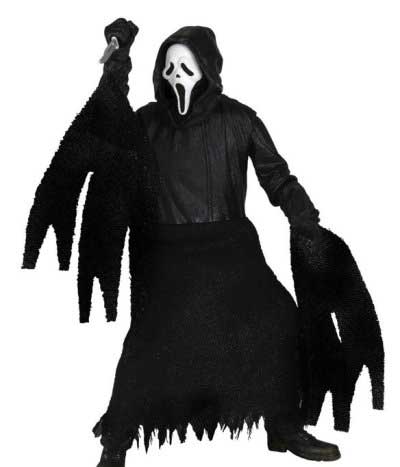