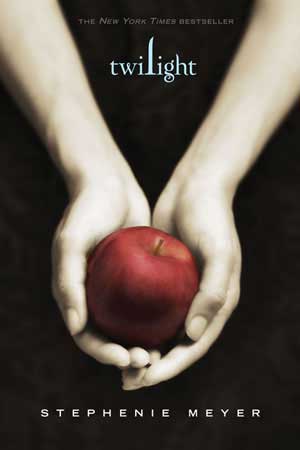 The Twilight Saga, by Stephanie Meyer, is a vampire-romance series of novels about the unconventional love between the mortal Bella Swan and the vampire Edward Cullen and the problems they get into while they are together. Twilight is the first installment in the series, with the others being New Moon, Eclipse, and Breaking Dawn.

I was at first very hesitant to read these books, as I felt like they just made the vampire into the new “fad”…the next Harry Potter. I have always been fascinated by the story of the vampire, from reading Dracula by Bram Stoker, to Anne Rice’s Vampire Chronicles, to movies such as Dracula 2000, From Dusk Til Dawn, and The Lost Boys, to the very origins of the vampire tale: Vlad the Impaler. Hence, the idea of making the vampire the center of a story consumed by the grand public, rather than for those in love with the horror genre, was at first very daunting to me. Yet, after much thought and contemplation, I finally gave in and saw the movie and was intrigued enough by the story to pick up the book.

In Twilight, the seventeen year old Isabella Swan, known as “Bella,” is the first to be introduced, as she is the one who narrates the story. The book begins by Bella explaining that she is in the process of moving from living with her mom in Phoenix, Arizona to Forks, Washington, where she will be living with her dad. Although she is not happy about this, she chooses to do this so that her mom can travel with her new husband, who is a minor league baseball player.

Bella quickly makes friends at her new school, which she explains is quite the opposite of her life in Phoenix, where she was a loner. The mysterious Edward Cullen seems to be repulsed by Bella when she is forced to sit next to him in their biology class. Bella is consequently on a search to figure out why Edward acts as he does. Jacob Black, a family friend, reveals some local tribal legends to her, where she concludes that Edward must be a vampire. After telling Edward what she knows, Edward reveals that his family is different from others of his kind. Amongst other differences, the main point that sets them apart from other vampires is that they do not feed on humans; rather, they drink animals’ blood to survive. Edward explains that he had to avoid Bella at first because her sent was too strong for him to handle. The two spend more and more time together and quickly fall in love.

Both Edward and Bella discover just how dangerous their relationship is when a vampire from a different coven, James, enters Forks and decides to hunt Bella for sport. The Cullens devise a plan to distract the vampire, which almost falls to pieces when James finds a way to get Bella alone. Luckily, Edward is able to rescue Bella before James can kill her. Edward must make the choice to keep Bella as a human or let her turn into a vampire when he realizes that James has bitten his arm. Edward decides to suck the venom out of her before she changes into a vampire. Bella and Edward attend their school prom once they return to Forks. While there, Bella explains that she wants to be a vampire, which Edward will not allow.

While Twilight was good, it undoubtedly went into dense detail concerning the “love” between the two main characters: the vampire Edward and the high school girl Bella; their constant talking of how they cannot live without each other gets old quickly. While I did enjoy Meyer’s writing style (her choice of words is pretty mature, considering the series is meant for teenagers), I found the story very repetitious. I felt like the vampire part of the story was more of a backdrop to the romantic part; the story revolved around the two main character’s love for one another more so than focusing on the “horror” aspect of it. Although Meyer creates her own version of the vampire and explains it in portions throughout the story, don’t expect a vampire story as an author like Anne Rice portrays it. Meyer’s rendition of the classic monster is interesting, but fails to go into great detail concerning the struggle of the vampire as he tries to deal with his nature. Maybe more will be revealed in consecutive novels. A little bit of a philosophical struggle was revealed, though, as there were some religious references. This was especially revealed concerning the father’s, Carlisle’s, sense that he had a “higher calling” to be a doctor and save the lives of mortals.

All in all, if you are looking for a good romance, mixed with some elements of horror and adventure, the book is a very fun and quick read.