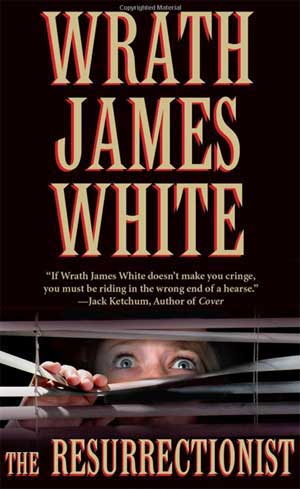 When I found out that Wrath James White was coming out with another book, I knew I had to pick this one up and give it a read. Having read Succulent Prey, I became a fan of Wrath’s writing. He is considered to be the most sick, twisted and depraved writer whose work I’ve had the privilege of reading. His first book had all the intensity and depravity that a true psychopath would love. With his second book, The Resurrectionist, I can now say that this is his best work yet. So with that being said, I would like to get on with the review and tell you all what I think of this sickening book.

The writing style was very clean, I loved it, and the pacing was really good as well. The story moved with a life of its own, you could almost feel the despicable acts of violence that were being committed to the victims within the story. I don’t want to give too much of the plot away. The book is about a creepy and perverted neighbor who moves across the street from this married couple and let’s just says that he has a very unique gift. The characterization is well written. I was surprised by the twist at the end, it caught me completely off guard. I don’t think I’ve read an ending like the one I’ve read in The Resurrectionist.

The intensity of this book is way out there. Wrath wasn’t afraid to push the envelope further in his second book published by Leisure. I could almost envision the torture and pain that the characters have gone through in this book. This is a unique tale that I haven’t seen before and I was very glad that it was Author the master of disgust, Wrath James White. Like Succulent Prey, The Resurrectionist has a way of getting under your skin with the violence and depravity that takes place within the pages of this novel. You will not feel the same after you read the works of Wrath James White. I could only imagine what his small press is like. I have a hard time finding small press books since bookstores like Barnes and Noble would never order them for me.

But the fan base that Wrath has created by having Succulent Prey and The Resurrectionist published, is large. He now has a lot of faithful readers, me included, who are just dying to see what his next twisted imagination could come up with next. It’s safe to say that Wrath is right up there with Richard Laymon, Brian Keene, Jack Ketchum and Edward Lee. The book was filled with bucketfuls of blood and gore. There was sex as well. And not to mention, flaying of skin. I give this book five bloody torn out hearts. This is how good of a book that Wrath has written. I’m definitely looking forward to reading more of his works. He is a master of the genre now and isn’t afraid to go beyond the boundary of our imaginations. 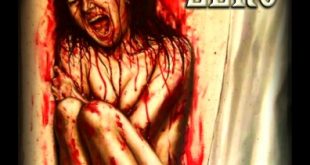