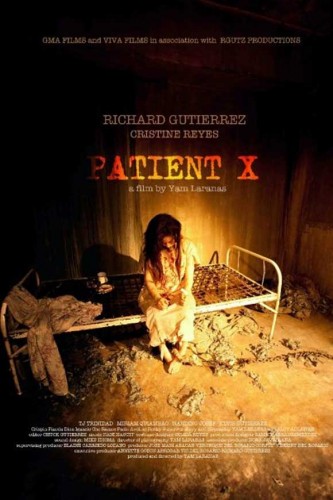 After twenty years, local police captures the murderer of the older brother of a young boy. Now a doctor, he must go back to his old town and face the murderers himself. He then discovers that the murderers are Aswang (folkloric Filipino vampire-like creatures) and they pose a deadly threat not only to him but also for the entire town.

“Patient X” is a horror film from the Philippines that uses the local legend of the aswang as the key antagonists of the story. In their folklore, the aswang is a vampire like creature that also has some very bizarre sounding attributes that are unique. I had read about them before many years ago and at one time wanted to write a script revolving around them. So I was excited to see “Patient X”, only to have that excitement fade when I realized all they were going to do be in the film were your basic bloodsuckers. It wasn’t a bad film, it was pretty good, it just felt that they were going for a film that could be marketed to a western audience as well.

After twenty years, the local police have finally captured the murderer of Lukas’ (Richard Gutierrez) older brother. He is now a doctor and must go back to his childhood hometown and confront the persons responsible. That person is Guada (Cristine Reyes), a beautiful young woman that so happens to a mythical Filipino creature known as an aswang. It is hard for him to accept but he isn’t given much time to comprehend when a group of aswangs, including Guada’s husband, want to get her back. She doesn’t want to go back, she is remorseful for all of the things she has been involved with. Lukas chooses to side with Guada and together they fight off the aswang that are trying to invade the hospital. 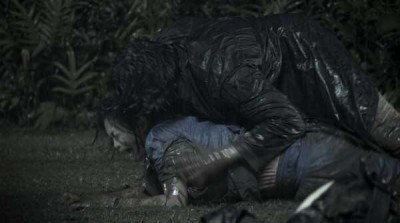 The story in this film was pretty solid. I was worried that they were gonna take the reverse “Twilight” route, in a sense they did, but never made the film about the relationship which was refreshing. There was some solid acting from our leads who were very effective and likable. The movie was never boring and moved along at a steady enough pace to keep things rolling.

So what was wrong with it? To me it seemed to lack any real ambition. The movie played itself safe and never strayed from its by the numbers plot. Everything that I expected to happen happened. I was hoping for a few surprises but they never appeared. Not sure why but it sort of felt like a low-rent “30 Days of Night”. There was just so much that could have been done digging deeper into the folklore of the aswang that could have set it apart from the pack. The film felt way to western for me and would have liked to see a Filipino vampire film, not an American one with Filipino actors. This just seems to be a missed opportunity. When I think of truly foreign vampire film that uses its own mythology and truly a product of its folklore was the “Mr. Vampire” series from Hong Kong. Very unique and fun which was what I was hoping to see with “Patient X”. 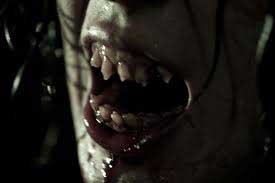 The effects were pretty light, all our aswang had were front fangs, when I have seen some pretty interesting looks to aswang in print, nothing real different here. The gore quotient was pretty light and the film may have suffered a bit from a lack of funds.

“Patient X” is a good movie, I completely recommend it. I watch a whole lot of foreign films and part of the attraction for me is to maybe learn a bit or be exposed to things that are truly unique to that culture. I get a bit turned off to films that try too hard to have that western feel. I understand that there is money to be made when a film can appeal to a western crowd. I just feel that there can be a balance and there was never an attempt to create that balance. This is a safe film that is fun. The opening title sequence is pretty sweet and the score is haunting, just wish the film could have tried to be a bit different. 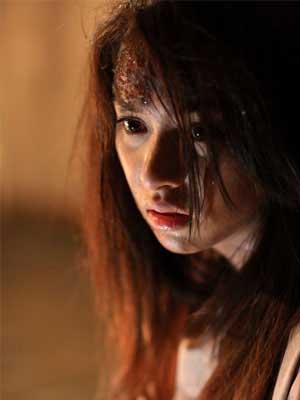 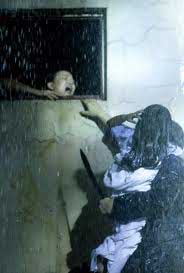