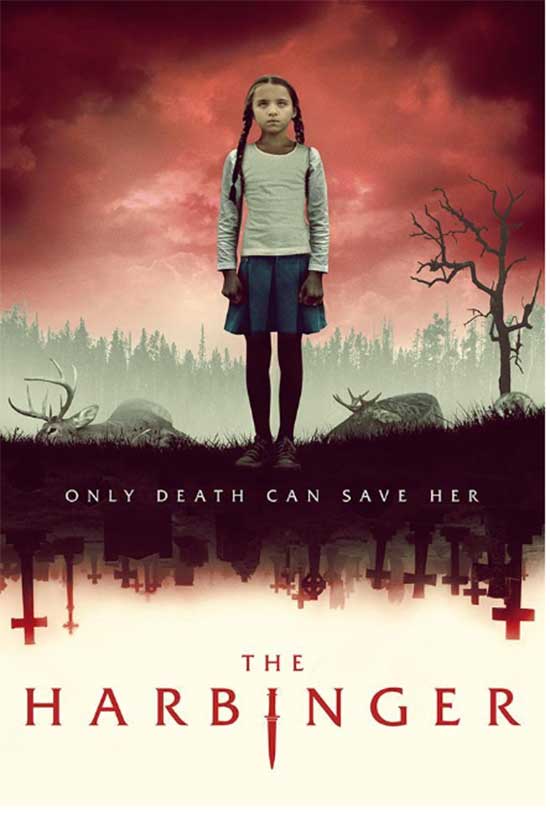 THE HARBINGER
Available on DVD Next Week
October 11th

Only death can save her…

Hoping to escape their past, Daniel and Theresa Snyder move their troubled young daughter Rosalie to a quaint Midwestern town, but they are followed by the evil they tried to leave behind. When locals begin to die, the Snyders turn to a Native American seer and uncover a legend that may hold the key to saving their family, or a path to a grisly end for them and all they hold dear.