Home | News | Agatha Harkness Reveals Her Secret Past and Debuts a New Look in Midnight Suns #2!

Agatha Harkness Reveals Her Secret Past and Debuts a New Look in Midnight Suns #2!

Yesterday’s MIDNIGHT SUNS #1 began a saga that will redefine Marvel magic! In the opening issue of this five-issue limited series, fans witnessed the rise of a new mystical threat and the impact it’ll have on prominent magic users across the planet including Agatha Harkness! In typical Agatha fashion, the ancient witch seems to know more than anyone about the dark power that’s been unleashed and has her own plans for dealing with it. To learn the mystery of her motives, writer Ethan Sacks and artist Luigi Zagaria will reveal more about Agatha’s shrouded past than ever before starting in MIDNIGHT SUNS #2. Is the Marvel Universe ready to learn Agatha’s secrets? 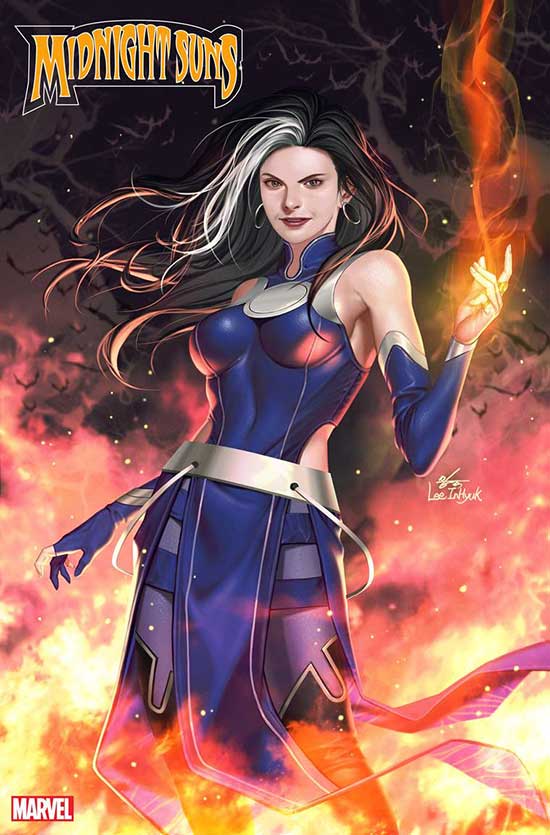 Fans can get their first glimpse at Agatha in her more youthful days right now in Zagaria’s original design sheet AND in a captivating variant cover for MIDNIGHT SUNS #3 by InHyuk Lee.

“Agatha Harkness has been a mysterious character that had Marvel fans under a spell long before her MCU debut in Wandavision,” Sacks said. “Getting to reveal some of her comics backstory, from her younger, more passionate, and less cynical days has been, well, magical.”

Since her first appearance in Stan Lee and Jack Kirby’s Fantastic Four #94, Agatha has played many roles from Franklin Richards’ babysitter to Wanda Maximoff’s mentor, but her journey in MIDNIGHT SUNS promises to usher in her biggest transformation yet! Be there when the sins of Agatha’s past finally catch up to her in MIDNIGHT SUNS #2! For more information, visit Marvel.com.

Retailers, don’t forget to order your copies of MIDNIGHT SUNS #2 by Monday, September 19!