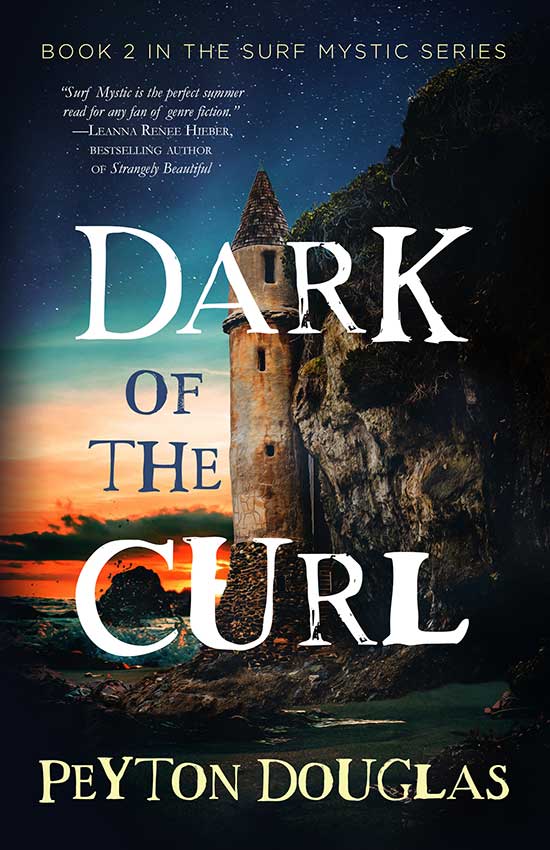 Coming August 23: DARK OF THE CURL

This summer, Castle Bridge Media brings you the second in our 1950s demon-infested beach party series Surf Mystic. First up we have a fresh re-release of Book 1, Night of the Book Man, which Horrorbuzz said “reads like a summer blockbuster, reminscent of Stephen King” with a new cover to match Book 2– and then on August 23, Frannie returns in Dark of the Curl.

Surf Mystic: Dark of the Curl by Peyton Douglas (8/23 in paper and Kindle) – Welcome back to the eternal  haunted summer of Laguna Beach. The Surf Mystic series continues in this harrowing adventure. Frannie Cohn, the four-foot-ten queen of the waves and the mystic arts, returns to Laguna Beach in 1959. But between her surfer maybe-boyfriend and a broodingly handsome newcomer with a dark secret, Frannie has plenty of trouble on her hands. But when an army of murderous, bewitched wooden men begins stalking the beach, Frannie’s summer gets deadly fast.