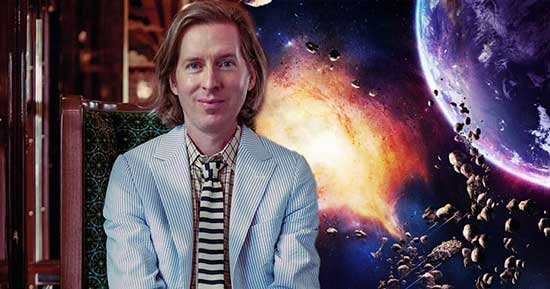 Focus Features has partnered with Indian Paintbrush on ASTEROID CITY, the upcoming film written and directed by beloved auteur, Wes Anderson, based on a story by Anderson and Roman Coppola. The collaboration is a reunion among Anderson, Focus, and Indian Paintbrush following 2012’s MOONRISE KINGDOM. Focus and Universal International will handle worldwide distribution of the title.

The film is produced by Anderson and longtime collaborators Steven Rales, founder of Indian Paintbrush, and Jeremy Dawson.

Peter Kujawski, Chairman of Focus Features, said, “We are beyond thrilled to be the global home for ASTEROID CITY, bringing Focus back in business with Wes and his producing partners. Wes is a generational talent whose films delight audiences around the world; and we’re sure that the combination of his incredibly emotional story and vision combined with the insanely talented group of actors he has assembled, will mean that ASTEROID CITY will be no different.”

ASTEROID CITY is a poetic meditation on the meaning of life. It tells the story of a fictional American desert town circa 1955 and its Junior Stargazer convention, which brings together students and parents from across the country for scholarly competition, rest/recreation, comedy, drama, romance, and more.

Anderson’s works beyond MOONRISE KINGDOM include THE ROYAL TENENBAUMS, FANTASTIC MR. FOX, ISLE OF DOGS, THE GRAND BUDAPEST HOTEL, THE DARJEELING UNLIMITED, THE LIFE AQUATIC WITH STEVE ZISSOU and most recently, THE FRENCH DISPATCH.

Anderson is represented by UTA and Jackoway Tyerman.