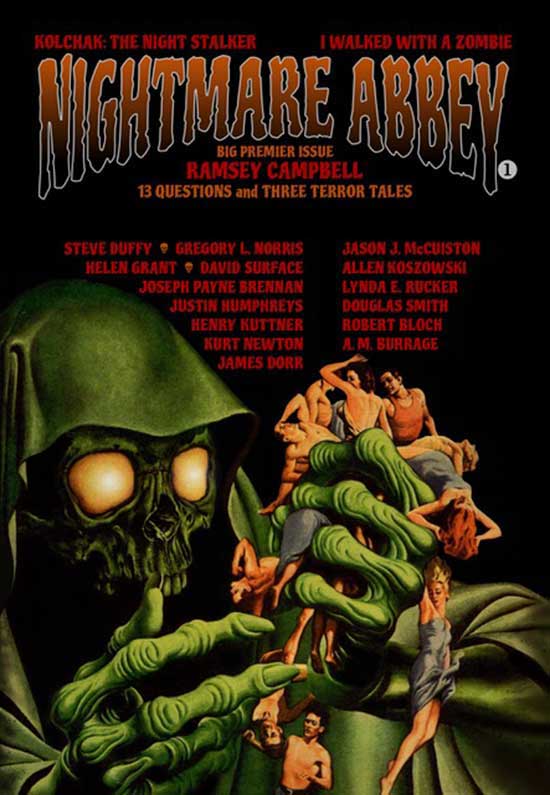 Created as the literary “wicked stepsister” of DLP’s popular SF journal Black infinity, Nightmare Abbey is a return to the horror magazines of yesteryear. The premier volume weighs in at 180 pages and presents 19 tales of terror, including new stories by Steve Duffy, Lynda E. Rucker, David surface, Helen Grant and others, and a special section devoted to the UK’s Grand Master of Horror, Ramsey Campbell, with a new interview and three classic tales. The first volume of Nightmare Abbey also features a fond remembrance of the 1970s fright show Kolchak: The Night Stalker; an analysis of Jacques Tourneur’s groundbreaking 1943 horror film I Walked With a Zombie; and dozens of illustrations by World Fantasy Award-winner Allen Koszowski and others.

Nightmare Abbey will be available at many online venues, with Amazon sites around the world offering the book. Brick-and-mortar bookstores will also be able to order copies.