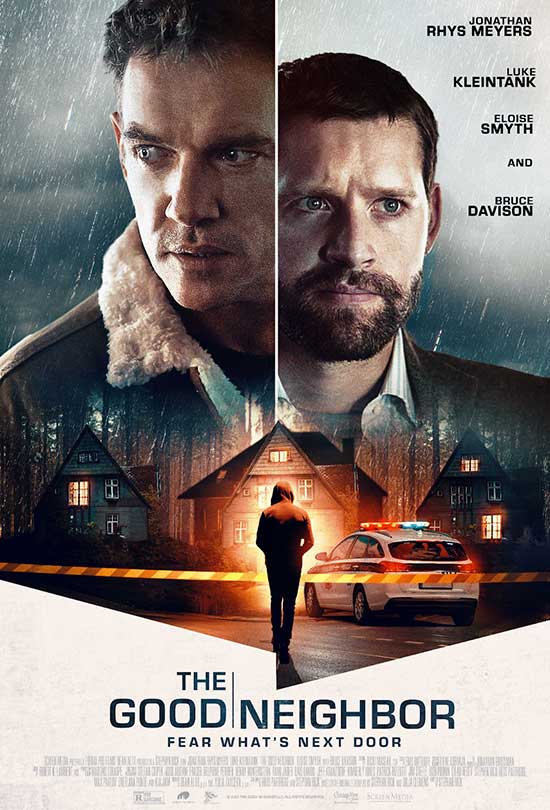 In Theaters and On Demand Friday!

Directed and Written by: Stephan Rick (The Dark Side of the Moon)
Based On The Original Screenplay by: Stephan Rick And Silja Clemens
Co-writer: Ross Partridge (Room 104)
Starring: Jonathan Rhys Meyers (“Vikings”, “The Tudors”, Bend It Like Beckham), Luke Kleintank (“The Man In The High Castle”, Crown Vic), Eloise Smyth (“Harlots,” “The Frankenstein Chronicles”) and Bruce Davison (Willard, X-Men)

A nightmarish evening unfolds for neighbors David (Luke Kleintank) and Robert (Jonathan Rhys Meyers) when they accidentally hit a woman on her bike and flee the scene. While David is increasingly plagued by feelings of guilt, Robert shows no remorse and becomes overbearing and possessive. When David meets Vanessa (Eloise Smyth), the victim’s sister, he submits to a reckless passion and underlying sense of redemption before realizing Robert will do unspeakable things to protect their secret.