New trailer for PAID IN BLOOD 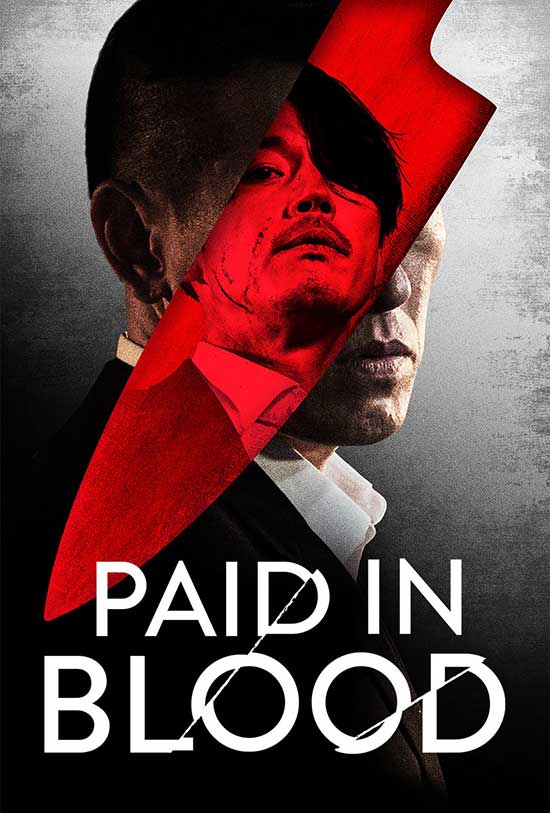 PAID IN BLOOD, which according to HanCinema “pays homage to the Korean crime thrillers of the two previous decades” as well as to yakuza films, debuts June 17 exclusively on the martial arts action streaming service Hi-YAH! before hitting Digital only on July 26 from Well Go USA Entertainment. When a powerful crime ring begins construction on the largest casino in all of Asia, the group is challenged by a vicious young gangster from Seoul who is more than eager to kill his way to the top. Written and directed by Yoon Youngbin, the action-packed crime thriller stars YOO O-Seong (Beat, Champion, Spy), JANG Hyuk (The Swordsman), Park Seong-geun (Stranger, Into the Ring), Oh Dae-hwan (Deliver Us From Evil, Veteran, The Great Battle), Lee Hyun-kyun (“To All the Guys Who Loved Me”), and Shin Seung-hwan (Vagabond, The Battleship Island, Veteran).

When a powerful crime ring starts construction on the largest casino in all of Asia, the group is challenged by a young, vicious gangster (Jang Hyuk) from Seoul who will stop at nothing to gain power. In a desperate attempt to stop the newcomer’s plot to kill his way to the top, the gang’s leader declares all-out war on the man and his followers.

IP MAN: THE AWAKENING has a runtime of approximately 119 minutes and is not rated.