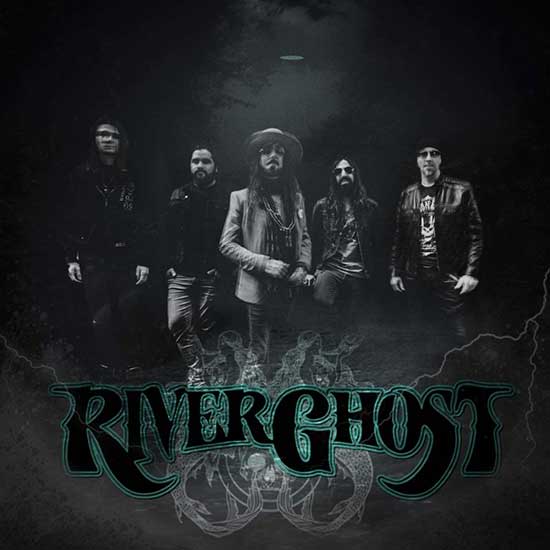 Nashville, TN- RiverGhost Release New Southern Rock Single “End of the River”
RiverGhost has released their third single, “End of the River”. Following their earlier releases, “Darkhorse” and “Fruit On The Vine”, RiverGhost has committed themselves to consistently delivering listeners soulful rock and roll with a twinge of rhythm and blues. “End of the River” capitalizes on the blues element RiverGhost is known to bring to the table, conveying a newfound moodiness and a sodden sound that the band has yet to display on record. The song itself is textural; “End of the River” is a culmination of all the best elements listeners would expect from a Southern rock song. Vocalist Kaige Dvelle delivers country-tinged, meaningful lyrics carried by a fervent rhythm section to create an intense audible and visual experience.
While RiverGhost has been in action since 2021, they bring their groovy rock and roll sound to 2022 with their long awaited on-record debut. This blues rock act captures the essence of classic bands like Guns n’ Roses, The Black Crowes and Aerosmith with a fresh take on that sacred sound. Bringing in elements of soul, rhythm and blues and country wrapped in rock and roll, RiverGhost is paving their way as a band for all listeners to enjoy.
There’s lots to take away from “End of the River”. It’s a song for unstable times; it’s a perfect follow up to “Darkhorse” and “Fruit on the Vine” and a haunting bridge to the next release.
Hearing these initial three tunes gives you an idea of the musical craftsmanship coming your way and shows listeners a mere slice of the inspiring, big picture that is RiverGhost.
“I’ve never been a fan of knowing the story behind songs. I always felt it took away my chance to paint my own picture”, says Kaige Dvelle, RiverGhost leader and frontman.
Tim Dolbear, producer on the track mentions: “Kaige and Randy (Boots) work together like they have been on the same team for their entire lives, kind of a Steven Tyler/Joe Perry synergy when they are in the room together. In the studio, working with the team was just effortless. All I had to do was stay out of the way and not mock it up.”
RIVERGHOST IS:
Kaige Dvelle – Vocals
Randy “Boots” Roberts – Guitar
Justin Tolley – Bass
Will Conway – Guitar
Isaac Velasquez – Drums
Share