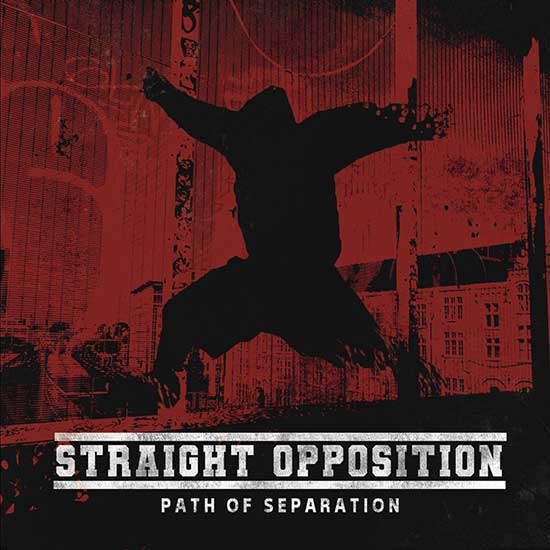 “Path of Separation” will be officially released on March 21st 2022 via Time To Kill Records.

Aggressive, darkened and pissed off hardcore with 90s alternative/noisy influences. Old school, fast approach, with some unexpected twists, a modern sound and lyrics against mass society and its contradictions. A blend of a compressed version of Integrity and Napalm Death without blast beats.

STRAIGHT OPPOSITION have always stood for the rights of all minorities that are oppressed by the capitalist, dehumanizing way of life upheld by corporations worldwide.

“Step by Step” (2006, LP, Indelirium Records) was the result of this path and its promotion was supported by several shows all over Italy and Eastern Europe. It was followed by “Gathered Against Mediocracy” (2008, Indelirium Records), a very fast, aggressive and diverse 7-tracks EP, and “Fury Stands Unbeaten” (2010, LP, Indelirium Records). These albums, together with the frantic live activity across 16 European countries, allowed the band to consolidate its name in the underground scene of the continent.

STRAIGHT OPPOSITION released the “10 Oz” EP in 2013 (Indelirium Records) and the self-produced “Pescara Hardcore EP” in 2014. “The Fury from the Coast” (2017, LP, Indelirium Records) was followed by a massive touring campaign ranging from Spain to the Czech Republic and was the last album before the band called it quits in mid-2018.