Home | News | The World We Knew – Trailer and Poster!

The World We Knew – Trailer and Poster! 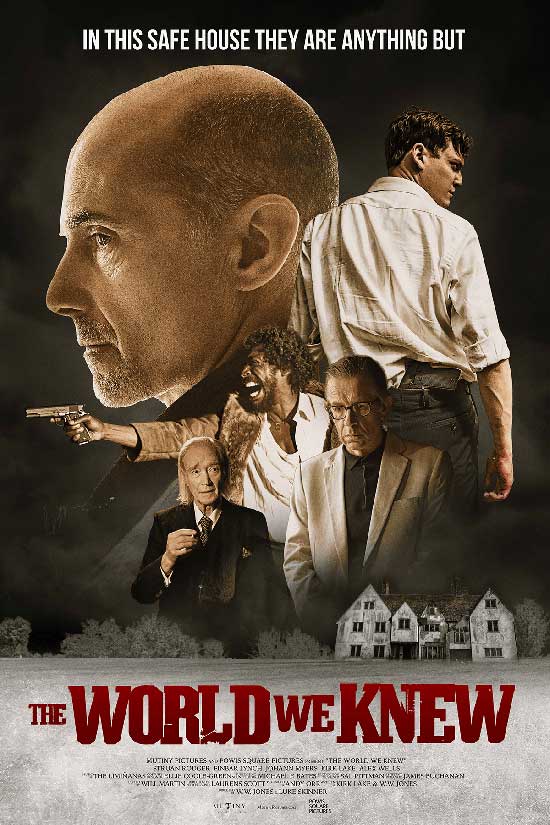 Following its premier at FrightFest, British horror-thriller The World We Knew debuts on VOD and DVD in the USA on January 11 2022 distributed by Mutiny Pictures.

Turning the contemporary British gangster movie on its head The World We Knew is a stylish haunted house film blending pitch black humour and creeping dread with a touch of macabre surrealism.

After a botched armed robbery a gang flee to a mysterious safehouse. The archetypes are in place. The hard-boiled leader. The old timer out for one last score. The washed up ex-boxer looking for another shot. The night club owner with a chip on his shoulder. The young kid way out of his depth. Tormented by their past misdemeanours, mutual distrust and by things that go bump in the night, the men must confront the very edges of their sanity. But is it ghosts or their guilt that finally push them into a hell of their own making? And who or what will survive until morning.

Shot on a micro-budget in a derelict 16th century manor house, the film stars Johann Myers, (The Wheel of Time, Small Axe, Undergods) Struan Rodger (Kill List, The Enfield Haunting, Dr Who), and Finbar Lynch (Treadstone, Proof ). The World We Knew is an entirely independently financed film and is the debut feature from co-directors WW Jones and Luke Skinner. The soundtrack has been composed by cult French band The Limiñanas and is released on vinyl by Because Music.