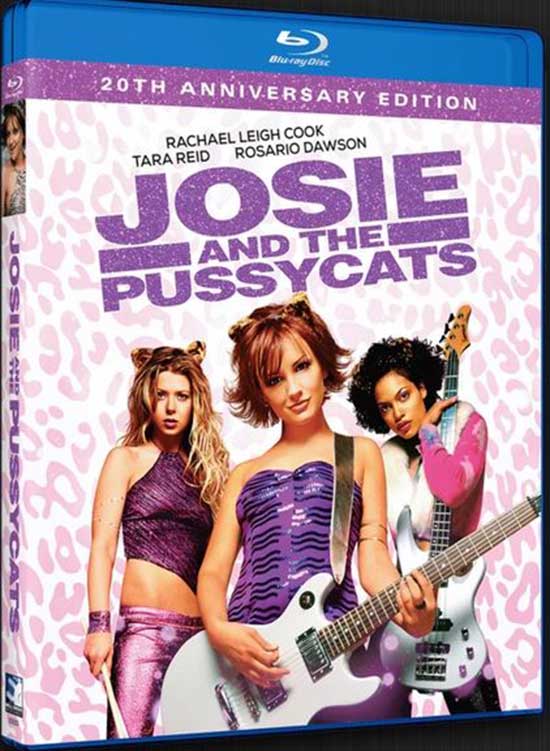 A girl group find themselves in the middle of a conspiracy to deliver subliminal messages through popular music.

Most of us older generations came to know Josie and the Pussycats back in its earlier cartoon days that ran a healthy comic run from 1963 to 1982. The series caught on and quickly evolved into a Saturday morning cartoon back in the 70’s that would firmly cement this trio as an iconic mainstay . 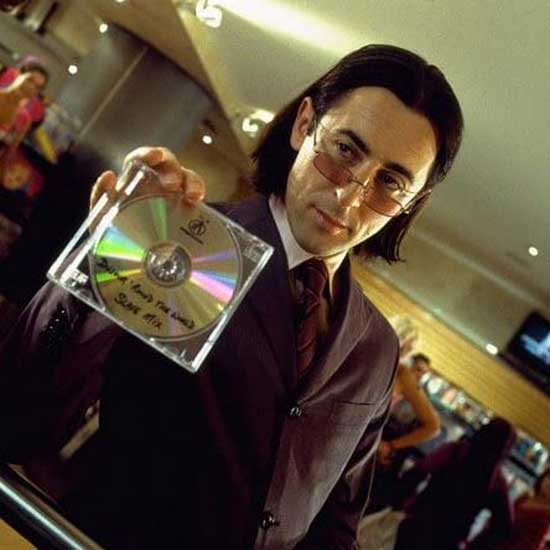 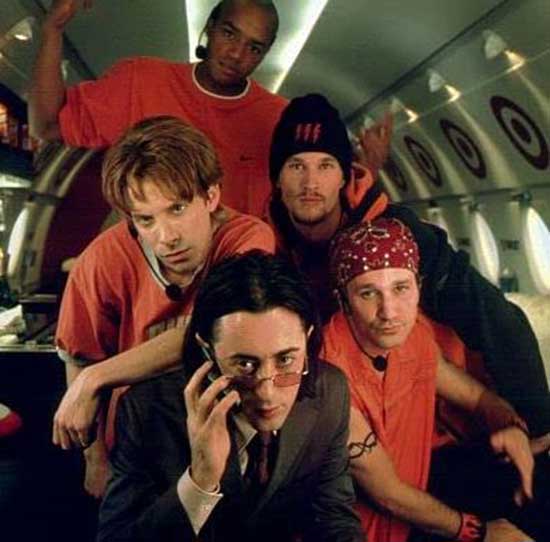 Like many of the earlier works that have given birth to bigger things, Josie and the Pussycats would undoubtedly find its way to Hollywood in the form of a full feature film. This film would emerge in 2001 featuring an ensemble team that comprised itself of actors: Rachael Leigh Cook as Josie McCoy, Tara Reid as Melody Valentine and Rosario Dawson as Valerie Brown. Or in other words the music trio of Josie and the Pussycats, a local struggling band who just happens to be in the right place at the right time. 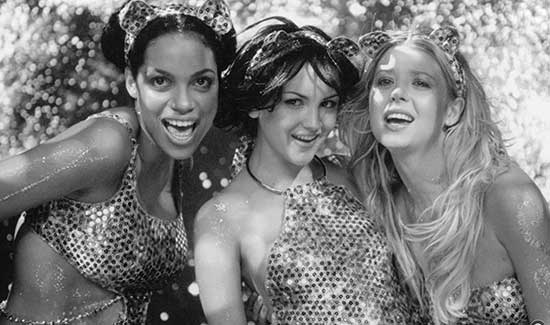 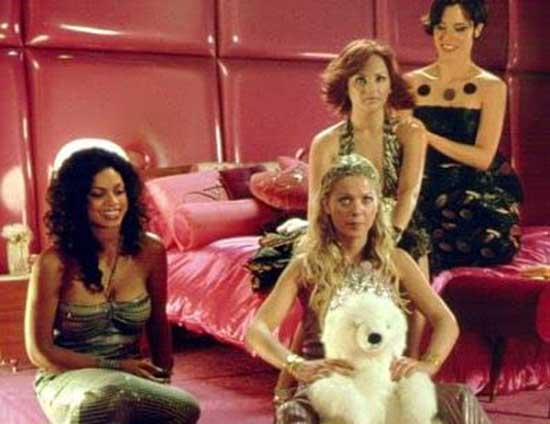 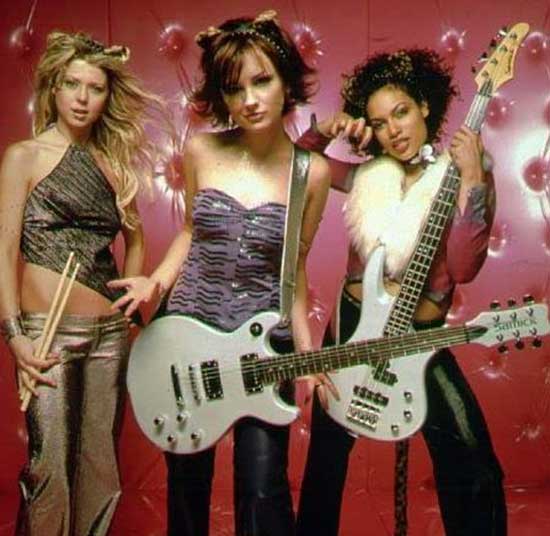 Josie and the Pussycats are soon discovered and immediately pushed into the mainstream with a massive advertising campaign, a new CD, and a revised look that makes them overnight sensations. With a #1 single now supporting their debut, they are given the once in a lifetime chance to become the nation’s new rock and roll sensation. Meanwhile CEO Fiona (Parker Posey) plots to control America’s youth with subliminal mind control thru the CD’s backing tracks . 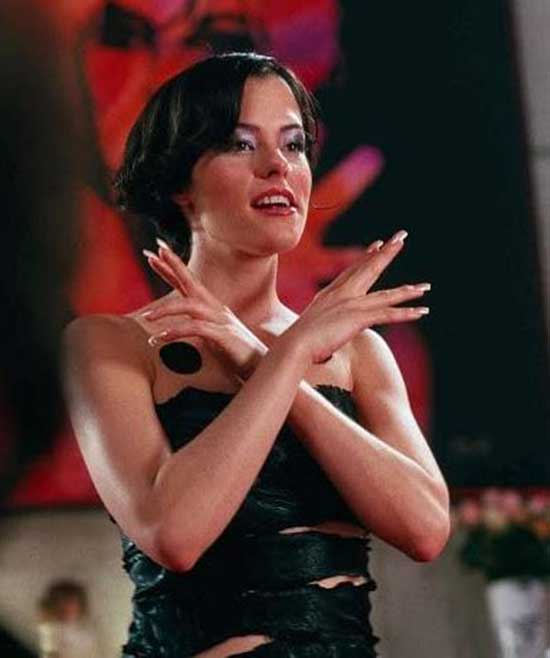 Tara Reid plays the film’s hilarious dumb blond role while Rachael Leigh Cook is a charming as ever in her lead as Josie. This musical comedy is in many rights a cult hit that is designed for those who want their humor, music, and cute girls all in 1 package. The theatrical release of the film did less than stellar but later enjoyed its cult following resurgence in years to follow. Now 20 years later it is hard to believe that this movie has found its place in movie culture as an earlier turn of the century release.

The film never received a sequel but none-the-less is perfect in this weird little one-off release. Josie and the Pussycats takes a lead from earlier style 70’s type of humor that we are used to seeing in retro TV shows like “The Monkees”. It also has great similarities to the later films like “Spiceworld: The Movie” 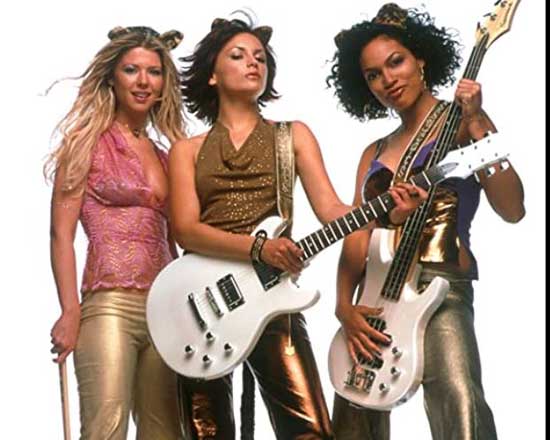 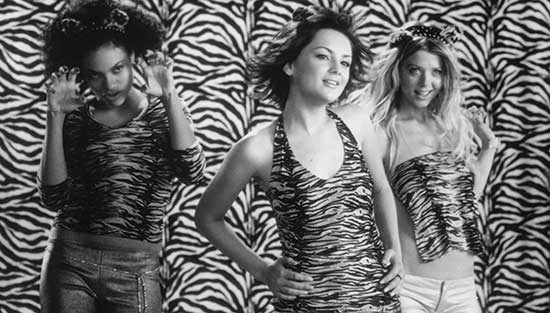 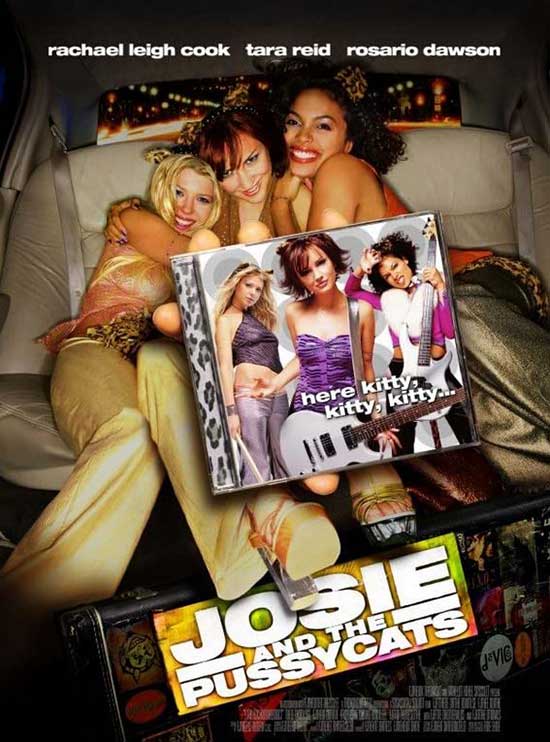 A fun, clever romp “Josie and the Pussycats” is light hearted and quirky movie field with humor and pizzazz. The film features an above average raised bar soundtrack that helped to push this release along with a few choice cuts that made radio. The team of Tara, Rosario and Rachael is just simply a fun bunch of gals to watch which most would be hard pressed not to fall in love with. Seeing Rosario Dawson is this earlier younger role is quite a hoot as she went on to more “bad ass” types of roles.

In summary, Josie and the Pussycats (2001) is an enjoy bale experience as a PG movie that won’t offend never taking itself seriously beyond being that of a realized live action version of its 70s cartoon. Knowing how the acting talents have evolved it is also great to see them in this earlier piece.