Home | News | BLACKSTOCK BONEYARD – in the tradition of CANDYMAN – Coming to DVD and Digital June 8, 2021

BLACKSTOCK BONEYARD – in the tradition of CANDYMAN – Coming to DVD and Digital June 8, 2021 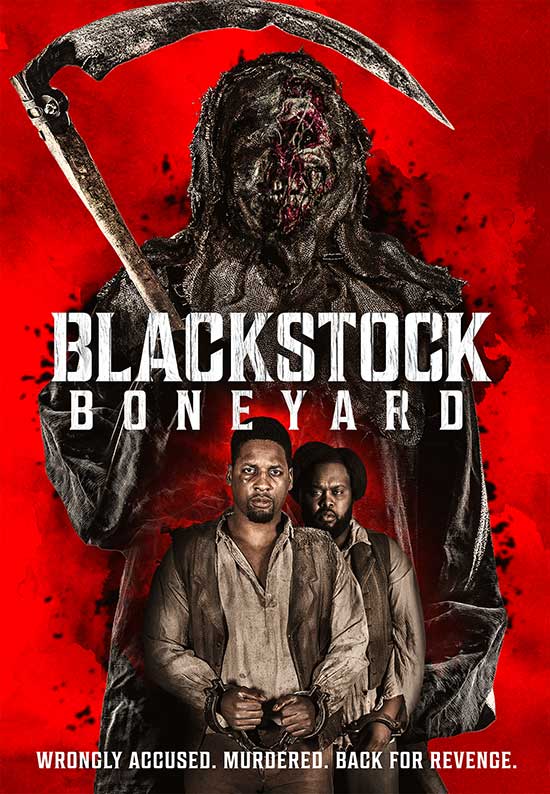 Before the Candyman arrives back in theaters, treat yourself to a few sweat-inducing nightmares courtesy the Griffin brothers.
Based on an untold true story, brothers Thomas & Meeks Griffin were prominent black farmers who were forced to sell their land and wrongly executed. 100 years later, they’re back to avenge their deaths by killing the descendants of those responsible.
From director Andre Alfa, Blackstock Boneyard stars Ashley Whelan, Aspen Kennedy, Aubree Storm, Bryan McClure, and Richie Stephens. It premieres on DVD and Digital June 8 from Uncork’d Entertainment.
Share