“A must-see gem… a serious discovery, and the kind of project that should rocket [Ford] (and her stars) to a new level of Hollywood hype.”
— KateErbland, Indiewire

“Offers a fresh way of examining sexual assault and its aftermath on screen, one that feels just as emblematic of its moment as Thelma & Louise.”
— Soraya Nadia McDonald, Film Comment 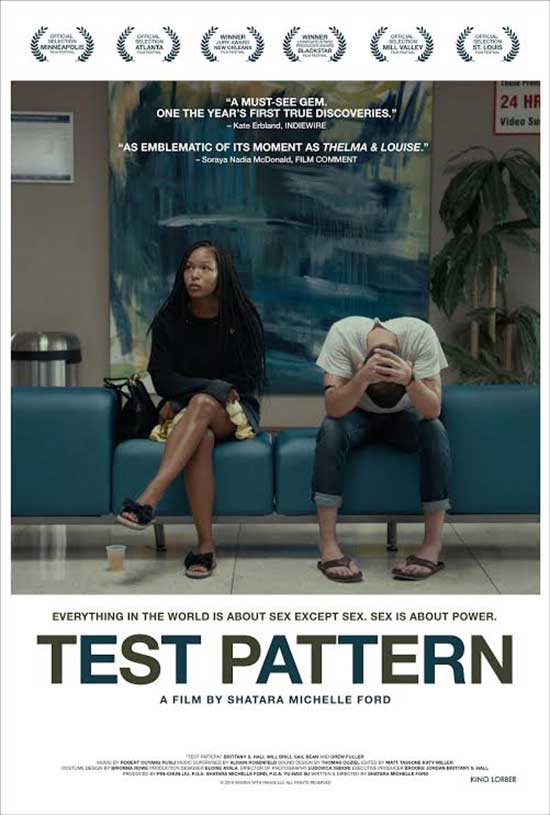 Part psychological horror, part realist drama, TEST PATTERN unfolds against the backdrop of national discussions around inequitable health care and policing, the #MeToo movement, and race in America. The film follows an interracial couple whose rock-solid relationship is put to the test when Renesha, a Black woman played by Brittany S. Hall, is sexually assaulted. Her white boyfriend (Will Brill) insistently pursues a rape kit and is met with medical and administrative incompetence at every turn. The film analyzes the effects of the systemic factors and social conditioning women face when navigating sex and consent within the American patriarchy, along with exploring institutional racism from a Black female point of view.