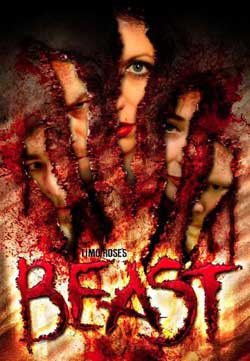 When thinking of a creature called a beast, one might think big mythical creatures such as Bigfoot or the Loch Ness Monster. In the case of Timo Rose’s Beast, the monster wreaking havoc in Germany is none other than the half man half wolf fictional werewolf. Within all the clichés that are harvested in this movie, the werewolves in the movie are shown increasingly strong with a hunger for humans that overpowers everything else. 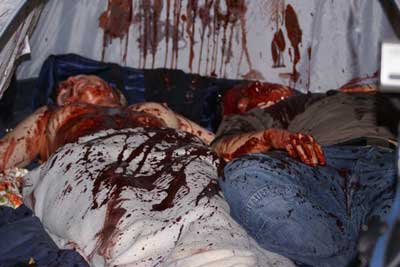 The film starts with a loud introduction of opera-themed music shouting “beast” every few minutes. A search party is running through a forest in Romania, scavenging for the monster that lives in the woods. A couple in a tent is being attacked by the beast creature, and the beast tears the humans to pieces. The beast of course is a werewolf, and screeches and growls while tearing innocents limb by limb. The werewolf has two bunny-like ears that have hairs standing out from them, and have computer generated faces. When the search party catches up to the werewolf, they too are decimated by the great power of the monster.

After this scene we are slowly brought into the main story, where there are many teams set up around the globe with the mission of killing the werewolves. Their webcasts are shot from New York all the way to Germany, where the rest of the movie takes place. Two middle aged gentleman, Boomer (Joe Davison) and Mike(Timo Rose), are talking about nonchalant things as in smoking and nonsense when they realize they are out of gas. 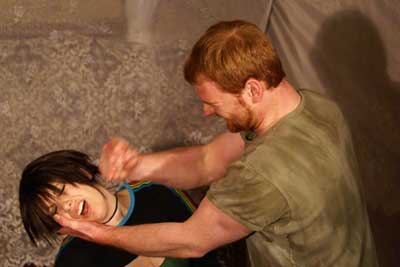 Amy (Raine Brown) is shown next in a candlelit bubble bath, speaking to one of her phone sex clients on the phone. When he prematurely gets off, she gets out of the tub and gets into clothes. Amy is dressed very dark, with black nail polish and accompanying black hair. She is surprised by the return of her brother Alex(Joe Zaso), who is huge in stature but acts quite and cold. Alex informs Amy that his girlfriend was brutally killed by a werewolf, and he is still affected by the massacre. Their prostitute mother Lydia (Eileen Daly), is a very cruel, despicable woman who bums off of Alex and Amy. 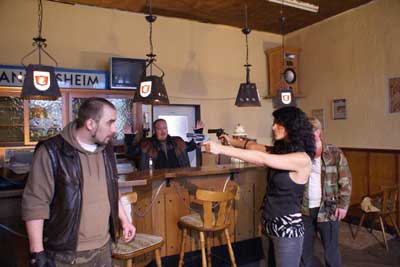 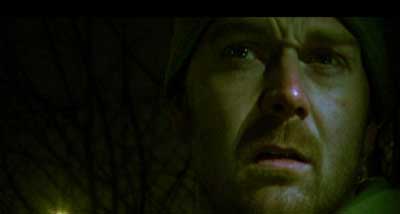 Upon their arrival, Boomer and Mike take Alex and Amy hostage while playing a little getting to know you game. On their journey, they run into the maniacal couple, which they take hostage also. When Alex becomes enraged by the way they treat his little sister, he instantly starts to become a werewolf which causes everyone to scramble. Amy goes to a German citizen’s house for help, but is dismayed when she finds out he too is a werewolf. They get into a dramatic fistfight before he turns into a werewolf, and a very bloody and unwilling to be defeated Amy fights until she shoots him and ties him up to tear his limbs off. When Mike and Boomer find out Amy is a fighter, they have her come along on their fight against the giant beasts. 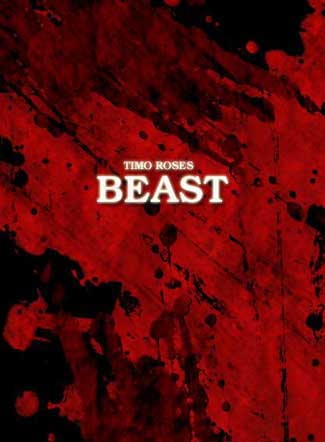 In appreciation of werewolf themed films, Tim Rose did a good job showing the inhumane strength that a werewolf can muster. There is plenty of violence and blood to drench this movie in action and suspense of regular people being hunted by giant monsters. Even though the music seemed cheesy with dramatic opera singers shouting “beast” promoting the movie, the new spin on the werewolf genre of movie is a definite fun viewing.