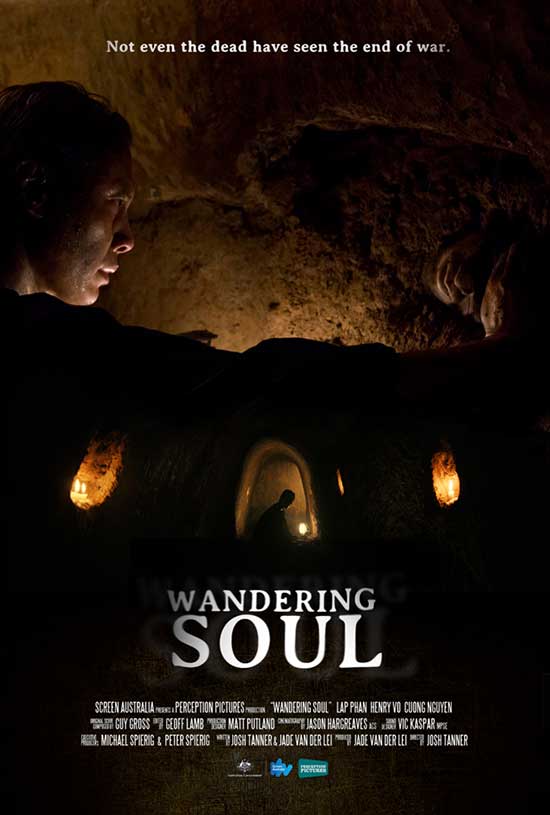 During the Vietnam War, a Viet Cong soldier stationed in the claustrophobic Cu Chi tunnels is haunted by the ghost of a fallen comrade.

This one is a bit heavy and maybe hard to watch for some, but I gotta say I really enjoyed it. 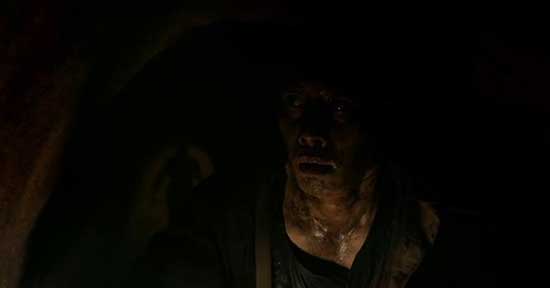 Set in 1966, the film opens on a Vietnamese soldier named Dao (Lap Phan), who is conducting a field burial for a fallen comrade in the tunnels of Cu Chi. I’m assuming he’s from the “wrong side” in the conflict, as another soldier named Quan (Henry Vo) rushes in to tell him the Americans are coming and its time to go.

Dao, however, is determined to complete the burial prayers, and refuses to leave until he has done so. Dao worries the ghost of his fallen comrade will haunt him if he does not pay him respect. After a short heated argument on the subject, Quan leaves him behind.

But it seems his fallen friend is impatient, and soon the ghosts come forward in anger that the ritual and prayers have not been completed. Dao is panicked, and tries desperately to escape the tunnels before the dead claim him.

This was such a strange dichotomy from the beginning, in that this is an Australian film in both English and Vietnamese (subtitles are provided for the most part). American soldiers, Vietnamese soldiers, and no Australians accents on screen.

That being said, however, this film is beautiful. The sound design, the lighting, the videography, everything is so on point to tell the story. The claustrophobia and fear of the Cu Chi tunnels is palpable. You can feel the terror as the characters run throught the dark, trying to get to safety. 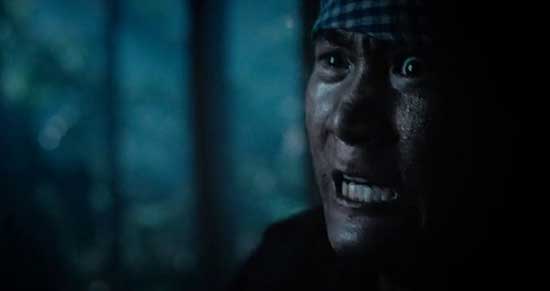 Without any spoilers, I can tell you that the film is based on something that actually happened during the Vietnam Conflict. I was partly surprised by that, and also not really surprised at all. My mother served during that time, and she came to know many of the “locals” quite well. I grew up learning a lot about the spiritual practices and superstitions of that country. Let’s just say I came into this film probably with a bit more background than some.

This film has a few awards to its credit, and rightly so. I really enjoyed it, you guys.