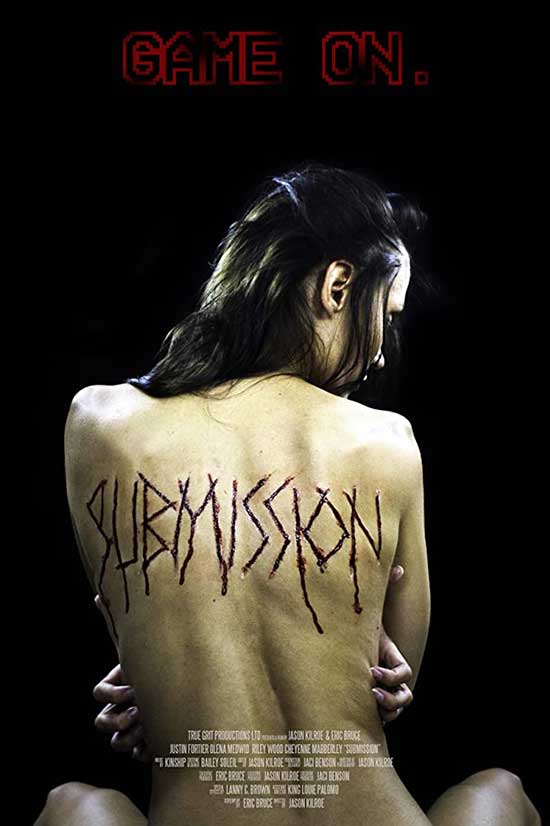 Shane has been cheating on his girlfriend with random women he meets online, when his most recent mistress kills herself in a motel bathroom during their rendezvous.

Now technically this isn’t ACTUALLY a short film, as it has a run time of one hour. But that being besides the point, let’s move on.

Shane (Justin Fortier) has a bit of a kink going on. He’s into domination and submission, and hires professionals to play his games. Le Tigre (Olena Medwid) is the latest player, and we see a lot more than we might like of the events that follow.

Now granted, there is no nudity or graphic sexual depiction. Just Shane’s POV as events unfold. So it’s a little awkward to sit through, but things take an unexpected turn very quickly.

Le Tigre presents a challenge to Shane, that he has ten minutes to get her to tell him her real name. She calls the front desk and orders a wake up call for ten minutes, and room service for twenty minutes. Clearly, this is how long Shane has to accomplish the task. Le Tigre then heads off to the bathroom, and when she doesn’t return Shane goes to see what’s taking so long. Turns out our girl committed suicide in the shower.

Shane calls his sister Tammy (Cheyenne Mabberly) and without telling her the whole story he asks her to look up this girl and figure out who she is, and why this might have happened. There seems to be a history between Shane and Tammy that isn’t good, but she agrees to help.

But this is only the beginning of Shane’s problems. Its about to get so much worse.

See, the hotel concierge (played by screenwriter Eric Bruce) calls to say that Shane’s girlfriend is on her way to the room. Yes, I said girlfriend. Shane is a cheating liar as well as a creep. So now he has to convince his girlfriend Erika (Riley Wood) that he rented this room as a surprise for her. Romantic nooner and all that. Erika buys the story, but there’s still the matter of a dead girl in the bathroom.

The story continues to unravel, layer by layer, complication by complication. Shane is deep dog food and it just keeps getting worse. He’s a narcissistic jerk so you don’t really feel sorry for him. The tension builds as Shane scrambles to handle each layer of the problem.

Not many movies make my spine compress with the sheer cringe-worthy stress of the story but this one did. I just kept squirming as more and more problems get piled on, and I gotta say it was delightful.

We have a good amount of gore in the film and I really like it. Realistic life castings, even if a bit out of perspective in one instance. Blood looks great. The special effects are credited to a Lanny C. Brown, and although he is not listed on IMDB, searching his name came up with a bunch of other movies that may or may not be the same man. Either way, he did a damn good job. 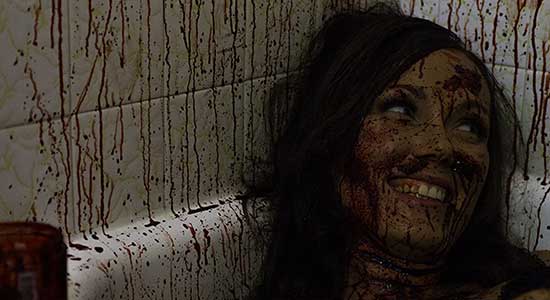 The sound and video quality are super well done. The score is appropiate and not overwhelming at any given time. The tension and panic of our hero is well played, and we are easily submersed inthe moment.

The film does keep changing perspective, from POV to outside view and I found it a bit disorienting. However, by the end of the film the reason that was done is explained. No spoilers, just trust me its a hella twist.

The film has subtitles, even though its in English and I don’t quite understand that part. They are obviously there for artistic reasons but I really don’t get it.

Overall, the acting is really good. I especially loved Mr Bruce as the stuffy hotel concierge. A stock character, perhaps, but still a stand-out all the same. All the actors do a great job in this film. Its definitely worth the watch.