Horrornews.net and TeePublic have put together a list of some of our favorite horror artwork from ANDYSOCIAL INDUSTRIES.

We’ve always been a sucker for outrageous artwork that honors those great scary monsters and maniacs we grew up watching.

A seemingly friendly farmer and his sister kidnap unsuspecting travelers and bury them alive, using them to create the “special meat” they are famous for.

9.  Creepshow 2 featuring The Hitchhiker “Thanks For The Ride Lady”

Three more bone-chilling tales that include a vengeful wooden Native American, a monstrous blob in a lake, and a hitchhiker who wants revenge and will not die. 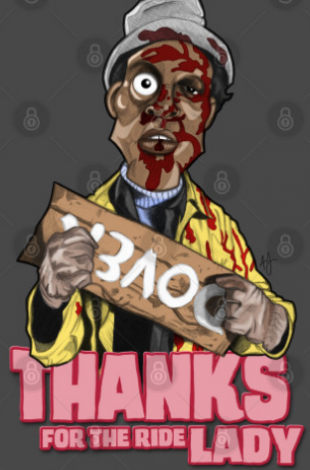 8.  Evil Dead 2 featuring Ashes Hand “Give Me Back My Hand”

The lone survivor of an onslaught of flesh-possessing spirits holes up in a cabin with a group of strangers while the demons continue their attack. 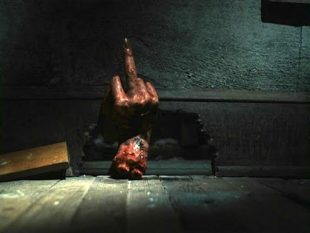 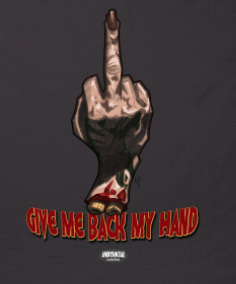 7. The Stuff featuring Chocolate Chip Charlie “The Man Is Not In Proper Operating Order”

A delicious, mysterious goo that oozes from the earth is marketed as the newest dessert sensation, but the tasty treat rots more than teeth when zombie-like snackers who only want to consume more of the strange substance at any cost begin infesting the world. 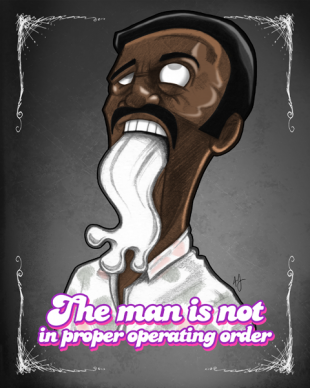 6. The Return of the Living Dead featuring Tarman “More Brains”

When two bumbling employees at a medical supply warehouse accidentally release a deadly gas into the air, the vapors cause the dead to rise again as zombies.

5.  Without Warning featuring Alien “No Change No Help No Escape” 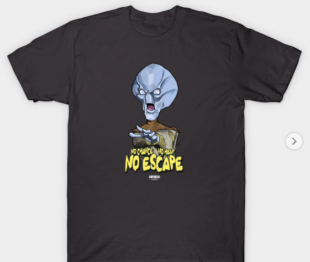 A group of camp counselors are stalked and murdered by an unknown assailant while trying to reopen a summer camp where, years before, it was the site of a child’s drowning and a grisly double murder.

3. Hellraiser featuring Pinhead “We Have Such Sights To Show You”

An unfaithful wife encounters the zombie of her dead lover; the demonic cenobites are pursuing him after he escaped their sadomasochistic underworld. 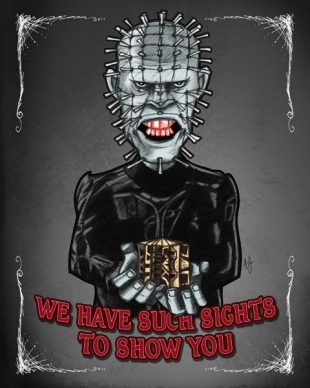 Two high school nerds use a computer program to literally create the perfect woman, but she turns their lives upside down.

1. Invasion of the Body Snatchers featuring Mathew Bennell “There Can’t Be A Conspiracy”

When seeds drift to earth from space, mysterious pods begin to grow and invade a small town, replicating the residents one body at a time. 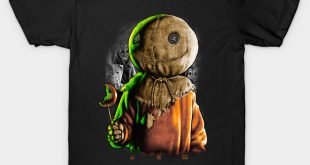 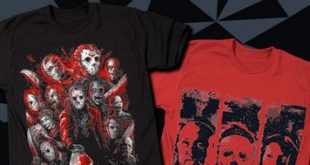