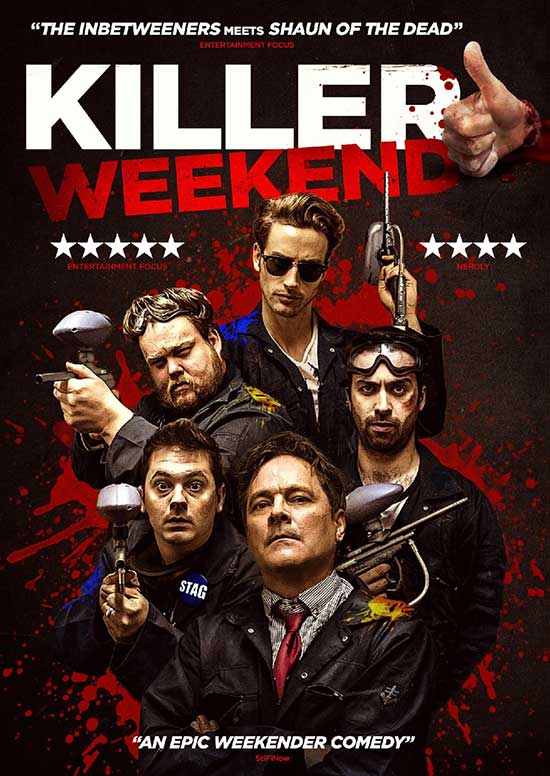 The Comedy Thriller About a Guys’ Getaway Gone Bad
Comes to Digital Platforms and DVD on February 18, 2020

A groom-to-be and his buddies go on a paintball battle that turns horribly, and hilariously, wrong in KILLER WEEKEND. The zombie horror comedy arrives on digital platforms and on DVD February 18, 2020.
When Sam (Sean Verey, The Hot Potato, EastEnders) discovers that his stag weekend not only is a mock zombie survival experience, but that his disapproving father-in-law-to-be has also been invited, he couldn’t be more annoyed. But when the bachelor party arrives to find the “zombies” are in fact a bunch of psychotic ex-soldiers, their fantasy weekend quickly starts to look like a nightmare.
After a series of unfortunate mishaps finds the group trapped in a disused nuclear bunker besieged by the bloodthirsty troops, Sam must ask himself: Is it all still just a game, or is it actually game over?
Co-starring in Ben Kent’s adrenaline-fueled debut feature are Mark Heap (Upstart Crow), Danny Kirrane (Don‘t Forget the Driver) and Ewen MacIntosh (Shed of the Dead).
Critic Anton Bitel, writing at SciFi Now, said, “Pitched somewhere between television’s The Inbetweeners and David Bruckner’s The Ritual, this is an epic weekender comedy of boys hoping to become men, and men hoping forever to stay boys.”Pip Ellwood-Hughes of Entertainment Focus said KILLER WEEKEND is “packed with laugh-out-loud moments, plenty of surprises and a stellar ensemble.” “Part Tucker and Dale Vs Evil, part Severance, KILLER WEEKEND is really entertaining and deserves to sit alongside the British horror comedies,”said Nerdly‘s Alain Elliott.
Share 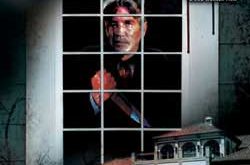