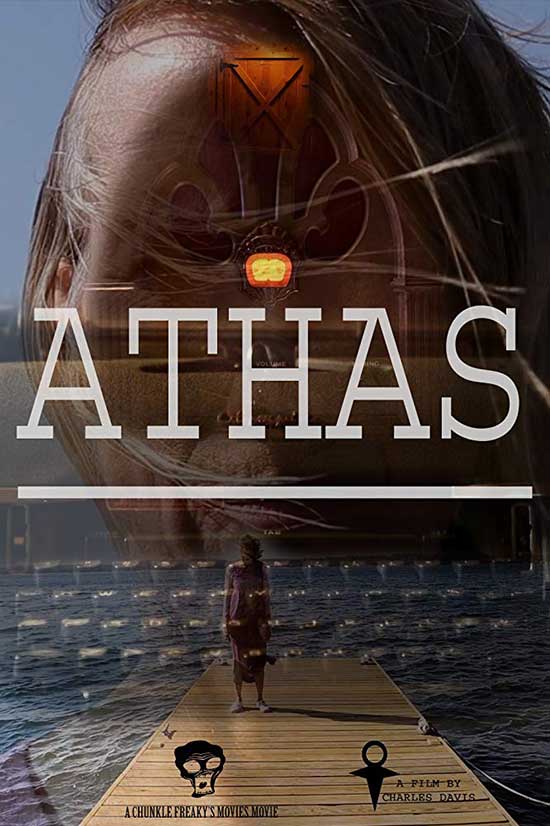 A writer finds himself trapped in a small inn overseen by a mysterious woman who is constantly encouraging him to finish his story.

Mr Davis plays a young man with aspirations to be a writer. What exactly he wants to write, even he isn’t sure. But he books a room at a quiet waterfront bed and breakfast to give it a try.

He arrives and is greeted by the particularly creepy landlady (Leslie Dame). She gives him a tour and leaves him to his own. Its important to note, however, that according to her his laptop won’t work here so she has provided a vintage typewriter and radio for him to use. Apparently he is not the first aspiring writer to come here.

And the stage is set for a bizarre weekend for our hero. I don’t want to give any spoilers, but a lot of really weird stuff starts to happen once he gets started writing. Not sure I understood a lot of it, but the weird factor is super high. 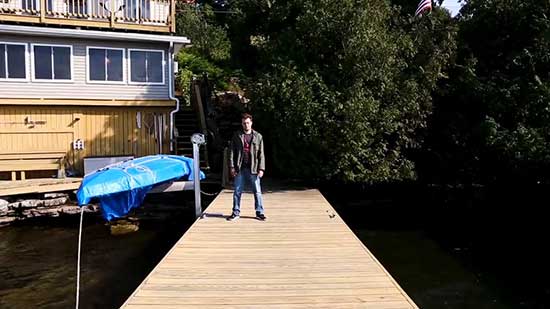 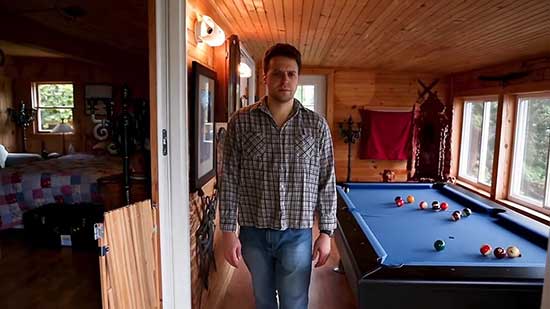 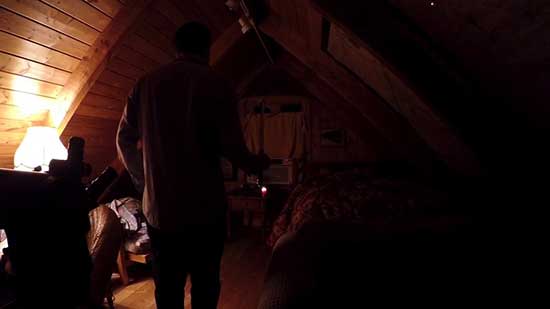 Honestly, the story feels a bit Stephen King-ish to me. It moves along slowly, ramping up the suspense, and its almost halfway through before things really get started. That’s ok, though. It draws you into whatever is going on, and you really start to think about what exactly is going on.

The cinematography, also credited to Mr Davis, is amazing. Some incredible time-lapse footage throughout the film that’s just beautiful. The film was shot at The Little Bear Lodge, a BnB located in Michigan, and the location is well used in this film. Its a rustic style cabin with lots of wood grain and dark corners, which would repesent a challenge for filming. But the lighting appears natural and well done.

Interesting trick with the sound I want to mention. Seems to be a lot of “in camera” stuff – wind, water – that would normally make a mess of the audio. The mix is well balanced between the dialogue and the natural sounds, to the point where these natural sounds are almost a character in the story.

There are some special effects in the film, and they aren’t what I would describe as “top end”. However, there are a few moments in the film where I think the low-fi aesthetic is intentional and is part of the overall story.

On the whole, I liked this film. I will say that it requires some patience to watch, as the story does start off very slowly. But once it gets going, you’re in for the ride. 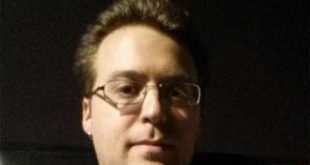