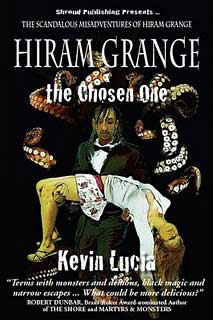 Several reviews of Hiram Grange and the Village of the Damned mentioned how tough it is to start a series, but I disagree. The person who starts it gets to set all the rules, they’re the one who sets the stage for everyone else that follows. With no expectations, they have free reign with the material, characters and their approach to dealing with them. Even the person writing the second one has a fair amount of wiggle room, since no type of pattern has been established. The worst they can do is fail to get people’s attention. Writing after that is when it gets tough. People have expectations and, if you do not meet them, there will be some highly pissed off people. Us fanboys can be brutal little bastards.

So here comes Kevin Lucia, someone whose short fiction I have quite enjoyed, stepping up to the world of Hiram Grange, a series I have unequivocally adored so far. The result is a book that would stand quite well on its own, but doesn’t quite feel like Hiram to me.

We all know that the cuddly little jackhole, Hiram, makes his own way. He blazes it with his own sweat, blood and the expended cartridges of his trusty Webley (except the one, of course). But now, a swarm of squirming, tentacled nasties are bursting their way out of people, bend on devouring a poor young lady of unfortunate heritage. And here comes Mab, queen of Faerie, telling him that he has to help them destroy her, to avoid the fate she will bring upon the world. Do you honestly think he’s going to agree with that haughty bitch?

On its own, this would make for a great story. Lucia has proven himself time and time again to be a master of the morality tale and here is an opportunity to twist a seemingly simple decision on its ass. One life for that of the world should be no question at all, but he doesn’t make it that easy. Especially to someone who has already sacrificed more innocent lives than he can handle. Hiram’s desperation, his need to find some semblance of hope in a crumbling world, practically sings off of the page. The pacing is marvelous, the story lean and one of the big bads is Yog Sothoth, the gate and the way himself. I was reading this at work and got quite miffed at people who had the nerve to call and disturb me. This is a heck of a tale.

But, to me, it isn’t a Hiram Grange tale.

Jake Burrows and Scott Christian Carr established a singular tone to HG: a sense of balls-out absurdity and insanity stared down with dead seriousness and personal dissolution. In my opinion, that is where the heart of this series lies and this book missed the mark. As good as it is, the story here is fairly straight forward and lacks the sense that damn near anything could occur that is carried so well through those earlier excursions. We know right from the start which decision Hiram will make because it is the decision he should make. Worse, Hiram has, for some unknown reason, switched from sullen and withdrawn to an incredibly chatty soapbox philosopher.

If you can put aside the other HG tales, Hiram Grange and The Chosen One is a good read, one of the Loooooosh’s better works. But I can’t help looking at it as a chapter in a larger narrative and the change in tone makes it hard for this drooling fanboy to accept. 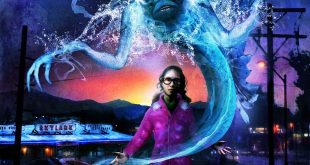