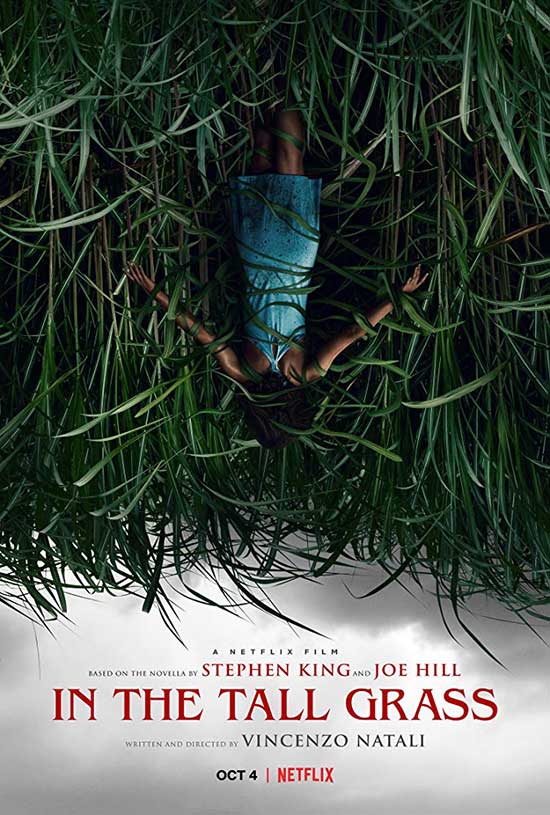 After hearing a young boy’s cry for help, a sister and brother venture into a vast field of tall grass in Kansas but soon discover there may be no way out…and that something evil lurks within.

Stephen King is everywhere these days. Every day I read about a new adaptation of one of his books, be it a tv show, a new movie or a remake. Just this year alone we have It Chapter Two which is currently dominating the box office. A new season of the Hulu hit Castle Rock and the highly anticipated sequel to The Shining, Doctor Sleep. There is also another one hitting Netflix next month, which I had the pleasure of seeing at Fantastic Fest.

In The Tall Grass based on the novella by Stephen King and Joe Hill. Directed by Vincenzo Natali, director of Cube and Splice. The film follows a brother and sister Cal and Becky Demuth, played by Avery Whitted and Laysla De Oliveira. Becky is pregnant and they are driving to San Diego to meet with a couple interested in adopting her baby. While pulled over near a church they hear cries of help from a young boy named Tobin, played by Will Buie Jr, trapped in a field of tall grass. Eager to help they venture into the tall grass to help Tobin and become lost in the grass. They soon discover nothing is as it seems in the tall grass, and an evil presence has them trapped in a maze of which there may be no escape.

Firstly this movie does an effective job of building a sense of claustrophobia and anxiety of the tall grass. In the first half of the film, you can feel the fear and hopelessness as the characters run frantically in circles, desperately trying to find any way out of this nightmare. There is also a great sense of uncomfortableness with the elements in the grass. The characters are walking through an endless maze of grass, mud, and insects. The direction is very strong, director Vincenzo Natali effectively illustrates that time and the laws of physics mean nothing once you are lost in the grass. In one effective scene, Becky and Cal Jump up to try to find each other. Once they do they are relieved to see that they are close to each other, however upon doing it again they are now miles apart from each other. They are isolated and alone in a maze of which there is no escape. 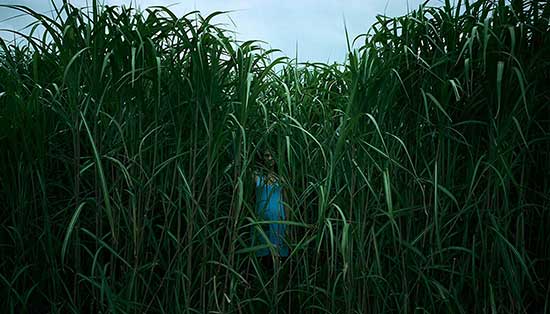 The remaining cast all give strong performances as others that are lost in the maze. We have Tobin’s parents Natalie and Ross Humboldt, played by Rachel Wilson and Patrick Wilson. Rachel Wilson gives a great performance as a loving mother desperately trying to save her son. Patrick Wilson, a horror veteran who most viewers will recognize from The Conjuring films gives a stellar over the top performance. There are moments where he is ridiculous and funny, and two seconds later he’s downright terrifying. Lastly, we have Travis played by Harrison Gilbertson. Travis is Becky’s ex-boyfriend and father of her child. For me he was the standout of the movie, giving a versatile performance as a man who knows he made a mistake, abandoning the mother of his child and goes above and beyond in an attempt to save them.

Overall the cast was very strong and kept me invested in the film. However, the film itself started to unwind towards the final act. In The Tall Grass has a very interesting premise and idea, but just like the source material, the execution didn’t quite live up to the hype. 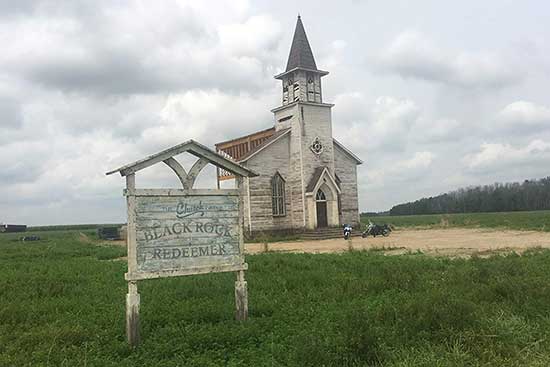 The pacing dropped in the second of the film. The first half of the film has a great sense of claustrophobia and dread as the characters become lost. In the second half after a while, it just feels like everyone is running around in circles again and again, and it makes you want to check the time to see how long it has been going on. Time plays a big part in the story as time seems to have no meaning in the grass. The problem is eventually it gets exhausting with how many different timelines the film goes into and by that point, it’s not interesting it’s just frustrating. The film felt like it could have cut 15 minutes from the film and been more effective.

In conclusion, I enjoyed the cast and most of the first half of the film, but I feel like the second half got a little too convoluted and needed to be tighter and keep that feeling of claustrophobia from the first half. I’ll give it 2 and a half stars and I do suggest you watch it for yourself and see what you think. In The Tall Grass will be released on Netflix on October 4th, 2019.