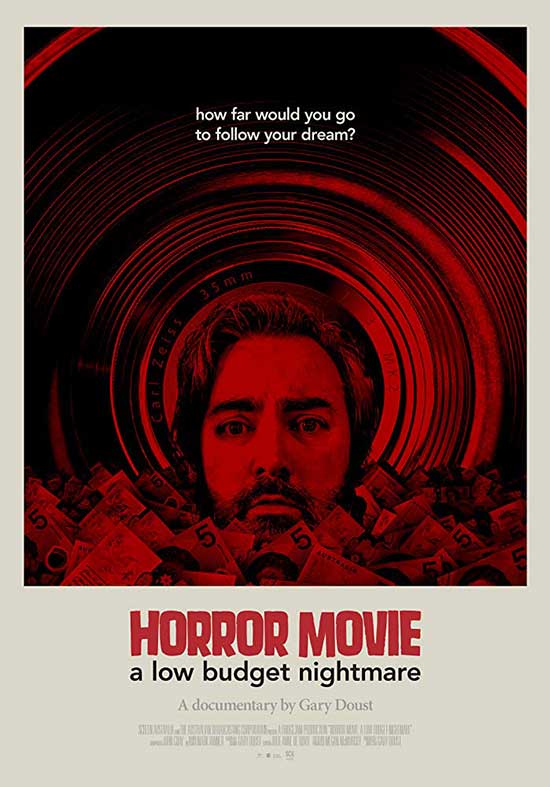 This documentary details all the challenges and frustrations writer/director/actor Craig Anderson went through while making his film Red Christmas.

I like documentaries occasionally, if the subject matter appeals to me. I’d heard about Horror Movie: A Low Budget Nightmare and thought that it sounded interesting, especially after hearing about all the acclaim it has gotten. I went into it expecting it to be something special but after only a few minutes into it I realized that this wasn’t going to be the case and when the end credits started to roll I was more than a little confused as to how this film has gotten so much love as it honestly isn’t anything amazing. Don’t get me wrong, it isn’t terrible, and it is quite interesting in in its own way, but at the same time I just wasn’t blown away by it and still don’t see what the big deal is all about.

I thought that Red Christmas was just OK for the most part as it wasn’t horrible but wasn’t great at the same time and was just one of those movies you watch once and then forget all about a week or so later. In a lot of ways that is the best way to describe this documentary as well. Since I have tried my hand at filmmaking I could totally relate to what Anderson went through while trying to make his dream of making a film a reality (I could really relate to what he was saying during the opening segment for sure), but at the same time (and maybe this is just me) I sort of felt like he came off as a little arrogant as the film went on and was obviously more than a little incompetent and unprepared to actually shoot a movie. To me it almost felt like he thought that doing so was going to be a piece of cake and didn’t realize until filming started how difficult it was going to be (which seems a little odd to me since he is an actor that had appeared in several films and TV shows before he attempted to make Red Christmas). I mean, for Pete’s sake, the guy seemed more than a little clueless in the footage we see when he is filming Red Christmas, and the fact that he forgot to fill out the correct paperwork in order for Dee Wallace to appear in it and almost lost her as a result just shows how unprepared and unprofessional he was if you ask me since she was the major selling point of the movie in general. 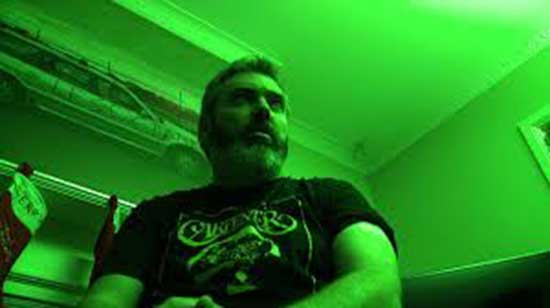 It looks like the entire process of filming Red Christmas was a living, breathing nightmare due to Anderson’s lack of filmmaking knowledge and general lack of preparedness. Everyone on set appears to be totally miserable and frustrated (especially Dee Wallace), and to be honest it is a miracle Red Christmas ever saw the light of day as a result as it is obvious most of the people involved just wanted to be somewhere else. At one point one of the actors in the film gets hurt while shooting a scene, and Wallace clearly shows her disgust and distain when she talks about how this wouldn’t have happened had they rehearsed the scene beforehand. The entire filming process comes off as being a huge mess (thanks primarily to Anderson’s inexperience) and having been on similar sets I felt the cast and crew’s pain and could relate to what they were going through. As the movie progressed I could relate less and less to Anderson as it appears as though he half-assed about 99.9% of the making of Red Christmas and it makes what he says at the beginning of the documentary feel less than genuine and pretty much pointless due to how little effort he puts into things. He tries to act as if this is the first time he has ever directed ANYTHING, but in reality he had actually directed several other things before this and I can’t help but think that his inexperience we see here is all just an act to get sympathy. I may be wrong though, but that is just the feeling I got while watching him pretend like he had no idea what he was doing. 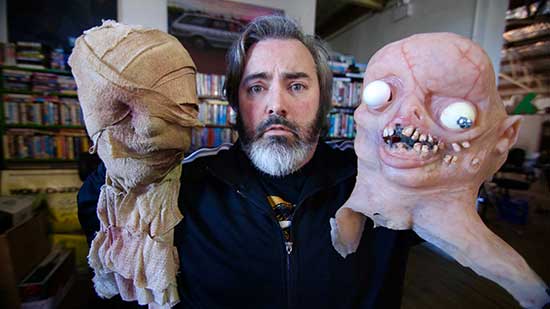 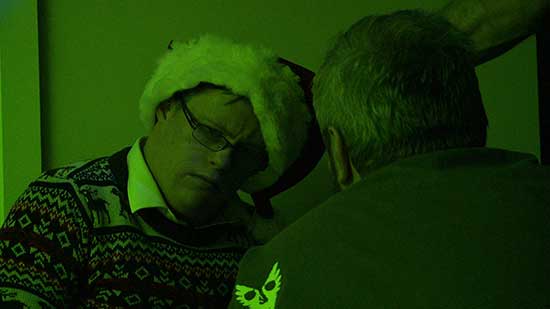 On the plus side, there are some good things about the film. As I said earlier, you can really feel the pain of the cast and crew as they suffer through the making of Red Christmas under Anderson’s direction and I especially felt bad for Dee Wallace. I have a feeling that she got on set and immediately thought to herself What the Hell have I gotten myself into and why did I agree to do this? as it is apparent that she didn’t have a great time making the film. I also felt sorry for Anderson’s brother who loaned him quite a bit of money to make the film only for Anderson to only make about half of it back after everything was said and done (and honestly, I was very surprised that he even made that much and sort of question it as I know several independent filmmakers who have never made this much money for a single film). Dee Wallace is pretty much the highlight of the documentary as you can just tell she doesn’t particularly care for Red Christmas and some of her comments about the process of making the film are great. She doesn’t outwardly bash the movie or anything, but you can just tell that filming it wasn’t a pleasant experience for her and that she most likely regrets being a part of it in general. 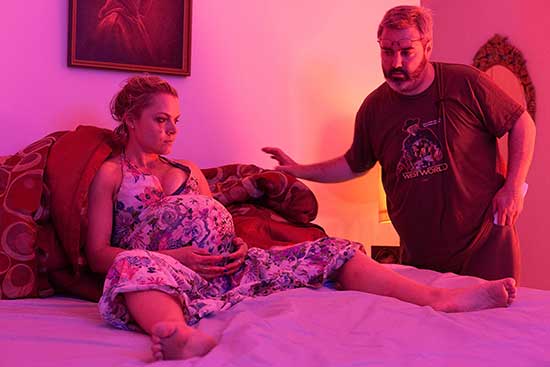 Overall, I just wasn’t really feeling Horror Movie: A Low Budget Nightmare for several reasons. I think that a lot of it was highly exaggerated to get a response from viewers and instead of Anderson gaining my sympathy quite the opposite occurred as a result. I’ve known filmmakers personally who truly went thorough Hell to make a movie, but they put a great deal of effort and heart into doing so, something I personally just don’t quite feel that Anderson did while making Red Christmas and to be honest I think this entire documentary was put together just for the sake of Anderson making a few extra bucks. I thought that the entire thing lacked heart and to me it is hard to get behind something that lacks that. Check it out if it sounds like something you would be interested in, but personally I think you are better off skipping it.