Daily Crossword is a very short film that does not impress. The film shows a man doing a rather macabre crossword puzzle.  Watching close you can see the word corpse and others that are rather unusual in the puzzle as the man pens in more answers. While the man does his daily crossword the radio plays in the background.

The radio host is looking for a missing girl in a special report. Muffled whimpers can be heard from and unseen room the man get up and walks off screen with a hammer. Noises are heard that would seem to be someone being bludgeoned with the hammer. 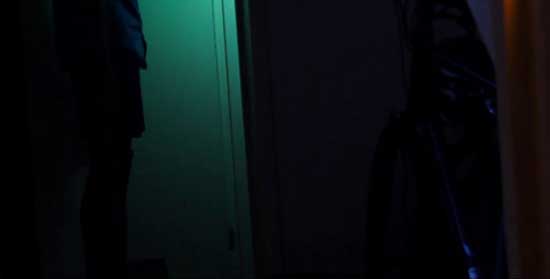 The man comes back on screen the whimpers and muffled screams have stopped, he lays the hammer down and goes back to his crossword as if nothing happened. Daily Crossword is really hard for me to find anything positive to write about. Its not very inventive way to short to develop any type of original basis and just seems like half ass ideas and quickly put together. I love horror and usually will give anything a chance and try my best to find something positive to point out. In the case of this short film I couldn’t find a single thing to squeeze in here positive.

Its a waste of time but at least it was a quick waste of time. The film also contained no credits. This isn’t something I can recommend in any sense for anyone my hopes is that its just a rough draft of a much bigger idea.