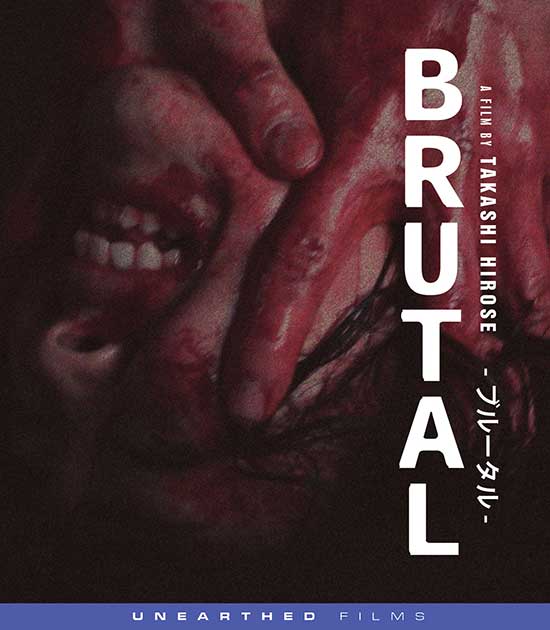 A savage murderer is on the prowl in Japan. One by one, his victims fall but what is he searching for? The same thing a murderess is looking for. We are all looking for that special love of our lives and sometimes, we’re willing to kill everyone to find that special someone. This is the tale of two people finding each other in the most vicious way possible.

Right out of the gate, writer/director Takashi Hirose has taken a lot on his shoulders with his feature film debut, sending it out into the world with a lot to prove. He called his film Brutal, which leaves viewers no choice but to have high expectations. If Koji Shiraishi’s Grotesque wasn’t disgusting and disturbing, he would have gotten (more) hate mail; thankfully, it was pretty nasty. In Shawn Burkett’s Don’t F*ck in the Woods, there damn sure better be plenty of f*cking going on in those woods (p.s. there’s plenty, enough to create a sequel). So, the question that remains: Does Hirose’s film live up to its title? 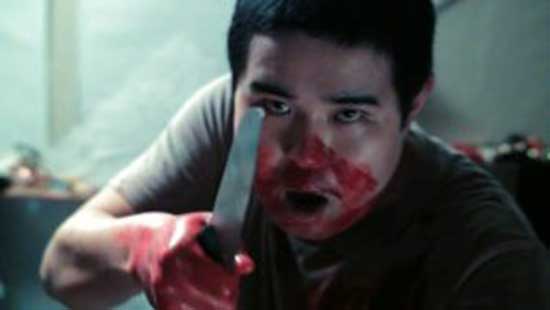 Brutal opens appropriately, with a man (credited as “Man,” played by Butch; see Karate Kill, Moratorium) beating the living hell out of a room full of young women he has somehow lured in. Punches are thrown, vomit is spilled, and heads are pounded into the floor. All the while, the man asks the women if they understand why he is doing this to them. There is a strong psychosexual aspect here (and, indeed, throughout the entire film); after two of her friends have been pummeled in front of her, a woman offers the man sex, tries to entice him with compliments about his physical prowess, in hopes of surviving the ordeal. Instead, she suffers the worst punishment – she’s stabbed repeatedly between the legs, then up through her chin with a screwdriver. The nameless women are chopped up in a scene worthy of Sono’s Cold Fish, and parts of them are even cooked. This brutality continues on when the man brings in his next victims.

Chapter two introduces us to a woman known only as “Woman” (played by single-named actress Ayano; see also Perfect Education: Maid, For You and Taifu ikka, among others) who appears to be just as violent and bloodthirsty as her counterpart. This section opens with a montage cluster of kills, each concluding in vicious genital destruction. While “Man’s” victims seem to all be women, “Woman’s” victims are all men. The main difference in this section is that, while we don’t know many details about how the man met his victims, we can see that the woman’s tend to be guys who come on strong, “flirting” in a pushy and/or arrogant kind of way. We don’t know much about her (much like the man in chapter one), but we do get a peek into her psyche through a couple lines of dialogue. While looking in the mirror, she says to herself, “It’s okay, isn’t it?”, which also reappears later in the film. Later, just before finishing off another victim, she blurts out, “Everyone’s the same,” a line that might have been mistaken as a throwaway if not for what we’ve noticed about her victims. And speaking of the sexual element, it’s no coincidence that she smokes a cigarette after each and every kill.

If Brutal hadn’t already lived up to its title through the first two parts, chapter three brings the payoff. In this third and final act, “Man” and “Woman” meet. To say much more would be treading into spoiler territory, and this is quite the shocker of an ending. Everything comes together here, with an ultimate culmination of bloodshed and, as the title promises, plenty of brutality. At first glance, this hardly seems like a compliment – we would expect a film to have a conclusion, wouldn’t we? But so many gore films aren’t able to pull it all together, and instead end up looking more like highlight reels for the effects team than a complete story. For having previously only put together a few short films (Bandaged, Moratorium, and Return of the Golden Lily), which require a very different approach compared to feature-length films, Japanese filmmaker Hirose does a remarkable job to not only create a movie that will linger in the viewer’s mind for a long time, but also to tell a story that has a lot of depth and a very uncomfortable resolution.

Brutal is a savage, vicious, ferocious, ruthless, wicked, (fill in your favorite synonym for “brutal”) film by an up and coming director who will be making quite the splash in the underground world of horror cinema. It’s not surprising that Unearthed Films found Takashi Hirose and added this movie to its long line of disturbing films; it fits right in. With an intentionally grainy, grindhouse look, a fantastic soundtrack (fight sequences set to classical piano accompanied by a steady double-bass drum beat are one of my new favorites), and a somewhat unexpected number of layers to it, Brutal makes a loud name for itself and its cast and crew. Highly recommended for anyone who loves gore, brutality, and Freudian psychology, and especially anyone who wished Fincher’s Fight Club would have focused more on Angel Face’s face being pummeled into the ground. 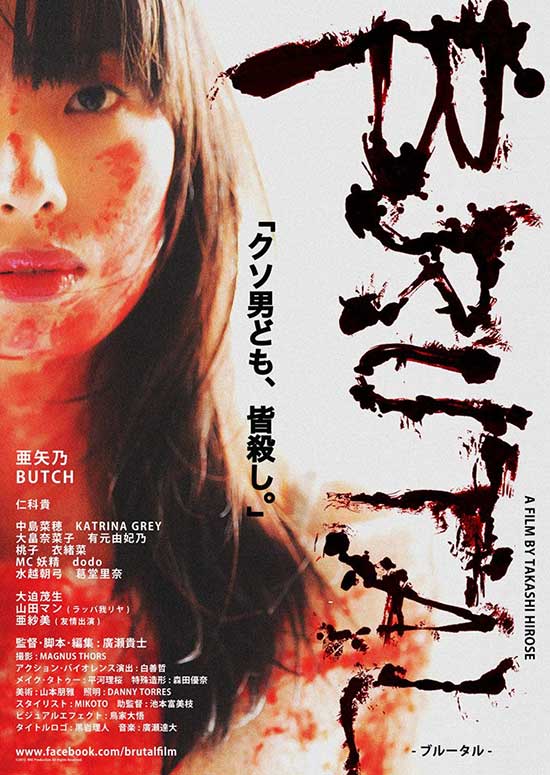