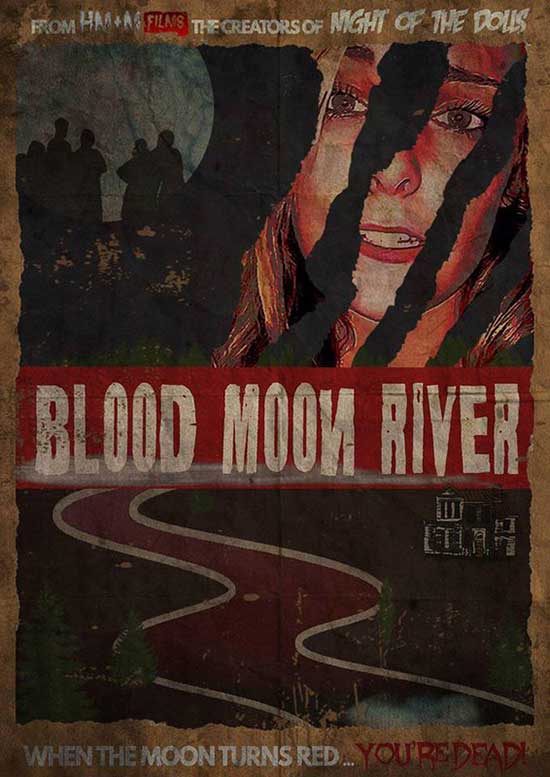 A group of friends try to debunk a local legend, but have they bitten off more than they can chew?
When Eddie and his friends decide to take their cameras into the woods to debunk the legend of Blood Moon River, they soon realize that they may have bitten off more than they can chew. After searching for two friends that failed to meet them at the campground, their situation goes from bad to worse. A confrontation with a family of psychotic rednecks the next day convinces everyone that it might be a good idea to leave. But after getting a glimpse of something stalking them in the woods…Eddie and his friends realize that the legend of Blood Moon River may be all too real.

A group of friends, who also happen to run a show dedicated to urban legends and myths called D’Bunkt, grab their cameras and tents and head out to the middle of the woods, a place known by locals as Blood Moon River, which works out nicely since that’s the title of this film. They hope to learn more about a series of mysterious disappearances, and hopefully fit in some drinking and some sex on the side. Sure sounds like the makings of a horror movie to me. It sounded good to the three-man tag team of Daniel Murphy (…And Then You Die!, House of Whores 1 & 2), Tom Komisar (writer of Night of the Dolls and the upcoming Kill Dolly Kill), and R.J. Cecott (primarily an actor, this is his first feature directing work) as well, and so they gathered together some pretty girls, some wild dudes, a bunch of blood and ideas for creative kills, and a couple wild, unexpected twists and made a pretty inventive found footage creature feature. 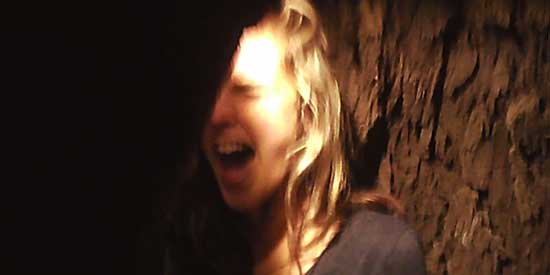 The number of characters we meet within the first ten minutes is pretty surprising, seeing as how the movie itself only lasts a total of about 65 minutes. The host of D’Bunkt is Finch (Eric Reaume), and he’s brought with him Eddie (director Cecott), Derek (Stan Traylor), Janelle (Naphatia St. Pierre; Ezekiel’s Landing), Sasha (Sydney Dean), and last but certainly not least, Trena (Cara McConnell) to help out. They’re also supposed to meet up with Crystal (Linda Schrader, aka Nikki Strange) and Angie (Sara Ingram), who headed out to the woods a day earlier. When there’s no sign of them, they write it off as the two girls being fickle and changing plans last minute…but we know from the opening scene this is hardly the case.

One of the most fun parts of this film is the tension and intrigue that builds as we follow the young folks through the woods. They’re investigating multiple disappearances, and it’s obvious by the title of their show – D’Bunkt – that they are looking to prove it’s all nonsense. But what is the real evil out there? Is it a werewolf, as there seem to have been hints towards? Is it the family of crazy hill people that come across them while they’re skinny dipping (yes, there’s a skinny dipping scene)? Is it the woods themselves? Or is it something/someone far more sinister? It’s here that the filmmakers really succeed in winning over their audience, with some well written twists by co-writers Murphy and Komisar that make Blood Moon River really stand out amongst the “kids facing dangers in the woods”-style horror films. 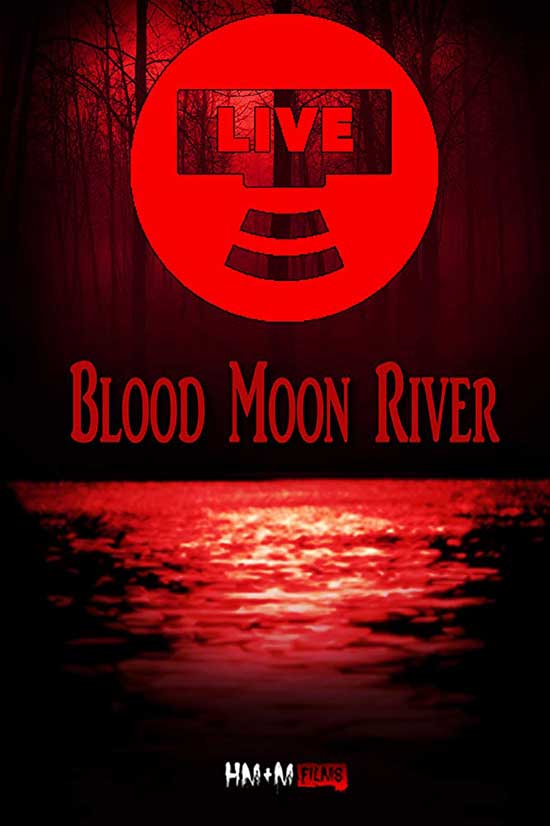 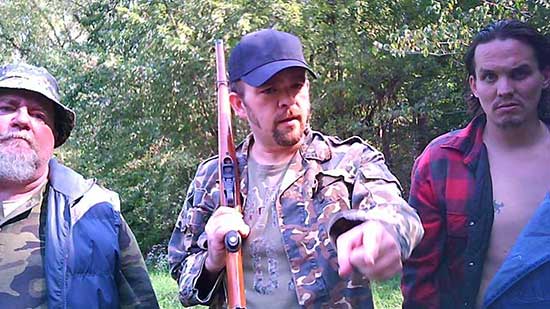 The HM&M Films crew took an interesting approach when it came to filming their found footage movie. There’s a diversified feeling in the shots, and part of this is because they opted for a variety of cameras. Not only do we have handheld video cameras being used, but also drones (see also Simon Barrett and Adam Wingard’s Blair Witch for this nice change of pace) and in-glasses cameras (see also the “Amateur Night” segment of V/H/S).

One of the worst parts of some found footage films is when the audience is left asking “Why are they still filming?” but the drones and glasses help give us a different perspective on the action. A keen eye will also notice the cinematography credits read like a cast list. This is because the actors actually are filming large portions of the movie. When we see someone on screen holding a camera, they are also filming the movie at that moment. All of this helps Blood Moon River keep a fresh edge, while so many other more straight forward found footage movies have begun to feel stale in their approach. 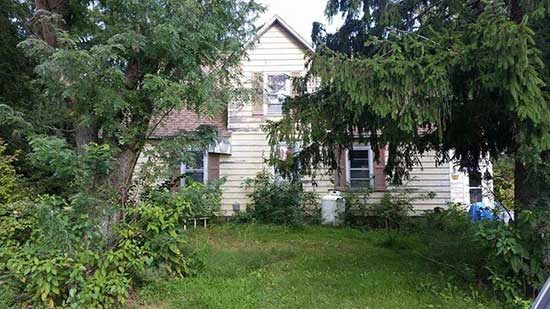 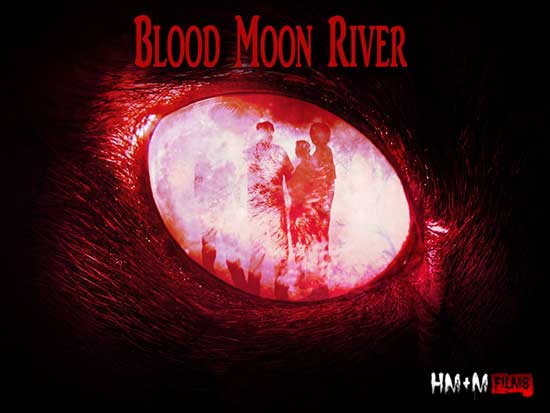 One of the weak points of many found footage-style films is the dialogue; it is often ad-libbed to keep the moment alive, which makes it feel rough at times. And yes, Blood Moon River does suffer from this now and again. But overall this is a very well put together movie. It keeps the audience’s attention with a good blend of action and mystery, while still dabbling in the bloody effects and T&A that keeps slasher fans coming back for more. Much like …And Then You Die!, this film has also been picked up for distribution by Wild Eye Releasing, so expect to be hearing more about it soon. And I just can’t say enough about how pleasantly surprised I was by the twists and turns of this story. Highly recommended for slasher fans, creature feature fans, and especially found footage fans who are dying for something new – this is it.