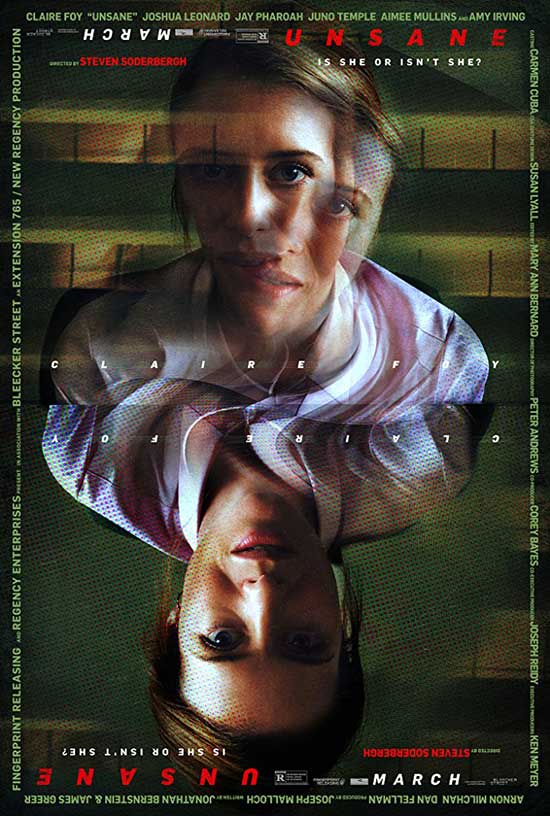 A young woman is involuntarily committed to a mental institution, where she is confronted by her greatest fear–but is it real or a product of her delusion?

I enjoy movies that leave me thinking about the film afterwards. Maybe it is a character’s emotional arc that resonates with me. Or a moral dilemma that either intrigues or haunts me. Maybe I’ll replay scenes in my head to figure out just how the director of photography nailed the scene so perfectly as if it tattoos the image onto your brain.

Sometimes, as bad as it may sound, I’ll wander around for days trying to figure out just what in Hell I watched. I watched the David Bowie flick “The Man Who Fell to Earth” when I was about 16, and it took nearly two weeks before my head could sort out that movie. When it finally fell into place, I realized that I loved the movie and that it had actually forced me to think instead of just spooning the crap in like soft-serve ice cream. 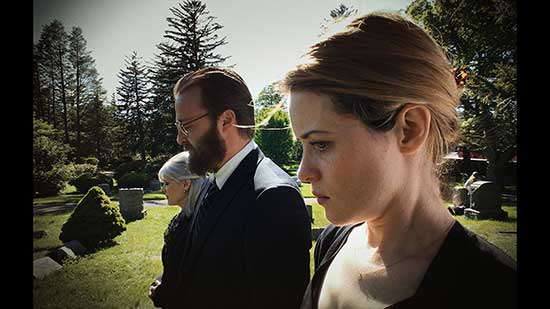 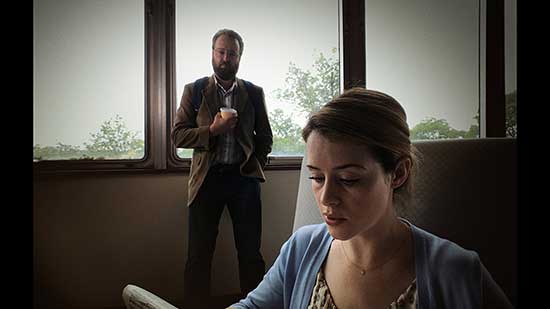 Steven Soderbergh’s “Unsane” is gonna give me a few headaches, but I think the pain will be worth the gain. Let me explain, please.

Our main character is a young woman named Sawyer. She is an up-and-coming employee at her new job, but before we are ten minutes into the film, she makes it clear that she isn’t the sunny new girl in town. She also does not have time for her boss’s inappropriate sexual advances. In fact, Sawyer seems about as high-strung as you can get without shaking people like a British au pair does an infant (old reference, just Google it, folks).

Turns out that Sawyer made her recent, long-distance move to escape a stalker back in Boston. Unfortunately, she seems to keep seeing him when she knows she can’t be. Fearing the stress will get out of hand, Sawyer goes to an intake center to get assigned a therapist to help her work out her fears and imagined threats.

What starts out as a simple request for therapy soon becomes a voluntary 24-hour stay, which is not what Sawyer intended. Her confusion and frustration hit a peak when a staff member confronts her at the door to her ward. The man looks exactly like her stalker, and she hits him. Due to her violent outburst, the facility requires her to be confined to the care of the clinic for 7 days.

If that isn’t enough to ruin her week, it turns out that the male nurse she hit really does look exactly like her stalker, so much so that she is convinced it is him. But is she just losing her grip on reality? And why are strange things continuing to happen as she attempts to ride out her week? 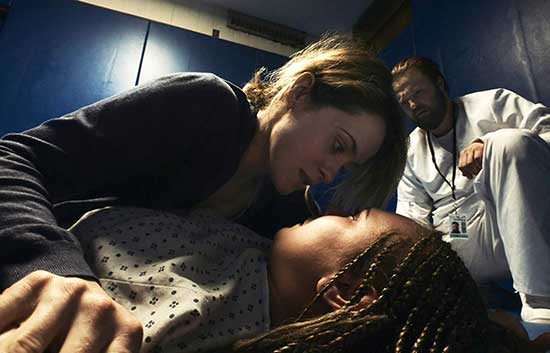 Sounds like a fairly average setup for a movie. In fact, it is so trite as to sound like it would have been featured on Lifetime back in the 90s. I hope you have a stomach for clichés and over-used tropes because you get a lot of them. To be honest, when Sawyer was reacting in disbelief as she is basically taken captive by the staff, I was quoting most of the dialogue before the character did because so much of this has been done before.

Here is the catch: The film hands you so much of this tired material as a form of shorthand. Kind of like the scriptwriters are saying, “You know the steps we have to take to get here we need to be, so let’s just skate through this basic stuff.” It almost gives you the feeling that they almost find following a plot to be a hassle, but convention requires them to insert one. But once you get through the basics, the rest of the film is a very effective game of cat-and-mouse filtered through the main character’s mental trauma.

The last hour of the film takes you through scenes of emotional trauma and abuse, well-staged action, creepy set pieces, and even offers up some very dark humor. Mixed in with those shifts in tone are rather obvious jabs at institutionalized healthcare, sexual harassment, and the long-term effects of mental illness. While the film morphs from one type to another, you are aware of the changes, but the characters keep the narrative grounded as you come to focus on them more than the appropriately disjointed events. 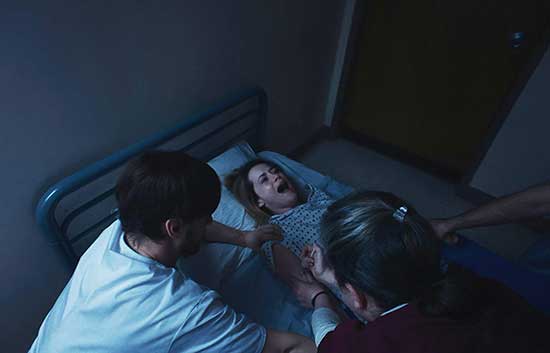 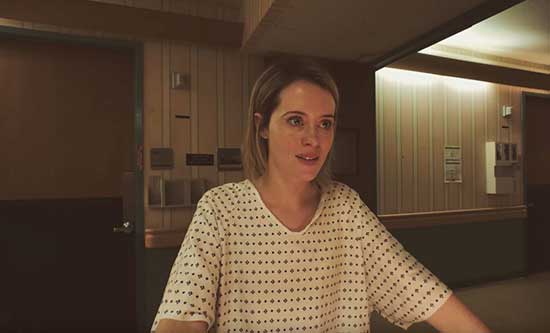 Just about everyone gives decent performances, and no one embarrasses themselves. Two people deserve note. Claire Foy as Sawyer gives a great spin to what could have been a cardboard character. She captures the emotional disconnect people with depression and trauma issue sometimes experience. This makes for more distressing emotional outbursts when her deadened feelings erupt to life.

The other outstanding performance is turned in by Juno Temple, who is almost unrecognizable in the role of Violet. Her character is a frumpy, violent girl who probably belongs on stage with Doctor Phil or Maury Povich. Compare her in this with her role in “Horns”. Trust me, you will be amazed.

Maybe Soderbergh just wanted to shoot a very long commercial for the iPhone since that was the camera used to make this film. It is an interesting choice. As far as the film goes, shooting on that device in 4K causes the film to take on a slightly unreal, or maybe hyper-real, quality that almost simulates being on certain mental health medications. If nothing else, using the iPhone as the primary camera shows that films don’t require millions to be thrown at a production. The reported budget for this film? 1.5 million dollars. Most of that had to go to the actors. With a budget like that, even if the film flops, it should make back its money. It has, actually. It has pulled in nearly 4 million since its release. 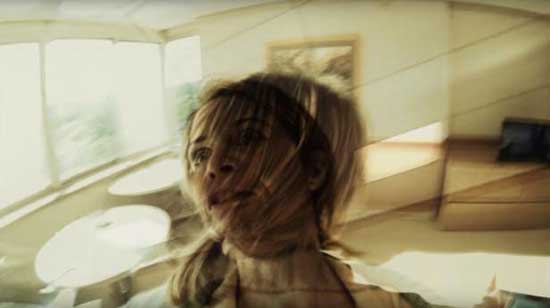 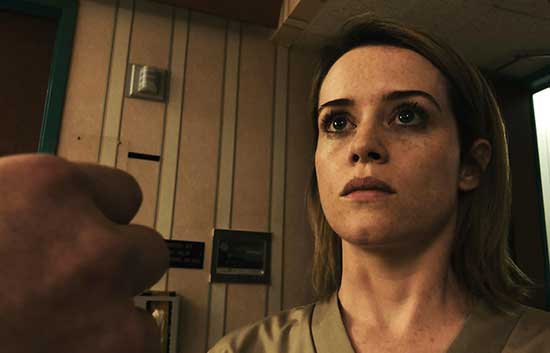 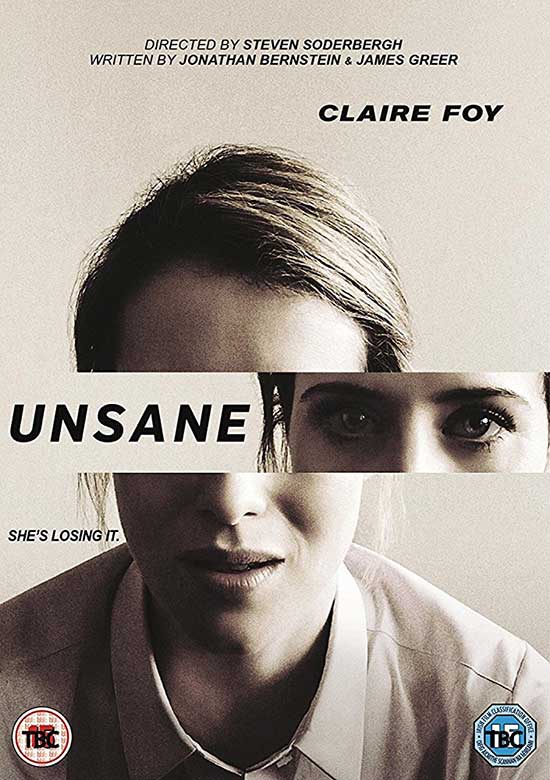 Expect more of this kind of filmmaking, for better or worse.

Other one rather jarring plot hole that I’m still trying to rationalize (and can’t really mention without ruining the film), “Unsane” is a decent way to spend an evening. It isn’t earth-shaking, but it hits enough right notes to keep you watching.