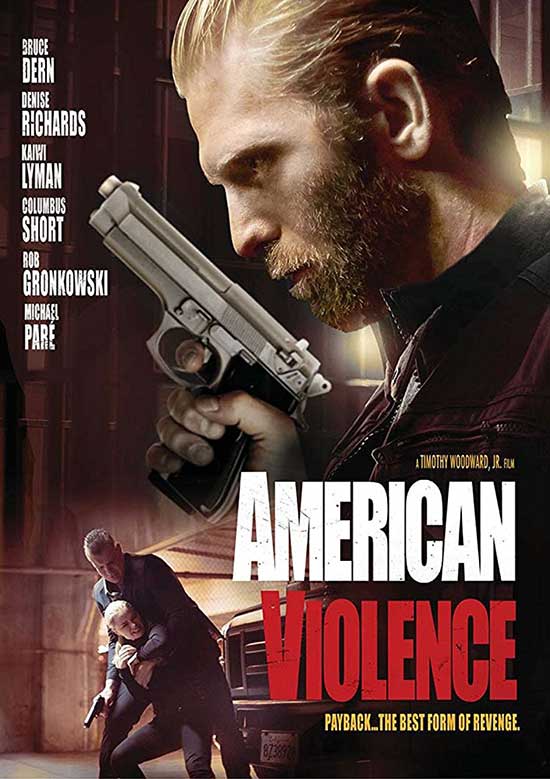 A psychologist interviews an inmate on death row and after hearing him describe why he became such a violent killer she must decide if he gets a stay of execution or not.

I didn’t really know a whole lot about American Violence before I saw it, but I thought that it sounded like it may be interesting (even though it really isn’t my type of movie). I knew that I was in trouble just a few minutes into it when the opening scene -which features Bruce Dern (who must have owed the director a favor or something) as a cantankerous old man yelling at his wife about peanut butter and jelly sandwiches-made me laugh instead of shocking me (which is what it was supposed to do I think). It was pretty much all downhill from there and after nearly two hours of horrific acting (mostly on the part of Denise Richards, who is looking like ten miles of bad road these days), predictable writing, countless flashback scenes, and a cornball ending that was supposed to make me emotional (but failed miserably) I was just beyond glad when the end credits started to roll, and I could move on to bigger and better things.

I’ll admit that the premise isn’t horrible as it could have been thought-provoking had it been handled correctly. It revolves around this intelligent, well-renowned psychologist (that is played by Denise Richards. Think about that one for a moment. Already they have lost the battle with this horrible casting decision) that is obsessed with finding out what makes people act in violent ways that gets to interview a guy on death row who killed several people in various violent ways. After getting to know him better she discovers that he didn’t have the greatest life growing up and that it played a hand on turning him into the violent person that he became later in life.

She also discovers that he may not be such a bad guy after all and that he is just a much of a victim as the people that he killed thanks to all the horrible experiences that he had to endure during his lifetime. The whole “nature vs nurture” argument is definitely present here and had it been a better movie I am sure that it would have led to a lot of interesting debates among viewers after they watched it. Unfortunately, it isn’t a very good movie and instead it comes off a lot more like a poorly-written episode of Criminal Minds or one of the 12,000 CSI shows that most viewers will forget about twenty minutes after they watch it. 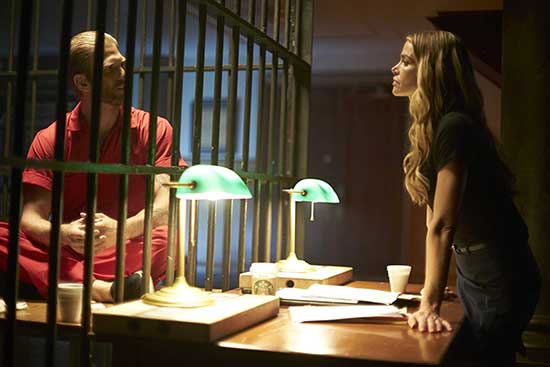 I think that the biggest flaw of the movie (in addition to the writing) is without a doubt the casting. Denise Richards as a super intelligent, highly respected psychologist is as about as believable as Hulk Hogan being cast as Wonder Woman or any of the Kardashians playing a brain surgeon. Her acting is so laughably bad that there were times the movie comes off as more of a comedy than a serious crime drama flick. I have no idea what the people behind the film were thinking by offering her the role, but they obviously made a huge mistake here. Kaiwi Lyman is also quite bad in the role of the killer Jackson Shea and even though his acting ability is leaps and bounds above Richards’ he just isn’t right for the part and there are a few times during the movie that I think he realizes it and just quits trying. In addition to these two, Rob Gronkowski shows up at one point in a mercifully brief role and completely stinks up the place to the point that I was embarrassed for him. (maybe you should just stick to football there, Rob). There are some actual decent actors in the film (such as Bruce Dern and Michael Pare) but the script is so bad that they can’t even save it no matter how hard they try (though I am not sure Dern was really trying that hard to be honest). 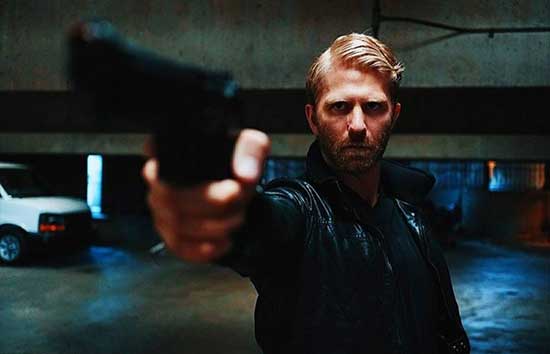 The film is also very predictable. You know how it is going to end about ten minutes into it and when we finally do get to the ending (that most people will see coming a mile away) you don’t even really feel anything (even though you are supposed to) other than a sense of relief that the movie itself is finally over. While there may be a few people out that that may get a little emotional by the film’s conclusion I for one thought that it tried way too hard and came off as just plain corny as opposed to being powerful. 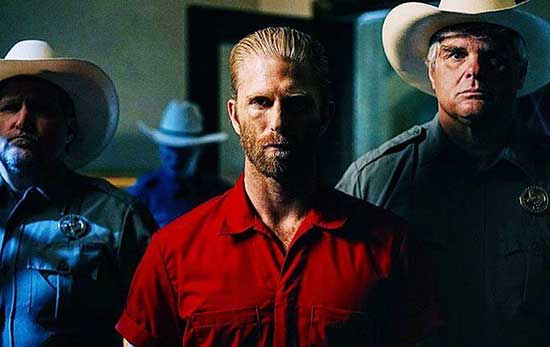 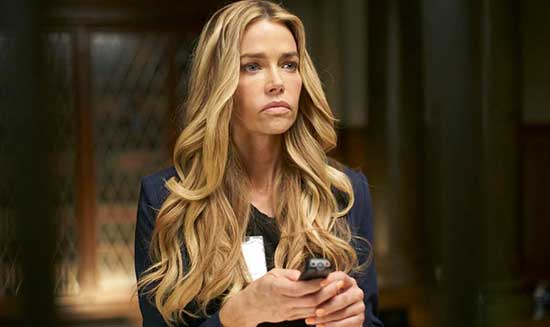 Maybe I just wasn’t the right audience for it, but I just wasn’t a fan of American Violence. I thought that it was way too long, tried a little too hard, and just wasn’t a very good movie in general. It isn’t the worst thing that I’ve ever seen but at the same time I don’t think I’ll ever take the time to watch it over ever again. Check it out if you are into these types of movies but even if you are I have a feeling you’ll walk away from it afterward wishing you hadn’t even bothered.