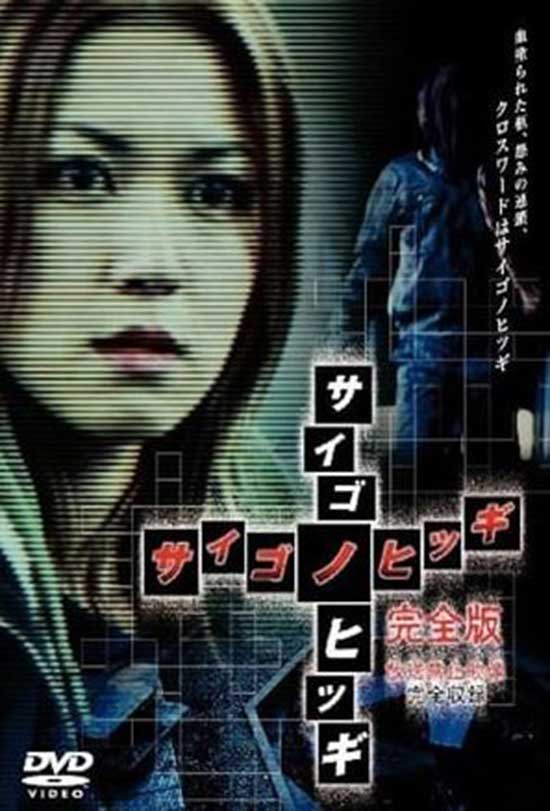 In the movie, a strange crossword puzzle starts circulating amongst Chiri’s (Rena Komine) friends, and they soon begin getting murdered one by one in horrifying ways. At night, Chiri can seemingly view their deaths in her dreams, causing her to lose sleep. Depressed and confused, she wanders into an old orphanage where she spent her childhood and uncovers a long-forgotten link to her past that may help her unravel the mysterious and tragic events occurring around her.

The Last coffin is part of a Japanese TV series Kyoufu Yawa consisting of six feature length episodes, The Last Coffin being the third one. Originally running on KBS Kyoto, TVK Yokohama and SUN-TV in 2003, it was released on DVD in the US by Laguna productions in 2007.

I knew very little about this film prior to seeing it, but it was patently obvious from the very beginning that I was watching a made for TV production, as the production values were very low. So low in fact that I had to pause the film and double check the year of release. Admittedly at first glance I had the wrong year (the year of the US release), but even the original release date didn’t quite explain the picture quality; it being so bad that The Last Coffin looks like shot-on-video production from the mid 90’s, rather than something produced in this century. 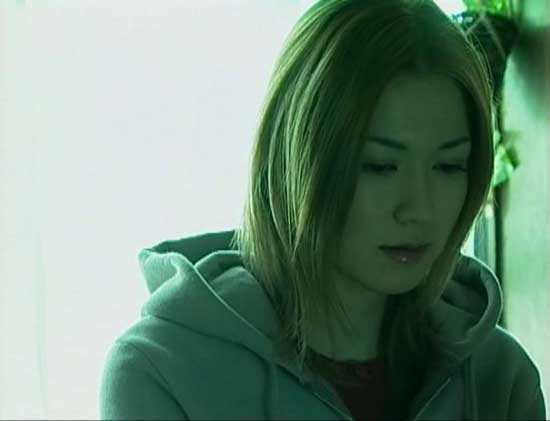 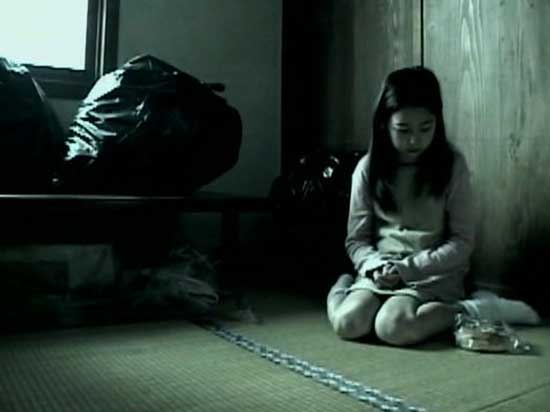 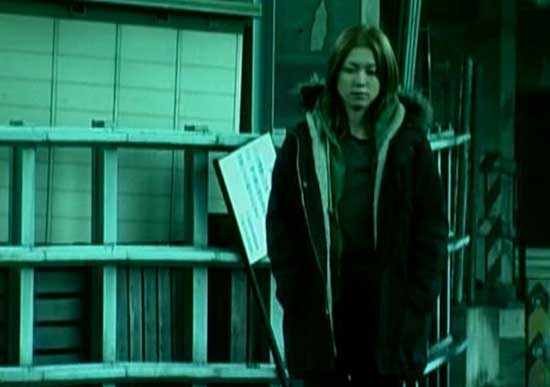 Now, low production values do not necessarily make a bad film as long as the story and acting are solid, but on this case, I do have to unfortunately say that they do eat into the atmosphere of the film quite substantially. I could have easily gotten past the inferior picture quality, I’ve watched films with as bad if not even worse quality and loved them. The problem was that the whole production feels very amateurish and could almost pass as some sort of student production rather than a TV film. In addition, the cinematography is incredibly uninteresting and does nothing to help the story. Sound design also leaves a lot to be desired as a bulk of the soundscape is clearly recorded on location and in many scenes, this has created some rather annoying background static. 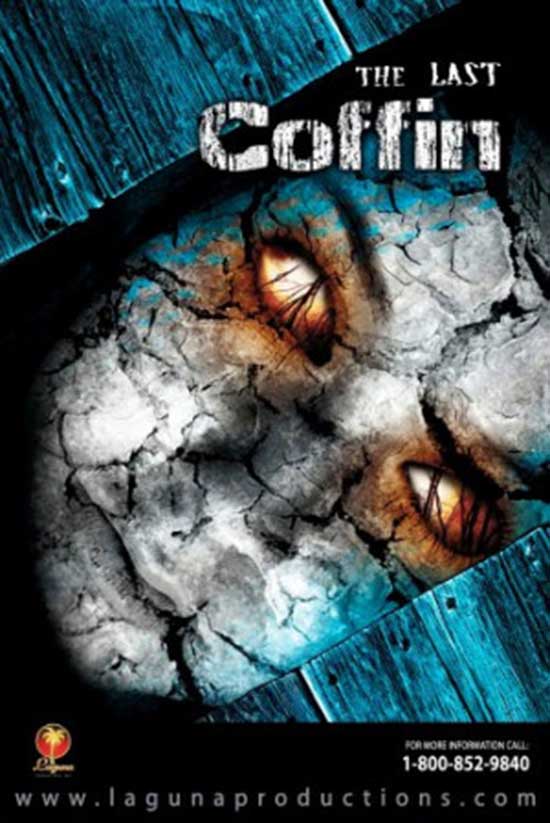 Another production issue is the fact that this essentially brutal serial killer film does not end up being very brutal at all, as we only get to see tiny glimpses of the killings. Now, again, for a film to be brutal it does not necessarily need to show the violence in all its bloody glory, but more subtly approach can some times be more affective (e.g. Benny’s video, 1992 and Funny games, 1997). However, in this instance I got the distinct feeling that the lack of violence was not so much as an artistic choice, as it was a budgetary issue. Of course, this could have been a case of TV related censorship, but either way, in my humble opinion, this particular film could have benefitted from a bit more gore. 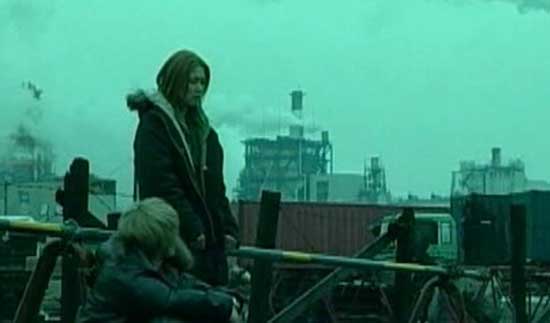 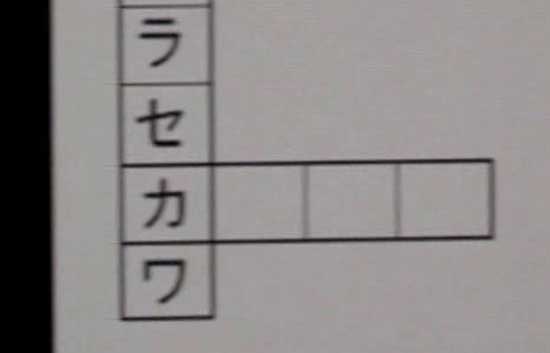 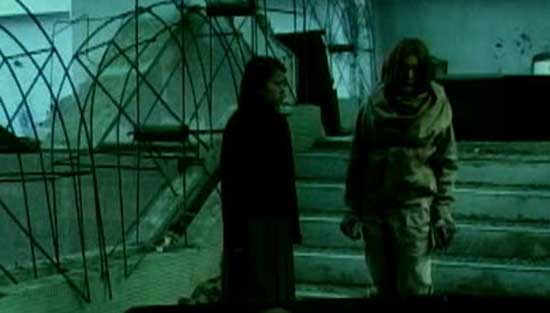 All that being said, the plot of the film is actually not half bad. While I was getting annoyed by some of the more superficial aspects of the film, I did find myself thinking that with a bit of tweaking The Last Coffin could have been a decent little film. The main character Chiri inevitably brought to mind Asami Yamazaki, the ruthless killer from Takashi Miike’s 1999 classic Audition.

While Chiri is a great deal more likeable character than the callous Asami and the two women only really share one feature, being killers, many of the same themes run through both films and it’s hard to imagine Audition not being at least part of the inspiration for the story. Sadly, The Last Coffin never reaches the same level of dread and suspense as Audition does. It lacks the subtle build-up of the mystery and the carefully thought out timing of the story.  This is very disappointing as The Last Coffin has its own unique mystery elements that, with a little tweaking, could have been build up to a respectable little thriller. In other words, the effort is there but the execution fails. 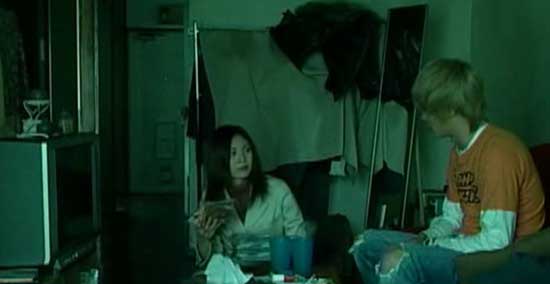 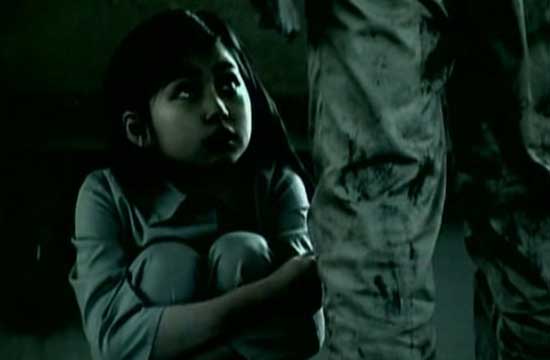 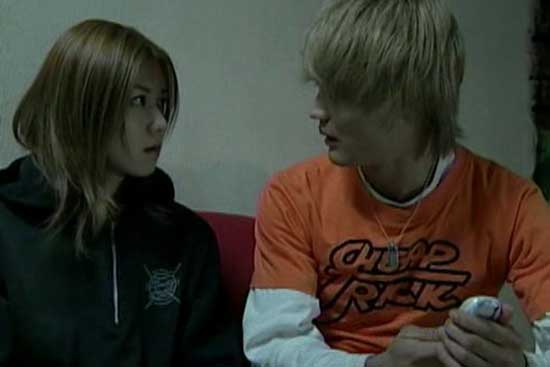 I really wanted to like The Last Coffin more than I actually did. I found watching it somewhat frustrating experience as I could see all the right elements for a satisfying thriller. At very least the Last Coffin had the potential to be one of the better episodes of Kyoufu Yawa (mind you, I’m saying this without reference point, as I have not seen the other five episodes). Unfortunately, the production values and clumsily proceeding plot let it down and make it a relatively unmemorable experience.