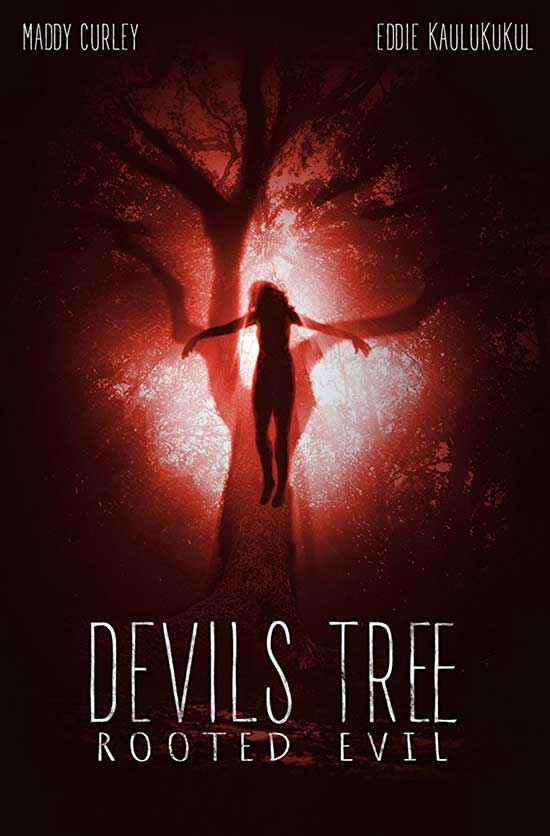 A student journalist seeks the truth behind a series of gruesome murders related to a tree, and discovers something that shakes her believe in reason. Inspired by actual urban legends.

Devil’s Tree: Rooted In Evil is a horror tale about Sam (Maddy Curley, Stick It 2006), a student studying to be a journalist, who chooses to write a story on a local murder spot. The spot turns out to be home to a tree that area residents think is pure evil, and Sam coerces her fellow student Rob (Eddie Kaulukukui, 40 Nights 2016) to tag along as her videographer. Newcomer Logan Gambill plays a young spirit that crops cropping up in Rob’s footage, and sets into motion a terrible chain of deaths.

Writer/Directors Chris Alonso (Not For Human Consumption) and Joshua Louis (Prophet 2015) take a real-life legend, that of the Devil’s Tree in Basking Ridge, New Jersey, as inspiration for the film. Unfortunately, Alonso and Louis gut this legend, ripe with numerous spooky tales and promise, and turn it into a derivative run-of-the-mill ghost story with predictable outcomes, bad dialogue, and truckloads of wasted potential.

The real Devil’s tree has much talk to back up it’s haunted history, such as believed KKK lynchings, murder-suicides, and encounters with a ghostly black pick-up truck that chases visitors. None of this has been incorporated into Devil’s Tree: Rooted In Evil, and all aspects have been replaced with a series of less interesting flashbacks, such as a man who murders two topless teens, and a satanic sacrifice that includes nothing more than a couple of robed figures and another topless woman. As someone who doesn’t mind a little (or a lot) or nudity, those intrigued by its promise will find that it lacks any titillation or purpose.

The acting is not particularly terrible, but it often appears so due to the script’s terrible dialogue, which manages to be mundane and unnatural. Kaulukukui emotes believably when presented with a source of evil, but his dialogue extinguishes any hope of depth in his character. Curley suffers a similar fate, yet her increased amount of screen time leaves her more susceptible to awkward reactions brought on by the writing, and makes her performance look worse in the long run. Young Gambill is serviceable as the spirit of the abused and murdered child Benjamin, but most of his role consists of silently standing or sitting still. 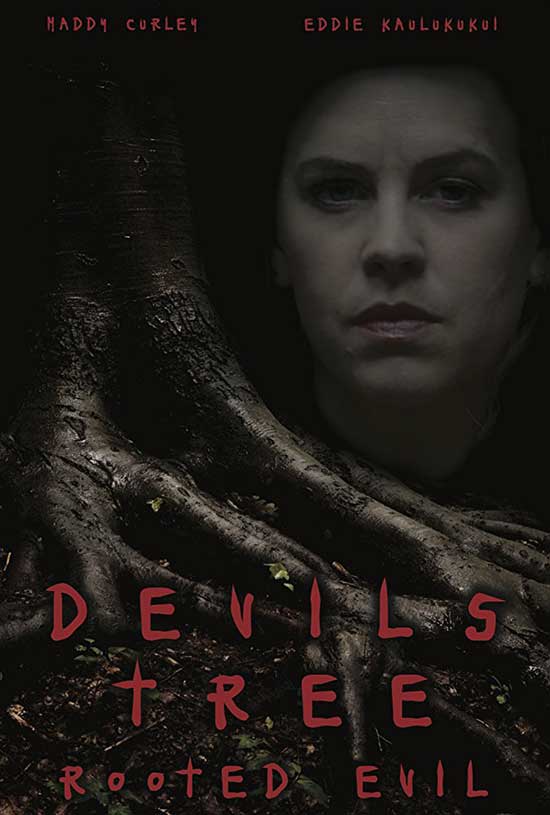 From a technical side, Alonso and Louis do well. The cinematography is crisp, and the shots are varied enough to remain engaging yet standard enough not to draw undue attention. The sound is manageable, and the special effects are mostly gore-related and decent (though they rely too heavily on repetitive throat-slitting). However, technical know-how doesn’t cover inconsistencies caused by a problematic script and directing work, such as characters running off screen and never reappearing for the remainder of the film.

The most interesting segment in Devil’s Tree: Rooted In Evil comes after the film’s plot wraps up, when Alonso and Louis tagged on some actual footage of a purported psychic medium communicating with spirits at the real-life Devil’s Tree. I couldn’t help feeling as though the film could’ve been expertly crafted as a docu-drama in the vein The Fourth Kind (2009), as the tree is still standing, and there’s no shortage of living witnesses to spooky happenings surrounding it. There’s even evidence to show that snow never collects around the tree’s base, yet another touch abandoned in the film’s bland and fabricated plot. Rather than capitalizing on the “true story” elements, Alonso and Louis shoe-horn in several sexual abuse plot threads, none of which do the film—or the subject—any favors. 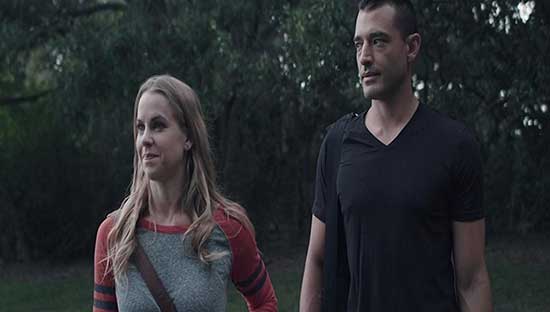 At best, Devil’s Tree: Rooted In Evil will fire some easy-chair investigator’s imaginations, and send them digging into the far more interesting tales surrounding the real Devil’s Tree. As for me, I’ll be waiting for the subject to be done cinematic justice in another attempt somewhere further down the road.