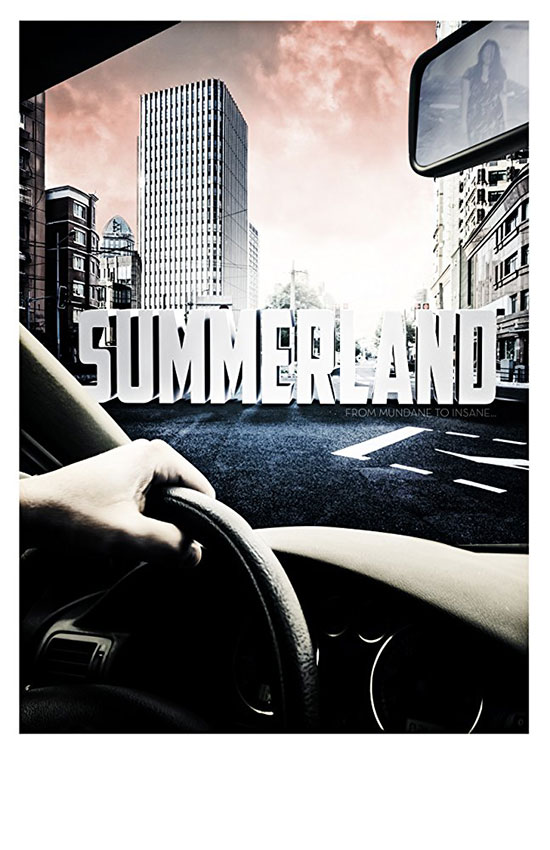 A filmmaker wakes up in his mistress’s bed after accidentally falling asleep there. As he goes through his day, life begins to take a turn for the surreal and disturbing.

Adrian Baez’s Summerland is a short black and white film that feels a lot like the beginning of something much bigger. We hear reports on the news tell of a serial killer in Summerland, California (where else?) that has been killing teenage girls. One can only assume the man in the ski-mask who seems afflicted, disturbed, or otherwise a little off balance is probably this alleged killer. 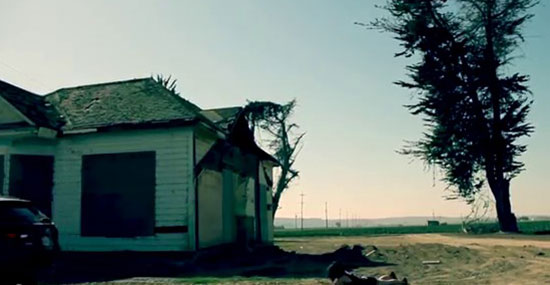 Soon we are proven right, as he grabs a young woman right out of the woods (a fog-drenched woods similar to those of Fantom Kiler, but without the gratuitous everything of Nowicki’s films) and takes her to an out of the way house. But this isn’t a Saw-style torture film; in fact, it’s far from it. In the 15-minute runtime of this short film, Baez tackles anything but what the killer does to the girls he abducts, and that’s what helps Summerland stand out among its counterparts.

This short film is part of the Double Shock Show limited edition DVD released by Cat IV Collective, along with Alexis Rousseau’s short, The Devil In Me. Directed by Adrian Baez (see also Entrails and Amour, Flesh and Blood a Go! Go!, and the upcoming The Bizarre Art of Samantha) and written by Sam Hel and Alexis Rousseau, Summerland uses a clean, crisp black and white look and a bright, borderline cheerful, Spring Breakers-esque opening title sequence to throw the audience off from what is otherwise a very dark picture. Our masked killer is shown having mental breakdowns, an overload of senses and memories and voices that seem to push him to do what he does; based on what we are shown, this could easily be the same killer as in Black Christmas or even a future Leatherface. The only thing we really know for sure seems to be that he likes to toy with his victims before killing them, and that he has definitely done this before.

One thing the audience will be quick to notice is that this film does not follow a traditional story arc. It is more life a day in the life, not starting at the beginning of the story, and not finishing at the end, but instead giving us a brief glimpse into what is obviously a much larger picture.

As I mentioned before, it feels a lot like the intro scenes of a feature length film, no doubt a slasher that might appeal to the art film crowd as well as the horror fans. This abruptness might turn some people off, those who are looking for a complete story, no matter the length.

However, that does not take anything away from the eerie, hopeless vibe that permeates the film. Highlights include the desolate, run-down, middle-of-nowhere setting, the fact that the terror occurs during the day (always a plus when horror is able to bring the tension and sense of unease without relying on the dark of night), and the events that befall the poor girl who has been brought out to the middle of hell. Summerland succeeds in establishing a disturbing scenario, even if it does leave us hanging a bit, and it is for this reason that it is worth checking out.