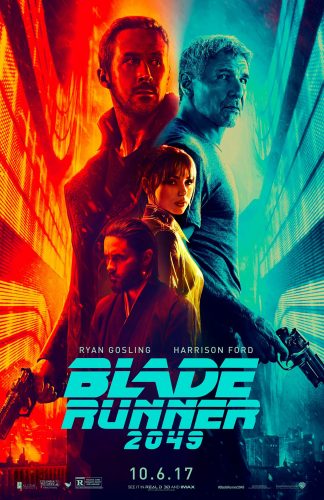 An LAPD blade runner discovers a long-buried secret that has repercussions far beyond anything that he can imagine.

Harrison Ford was the first actor I was a huge fan of during my childhood who portrayed multiple characters I adored. I was eight and-a-half years-old when I saw his portrayal as Han Solo in Star Wars in 1977 and I couldn’t seem to shake the character out of my psyche. The Empire Strikes Back was, for me, even better than the original which seemed like a feat of impossibility given just how entertaining Star Wars was. My fascination with Han Solo only grew with the sequel. In 1981 prior to my thirteenth birthday, I saw him as Indiana Jones in Raiders of the Lost Ark. That summer was spent talking with friends and fellow Boy Scouts about the film, and my imagination ran away with me to the point that I literally believed that I was Indiana Jones, especially when I was away at summer camp, walking and seating my way through a labyrinth of trees, bushes, and vines. 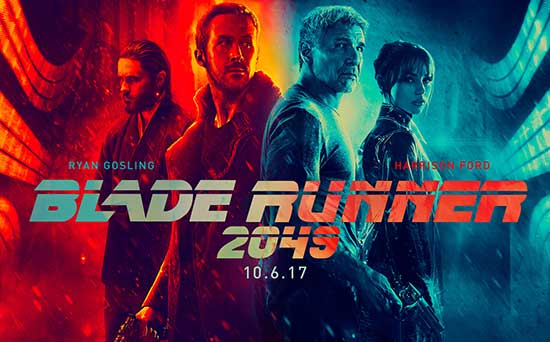 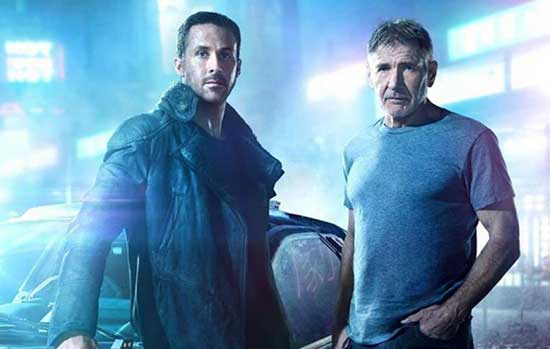 In 1982, I eagerly looked forward to the release of Blade Runner and, given the action-packed and swashbuckling nature of both Han Solo and Indiana Jones, I was disappointed to see that despite the last reel of the film, there wasn’t much action in it for Rick Deckard. It’s difficult to talk about Blade Runner, a film that many people feel is highly overrated, without also discussing John Carpenter’s film version of The Thing. Both films had their origins in the literary world and they both opened on Friday, June 25, 1982. Neither film fared well critically or financially, the latter being universally reviled for its excessive gore. They have since gone on to become highly revered in their respective genres. I can’t say that at the time Blade Runner made a heck of a lot of sense to me, however in the thirty-five years hence I’ve seen all the different versions of the film that have been thrown our way and it has grown on me, second only to 2001: A Space Odyssey (1968) in the pantheon of greatest science fiction films of all-time IMHO.

A lot has happened and changed in the thirty-five years since Blade Runner was released, specifically in the exhibition of films. Blade Runner was, of course, presented in anamorphic 2.35:1 35mm Panavision in Dolby Stereo in movie theaters which pretty much boasted lackluster sound and uncomfortable chairs. I watched the sequel in an AMC Theatre with digital, 4K projection in an upholstered couch that leans back and damn near put me to sleep with its soft and dreamlike comfort. I spent the better part of the film trying my best to time my frequent and massive farts (thanks to a thirteen-dollar veggie burger served to me by a manually-summoned waiter – a replicant perhaps?) to the frequent room-shaking fidelity of the film so as not to offend the poor single bastard in the row in front of me. It was a filmgoing experience unimaginable in 1982. 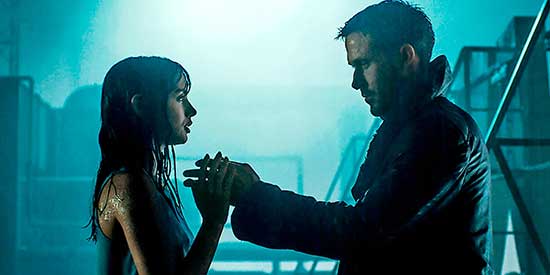 Blade Runner 2049 has almost universally been praised by audiences and critics alike. I’ve seen the film once, and I’m not entirely sure how I feel about it. I know that that probably sounds like a copout, but it’s true. Ryan Gosling has been praised for his performance as K, the blade runner who is tasked with retiring replicants that are nearing their end-of-life span. I saw him in 2011’s Drive and he didn’t appear to be much different in that film. He spends the better part of his time onscreen looking like he’s thinking about something, but I was never sure what he was thinking about. This is not a knock against him, I just believe that this is a film that I need to watch more than once to digest it better because it’s a lot to take in. Summer movies have become synonymous with brain-dead blockbusters that are little more than amusement park rides on a big screen; however, this film falls so far out of the scope of that cookie-cutter nonsense that it’s nothing short of amazing that it was even made this way. 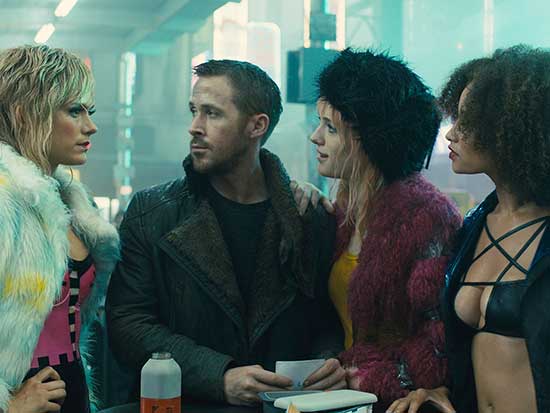 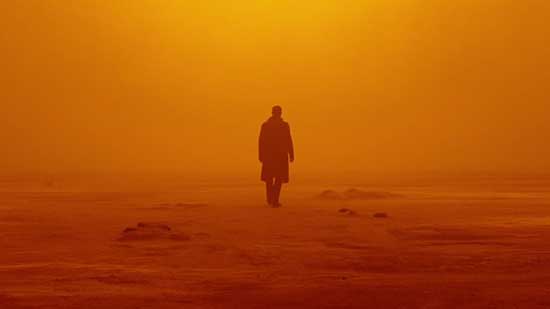 Getting back to K, presumably he’s thinking about the case that he’s working on for his boss (Robin Wright) after he finds a flower in a place that appears devoid of life, in addition to a buried box which contains human remains. He could also be thinking about Joi (Ana de Armas), the holographic partner he shares his small apartment with and appears to have a romantic (though not quite physical) relationship. This sets in motion a series of events that leads K to his eventual showdown with Rick Deckard (Harrison Ford) which comes in the last act of the film. 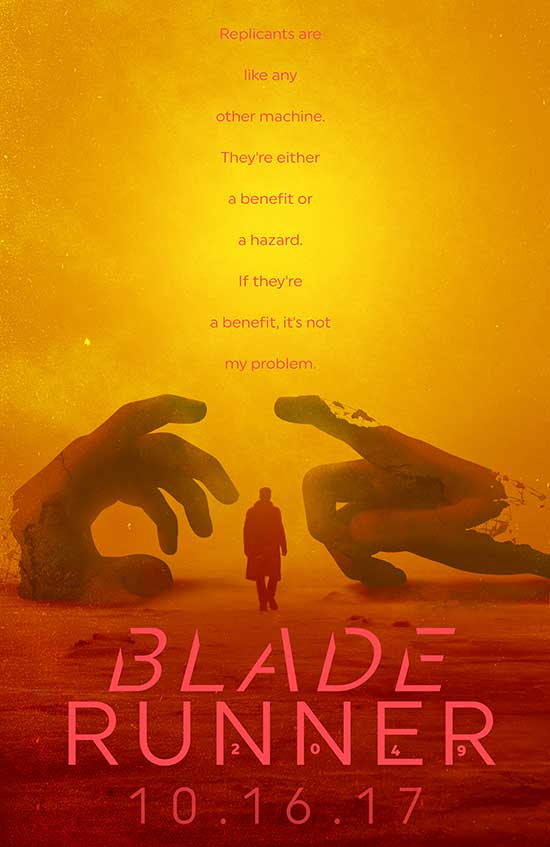 We’ve all seen movies that we initially didn’t care for only to revisit them with follow-up viewings and end up loving them, wondering what on Earth we didn’t like about them the first time we saw them. I suspect that my reaction to this film will fall into that category. If you haven’t seen Blade Runner and are considering seeing the sequel, I would strongly urge you to watch the 2007 final cut first as it will make the sequel make much more sense. Blade Runner is available on DVD, 1K Blu-ray and now 4K Blu-ray.